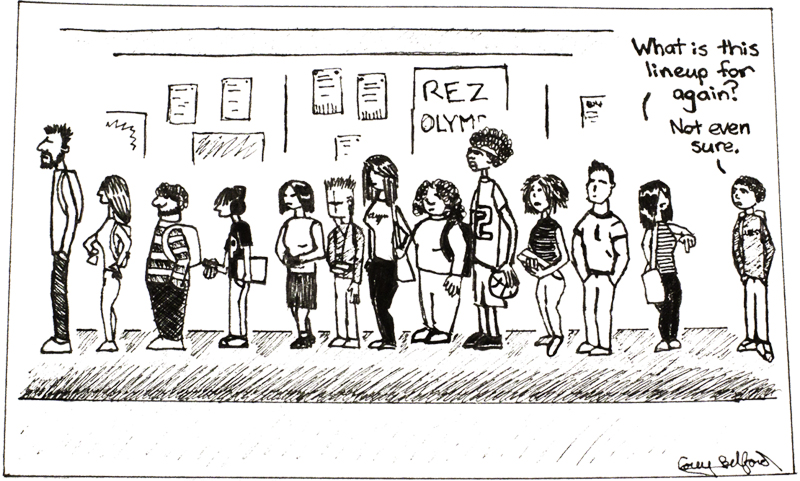 This week I was made aware of the history behind EPUS and its complex role in representing nearly 1,000 part-time undergraduate students at UTM. It was a difficult process, to say the least. Stefanie Marotta, our News Editor, was only recently able to get the information she needed to dissect the story, after nearly three weeks of research. Going through her work, I noticed something: there is a tremendous amount of misinformation on the EPUS and its relationship to students, UTMSU, and APUS.

Much of the misinformation, I suspect, stems from general confusion on the subject. There is no document that explicitly states who represents part-time UTM students in specific circumstances, like UPass distribution. The only constant (for the last four years, at least) has been APUS. We know that part-timers have paid an incidental fee to APUS, and that APUS has advocated for part-time students on a tri-campus level.

EPUS, when they were active, represented students on a local level—similar to how all full-time UTM students pay membership to both UTMSU and UTSU, the downtown student union. Currently, EPUS is trying to reorganize and has not collected any fees this year from part-time students. It seems to me, then, that while EPUS may be promoting the interests of part-time undergraduates, the legal responsibility falls on APUS. As Ms. Marotta explained in her article, this isn’t a big deal—APUS “expressed their pleasure at the revival of EPUS”.

However, as the UPass fiasco has shown, there have been issues when the UTMSU has tried to step in for part-timers. Regardless of whether their actions were for the benefit of part-time students (personally, I think they were), we have seen that the method by which UTMSU has provided such representation has been detrimental. I would argue that the $121,000 subsidy the UTMSU shelled out for the U-Pass this past year is largely a result of not properly consulting APUS prior to holding the UPass referendum last November. That $121,000 came from the pockets of full-time students.

Similarly, I don’t think UTMSU has done anything to dispel the impression that they are the ones who represent part-time undergraduates. The fact that they have a VP Part-time Affairs whose salary is paid by full-time students seems a little off to me, and only adds to the general confusion.

Whether or not the UTMSU’s involvement in promoting part-time students is to the benefit of the part-time community, more clarity is required to move forward. I assume this is why the UTMSU is so keen on reviving EPUS and working towards the part-time UPass that way. That said, the issues with APUS have not changed. Jeff Peters, the president of APUS, stated to us that he was unaware that EPUS had been revived at all, which begs the question: Is this another unilateral move on the part of the UTMSU, and if so, will it devolve once again into the threat of legal action over the representation of part-time students at UTM?