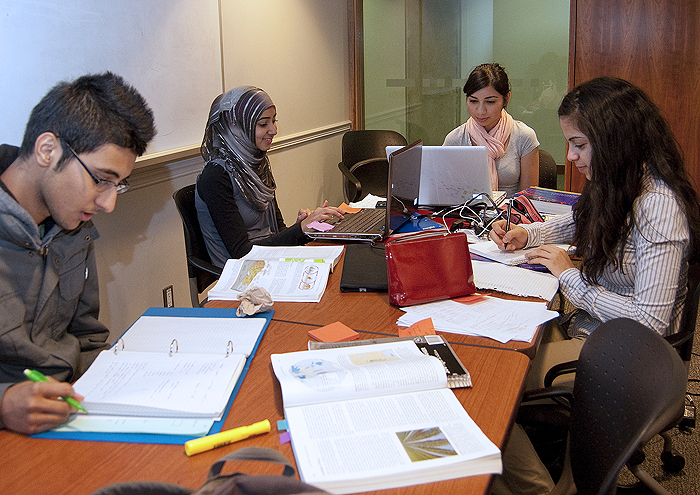 Last Friday, the Hazel McCallion Academic Learning Centre announced that it would reintroduce the 24/5 schedule abandoned less than a month ago. UTM Chief Librarian Mary Ann Mavrinac posted a message on the homepage of the library website that read, Great news! Your student union and your library have collaborated to reintroduce 24/5 hours of opening, five days a week during study and examination periods in December and April funded by the Office of the Vice-President and Provost. The change will take effect in December 2009.

The library cancelled its 24-hour service only last month, offering alternative shortened hours due to a lack of funding from the office of the Vice President and Provost. The     UTMSU immediately began a campaign to inform students and persuade the Universitys administration to fund the service.

Over 12,000 students signed a petition supporting the 24-hour library service, which UTMSU then presented to University of Toronto President David Naylor at a town hall earlier this month. (Nearly 100 students joined UTMSU at the town hall.) Students argued that with the new, shortened hours of service the safety of those who study late at night would be compromised as they returned home or to their rooms instead of remaining at the library.They also referred to other campuses that still offer a 24-hour library service, and contended that services should not decrease while tuition fees increase.

It is the drive, the compassion, and solidarity that we students have that win these battles.

It is proof that getting involved, knowing the issues, and speaking out get results, said UTMSU President Joey Santiago, adding that the UTMSU and the Library will make an official announcement later this week.

Santiago thanked the Office of the Vice-President & Provost Cheryl Misak for funding the 24-hour service and encouraged students to express their gratitude to both the Provost and the UTM Library for their efforts.

Mavrinac credited both the town hall and the Librarys Tell Us What You Think comment forum for helping communicate the message. We delighted to obtain the necessary funds to support student success during the extremely important study and examination periods, said Mavrinac.

Details about the Librarys hours of service are available online at library.utm.utoronto.ca/hours