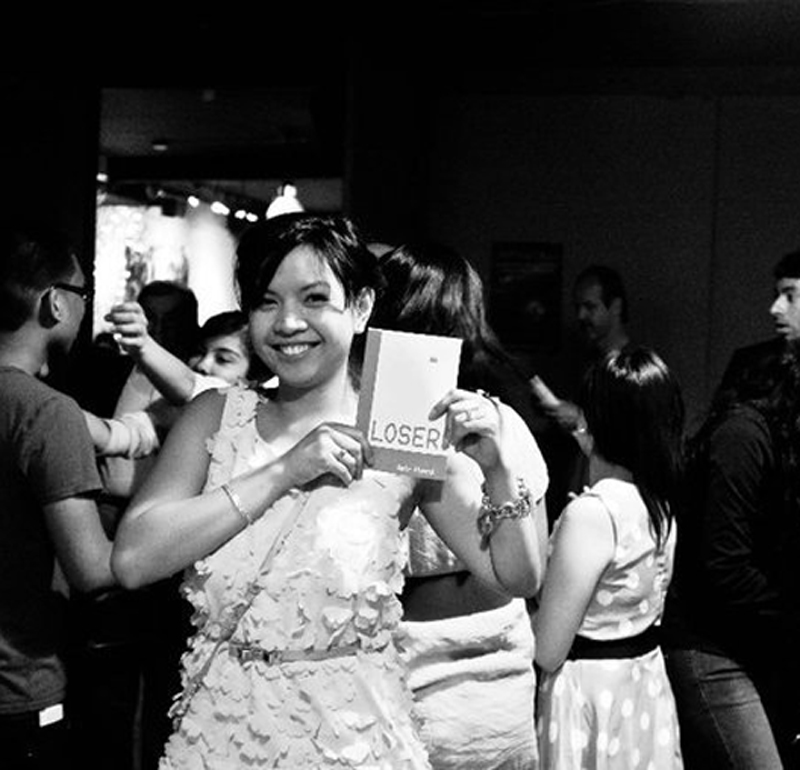 This is a story about 12 people, one course, and cartload of font choices. It has a semi-sex joke in it, too.

The course was WRI420. If you check the UTM course  calendar, you’ll know it’s called “Making a Book”. I took the course in 2011, in the last semester of my last year. It began, like all writing classes, in CCT 3124—the first room on the third floor.

I sat with the other students at room 3124’s horseshoe-shaped conference table. It was 3:14. The class was supposed to start at 3:10.

Our professor, Dr. Guy Allen,  entered through the door clutching a ripped, worn cardboard box. The box was filled with books. They jittered, skittered, and overflowed out of the ratty cardboard. A stack of them fell on the desk as he set them down.

“The book is a sensual object,” professor Allen proclaimed.

What he meant was that a book is a physical object. It has a weight, it has a scent; the pages have a certain feeling. Don’t worry—I thought it meant something else, too.

“It’s also a sacred object,” he continued. That term didn’t have dirty implications, at least.

The “Making a Book” course is the culmination of UTM’s professional writing program. At face value, it’s a simple premise: the chance for students to compile their work, or create new work, and self-publish a bound and printed book. In WRI420, we did everything; we chose fonts, we chose spaces. Every dimension, every cut, and  every graphic choice you don’t see when you open up a book, we made. We chose paper. We copy-edited. (So. Much. Copy-editing.)  I’ll repeat: it’s a simple premise. But the reality of what the course does runs deeper—it goes beyond the mechanics of prose and dives into a principle.

The principle of “Making a Book” is empowerment, Dr.  Allen told us. This principle includes using short print runs to sell small books to a community. As Dr. Allen told us in lecture, the mainstream media does not reflect the real Canada, and the wealth of stories in vibrant communities like the GTA. You’ll never see a book about a Chinese girl growing up in  India (Goodbye, Calcutta) in a Penguin lineup, or a book about a nine-year imprisonment in a Syrian prison (Just Five  Minutes), or a book about the edges of where we live (Dwellers on the Threshold). There were  stories out there that weren’t  getting told. But I’m pretty sure that someone out there thinks they’re stories worth writing.

“I gained a new passion—not just for writing, but for books in general,” said Jodelle Faye  DeJesus. Jodelle published her book, Opening the Lampshade, this year. The book describes her childhood in the Philippines.

“This book will scream, ‘You can do it!’ ” says Catherine Lopes, a fourth-year professional writing student. Lopes is set to start the course in January. She plans to write about food: how it goes beyond the human need for survival and lets us explore love, community, and identity.

At the end of the course, it’s a tradition to hold a launch party at The Supermarket in  Kensington Market in Toronto. The  party is usually sometime in June. You’ll see posters going up soon, telling you where to go. If you’re interested, check it out. I can assure you that you’ll hear stories you’ve never imagined before.

By the way, if anyone wants to know, my book was called Loser. It wasn’t very good. In fact, the text, the layout, and the whole damn  colour scheme turned out pretty crap, its only saving grace being a spectacular font choice (Apollo MT—possibly the most beautiful font out there).

But even if my first attempt failed, maybe that wasn’t the point of the course. I’ll be releasing a free e-book called Glitch through Smashwords.com in late January, and starting a new project soon after. Maybe it’s not a good idea; maybe the story will suck, maybe no one will read it, maybe my time will have been  wasted. These books, like Loser, will be hard. They’ll be brief. They’ll be DIY. They’ll probably turn out hesitant, half-baked, maybe poorly written.

But they’ll be mine. And I guess that’s a story worth  writing about.