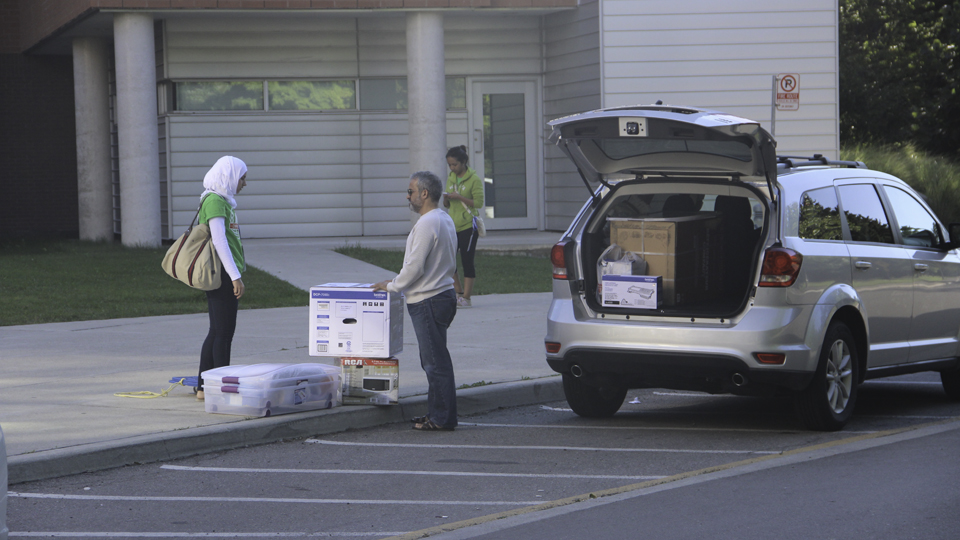 Dale Mullings, UTM’s director of residence and student life, said that there are no plans to reduce the winter residence fee imposed on residence students who stay on campus over the two-week winter break. The $400 fee, which is equivalent to a month’s rent at Homestead, caused a stir last year among residence students who felt it was unnecessary.

There is no official breakdown of the expenses, but Mullings described the services offered to students during the winter break.

There are on-call staff, such as dons (for lockouts and addressing smaller issues), a live-in staff member (for emergencies like hospital visits and tank leaks), five professional staff, the assistant director of residence life (for issues like mental health concerns), the director of residence life, maintenance technicians, and grounds staff (to clear the snow). All staff are paid to be on campus during the break.

There are also hydro and heating costs, as well as costs to run programs, of which there were eight last year, with an average of about 10 students in attendance.

Campus Police must also be paid to respond to a higher level of incidents than they would have to if residences were closed.

“We charge less than the weekly rate for the cheapest unit,” said Mullings. “The idea is not to be gouging students.”

Theodore held an open forum in Colman Commons on September 25 to talk about the fee and solicit input on what could be done about it.

Three students besides Theodore and Zheng attended and provided feedback about the three options that Theodore presented to them: to keep the cost at $400 but to have food included; to advocate for a lower price, provided the services remain the same; or to have all residence students pay an extra $30 per year to fully subsidize those who stay over the break. The students in attendance liked the first option the best, according to Theodore.

Mullings replied that the fee would be above $400 if food were included. Keeping Colman Commons open over the break would be a question for Chartwells, he added.

Last year, Residence Council initiated a bursary program to disperse $10,000 among students who apply out of need. The bursay was not limited to those who stay over the winter break, and drew over 50 applications. Twenty students were given a bursary of $500 each.

The application for this bursary will open again in January. There’s a possibility of increasing the total amount of the bursary for 2014/15, said Mullings, who also mentioned the potentially cost-free option of having students stay in the homes of nearby residents.

Last year, fifth-year student Nengi Adoki organized a group of 10 residence and non-residence students to meet with Mullings and the communications coordinator, Emma Beamson.   The students wanted justification for the fee. Adoki also raised issue with the fact that she was not made aware of the fee until late in the year when she made the decision to stay on residence.  Because of that, Mullings said, this year it’s written explicitly in the application for residence, and students are able to indicate if they’re interested in staying over the break on the form. Applications for staying over the break went up on October 7.

UTM began offering students the option to stay on residence during the break in 2008 at an initial rate of $250, which was increased to $400 three years ago to pay for on-call staff. For the past three years, 100 students have stayed on residence over the break. There is no record of how many of those students are international students, for whom returning home over the break is less commonly an option.

Right now, there are 30 vacancies in residence, with openings for students to apply to live on residence in January.