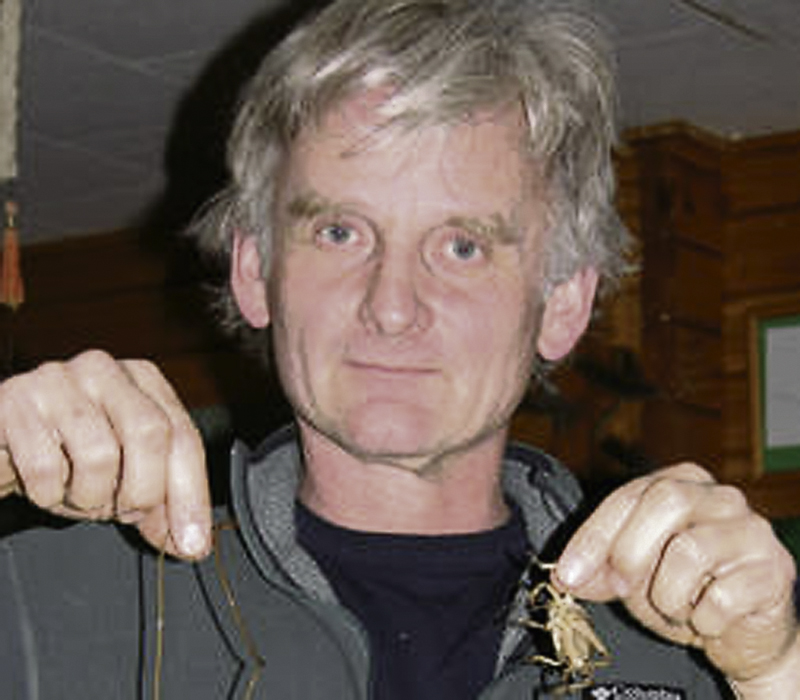 In 1983, Darryl Gwynne, a biology professor at UTM, wrote a research paper about Australian jewel beetles who were so determined to mate with beer bottles that they were willing to die trying. Twenty-eight years later, Gwynne and his partner David Rentz finally won an Ig Nobel Prize for their research.

“It’s not a boring ceremony, with presentations and speeches. They try to have some fun with it,” Gwynne said. What Gwynne found particularly amusing were the acceptance speeches. The winners are given one minute to give a speech on being presented their award and, if they go over the time limit, the organizers have devised a clever way of getting them off the stage.

“They get a little eight-year-old girl to come up right beside you and she just starts yelling, ‘Please stop! I’m bored!’ ” Gwynne and Rentz decided to have some fun with the scenario. They purposely went over their time limit and when the little girl came up on stage, Rentz turned around and handed her a stuffed koala bear.

“We got a great bit of laughter and an extra few seconds,” Gwynne said.

When he first won the award, Gwynne received a lot of media coverage, something he hadn’t expected.

“That was a surprise to me. I didn’t realize how such a little story could cause so much press. I’ve done a lot of interviews and gotten a lot of attention,” Gwynne said. Still, he admits he doesn’t mind the attention, and says that the press coverage has allowed him to get back in touch with students, colleagues, and relatives he had not heard from in a while. He called it an “added bonus”.

One of the interviews Gwynne did was for Marketing and Communications at UTM, currently posted on UTM’s website. In the article, Gwynne is quoted saying, “I’m honoured,I think”—which he admits was an attempt to be funny.

“I was being a bit facetious. It’s actually a great honour. The Ig Nobel Prizes use humour to attract people’s attention, but also gets across an important message,” Gwynne said.

Gwynne’s research brings an important issue to light: the improper disposal of beer bottles is killing off this species of beetle. It also brings up an important point of sexual evolution.

“It’s a perfect example of Darwinian sexual selection. Males are the only ones who make mating errors; females never do,” Gwynne said.

The Ig Nobel Prize has sustained several controversies in the past, with some scientists thinking that it belittles scientific work. Gwynne disagrees.

“It uses humour to attract people’s attention. Humour is so critical to get across an important message. The Ig Nobel Prize allows people outside of the scientific community to see what it is we actually do. It makes things accessible, which I think is so important.”