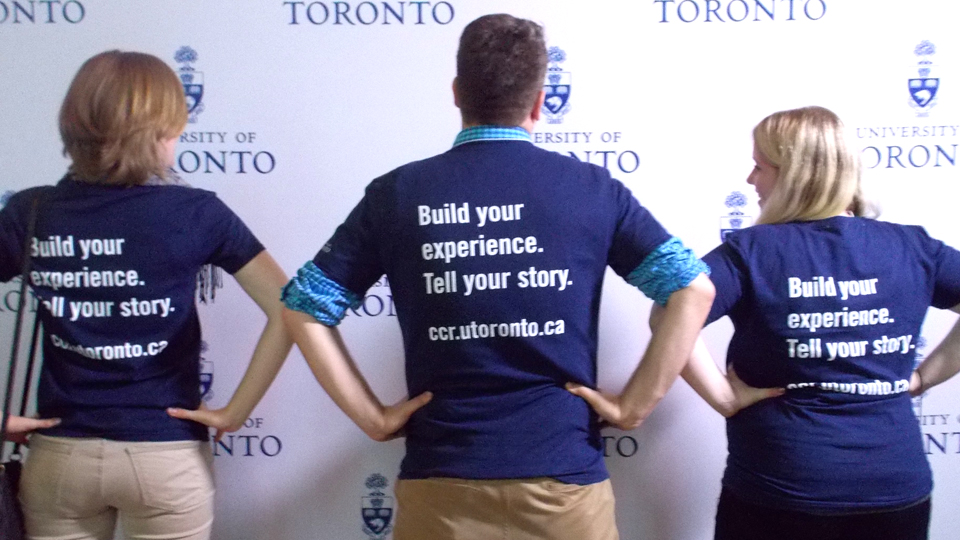 The celebration of U of T’s new co-curricular record saw students, staff, faculty, and alumni come together at Hart House to mingle and talk about extracurricular involvement, its benefits, and the definition of leadership. The official launch of the online database was on September 10 with about 450 activities. Kimberly Elias, program coordinator of the co-curricular record, said that up to 1,000 activities are expected to be included by December, and 4,000 by September 2014.

The co-curricular record is an official U of T document that tracks both undergraduate and graduate students’ engagement outside the classroom, links those activities to competencies, and provides students the opportunity to present their extracurricular activities to future graduate schools and employers as a complement to their academic transcripts.

The evening started off with a networking event in the East Common Room of Hart House. About 80 students signed in, had some fruit and cookies, and were seated at decorated tables as staff of the Office of Student Life encouraged students to speak to the other people at their tables about their involvements at U of T.

Students were invited to discuss what they would change about their “academic journey”, what legacy they wanted to leave behind, and what motivated them to come to the launch. Besides the free food, students said they came to celebrate the CCR and to learn how to get more involved.

After discussions at the tables ended, four U of T alumni who had each won a Gordon Cressy Leadership Award in 2008 were invited to come up and talk at a panel about their experiences of being involved at U of T.

Varuna Prakash, who came to U of T as an engineering student and who has returned as a medical student this September, wanted to emphasize that getting involved yielded more benefits than she anticipated. Josephine Comegna, a litigation associate at Himelfarb Proszanski LLP who won the Cressy Award for her numerous contributions to the U of T community as a law student, touched on finding a passion but not limiting oneself to activities relevant to a career in the chosen field of study, instead looking at the transferrable skills to be gained from different activities.

Randall Baran-Chong, a former commerce student and now a manager at nD Insight, said that students benefit in the long run from helping others more than themselves.

Students gave each speaker several rounds of applause before being surprised by the arrival of members of the MoveU team, who had arrived to lead the audience in a flash mob in the Great Hall.

The launch in the Great Hall saw a total of 250 students, staff, faculty, and alumni listen to speakers as they munched on hors d’oeuvres.

“The CCR has been a long time coming. It will actually let students know what they can get involved in,” said Amy Mullin, UTM’s vice-principal academic and dean, at an interview during the launch. “It will celebrate and document what they’ve been involved in, as well as reflect upon and identify skills that they have gained by participating in those activities.”

Jill Matus, the vice-provost students, spoke briefly on the benefits of the CCR before Lucy Fromowitz, assistant vice-president student life, gave a background on the CCR and the process leading up to it.

Fromowitz encouraged students to ask if the activity they participate in is represented on the CCR database, and if it’s not, then to ask “Why not?”