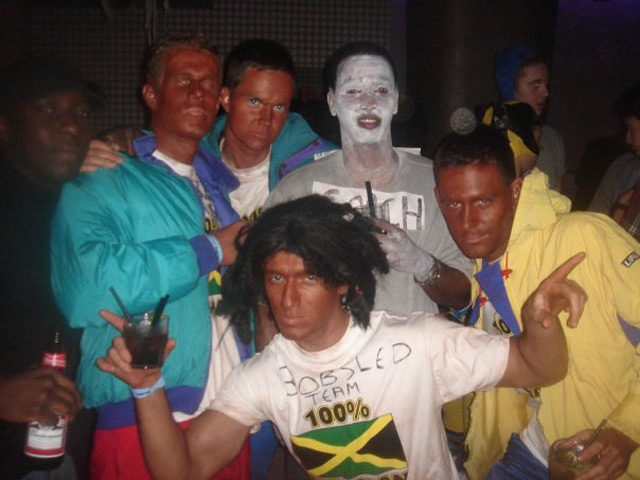 Last Tuesday night, the Black Students Association at the St. George campus organized a town hall that saw 250 students in attendance. The topic at hand  was a costume donned by five U of T students at a Halloween party on October 29.  The five students  caused a stir after the website Tororontoist.com reported that they won a costume award for dressing up as the Jamaican bobsled team that was depicted in the 1993 movie Cool Runnings. The movie features four Jamaican men who work with a white trainer in order to compete in the Olympics.

The students portrayed the films characters by dressing in bright tracksuits and  t-shirts that displayed the Jamaican flag. One black student layered his face with  white clown make-up to pose as the white coach, while the four white students wore dark foundation.

The Black Students Association said that it wasnt impressed with the costumes. It also requested official apologies from the three colleges that hosted the party. The five students responded that they chose to dress as the bobsled team because the movie played a large role in their childhoods.

Student Deryn Robson, the organizer of the party, said he didnt think the costumes would cause offence but later expressed embarrassment at his ignorance of the history behind blackface, a 19th-century theatrical make-up that white actors would use to portray black characters.

The five students who dressed as the bobsled team attended the town hall and issued a formal apology to those who were offended or hurt by their costume.