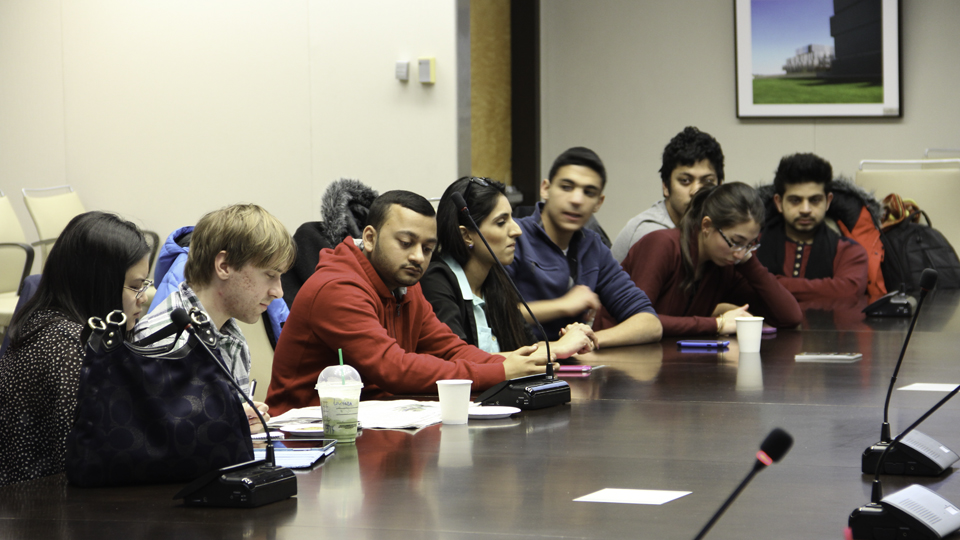 The unofficial results of the Student Centre expansion referendum held last week have not been released as of press time.

UTMSU’s president, Raymond Noronha, had promised the results in time for this issue, in an answer he gave to Jill Kennedy, station manager of CFRE, at a Student Centre Tenants’ Meeting on January 17 in which he assured her that they would be “in that Monday’s issue of the Medium”.

According to UTMSU VP internal Nausheen Adam, the poll clerks are taking longer than anticipated to count the votes. As such, the Elections and Referenda Committee will not make the results public until Monday, February 3.

“The poll clerks got tired and had to go home,” said Adam.

On Monday last week, the day before voting opened, the UTM Debating Club held a forum at which students could discuss the referendum, inviting UTMSU and the Medium.

Over 30 people attended the event in the Davis Building’s Council Chambers, most of whom answered an opening question to say they were in favour. Six were undecided.

Swapnil Shah, a first-year computer science student, was one of the latter.

“I’ve had a couple of lectures that have been interrupted by the students’ union […] pretty much trying to convert us to say yes,” said Shah. “But most of the reasons they come up with are pretty much cookie-cutter reasons. You see these reasons on the website and the people who are giving these speeches are saying those reasons word-for-word.”

Shah invited UTMSU executives to speak for the expansion “in their own words”. Hamza Ansari, UTMSU’s VP university affairs and academics, took the question and cited the campus’s growing enrolment.

“What’s also important is the unprecedented deal that we’ve received from the university. A dollar-to-dollar match […],” said Ansari. “Sitting behind closed-door meetings, you might not know what it’s like to face the administration. It’s extremely difficult. It’s extremely political.

“We’re interested in always lowering the fees for students,” he added. “This dollar-to-dollar match from the university is the best deal we’re ever going to get on the table.”

Noronha also took multiple questions on whether students want fee increases from a union that, in the askers’ opinions, had a mandate to lower fees. “It’s the democratic process and it’s the decision of the students on this campus that we respect […],” said Noronha. “There is also a high possibility that on Friday, when you get to hear the unofficial results, a majority of students will vote against the referendum.”

When asked about UTMSU’s large-scale yes campaign, Noronha replied that anybody could have formed a “no” advocating committee and that notice had been given of the deadline of January 10 to form such a committee.

He also mentioned the referendum notice ads that UTMSU placed in the Medium mentioning the deadline, and which appeared in the January 13 and 20 issues.

“I truly wish there were a ‘no’ advocating committee […] because in that case it’s more fun engaging students on campus, because they don’t only hear one perspective, they hear multiple perspectives, and that’s when the students actually get a chance to see what’s right and what’s wrong,” he said.