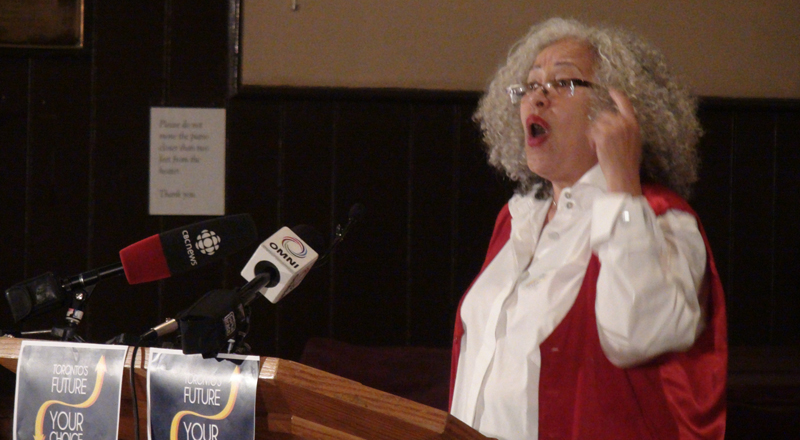 After a tedious and conflict-filled mayoral race, the “One Toronto” campaign kicked off last week in an effort to change the nature of the municipal election. Various environmental, arts, labour, and social justice groups have joined forces to encourage Toronto residents to get involved, become aware, and take action for their city.

The campaign holds value for projects that have been relatively neglected by mayoral candidates when they focus primarily on financial matters. One Toronto seeks to rally citizens together to enhance services and initiatives in Canada’s largest urban centre. Among these demands, there is emphasis on education, immigration, affordable public transit, culture and arts, and environmental initiatives.

“Students are paying lots and lots of money to go to school, so they need services that are going to be saving them money, but also helping them to get around,” said Sandy Hudson, chairperson of the Canadian Federation of Students Ontario, during Tuesday’s launch meeting.

With the election less than a month away, One Toronto is optimistic that they can still reach the numerous passive and uninformed citizens who haven’t yet been exposed to the advantages of participating in this mayoral election.

The campaign’s slogan, “Toronto’s Future: Your Choice”, is ultimately a call to action for Toronto’s voters. It encourages concerned residents to get informed and involved, and to ask questions of their candidates.

The OneToronto vision, endorsers, and call to action can be found online at onetoronto.ca. Individuals are encouraged to join the campaign by signing up for updates from the site, joining their Facebook page, and tweeting their support at #OneTO.