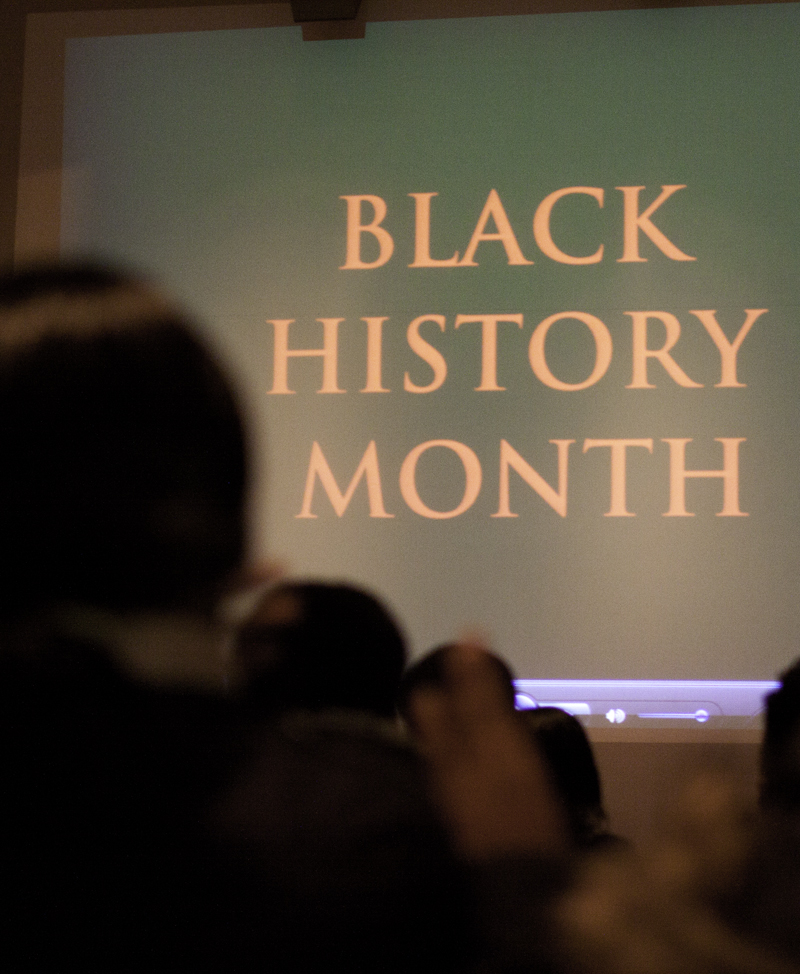 Last Tuesday, Caribbean Connections, Erindale Campus African Student Association, and UTMSU came together to launch the start of Black History Month. This month’s theme is “Honouring the past. Inspiring the future.”

With about 50 students and visitors in attendance, the ceremony started with a video of black history in Canada, beginning in the 17th century with Mattieu da Costa, the first black man to enter Canada. The video showcased several prominent black figures throughout history to the present, including Oscar Peterson, after whom UTM’s Oscar Peterson Hall is named.

“Today we’re exploring our theme for the month, which is exploring our past,” said Chiamaka Ugwu, a member of CC and ECASA and one of the emcees for the evening.

Ugwu highlighted the fact that speakers for the night include people from different ethnicities and backgrounds. “We want to show that the journey of black people is not something we’ve faced alone.”

The first speaker of the night was Ebi Agbeyegbe, a member of Erindale Campus African Student Association. Agbeyegbe came to Canada from Nigeria and found it difficult to fit in at UTM until he found and joined ECASA. When asked how coming to Canada had changed his life, he said it allowed him to have an education.

Michael Chan, president of the Canadian Asian Student Society, spoke about adversity in Canada. “I was skeptical to do this at first because I never faced adversity, so I went to my parents and grandparents for stories,” said Chan, whose great grandparents were some of the many Asians who worked to build the railroads in the 1800s.

“You should be proud of your past,” concluded Chan.

Shadell Permanand, who works at the Anti-Racism and Cultural Diversity Office at the St. George campus, spoke about her experience working in the Jane and ­Finch area.

Permanand concluded her speech by singing a song and relating an African proverb to the audience, which says that “a tree cannot stand on the ground without its roots”.

UTM student and one of the organizers of the event, Aresell Jospeh, sang a song and performed a poem she wrote herself. When asked if she had any words about the celebration, Joseph said, “Honour your past and inspire your future.”

Black History Month first started as Black History Week in 1926 by Carter G. Woodson, an African-American historian, author, and journalist. The week-long celebration was aimed at educating blacks about their history and filling them with a sense of pride in their race.

The first Black History Month was celebrated in 1976 in Canada and the United States.

The night included a short intermission with food and drinks and ended with a discussion about the importance of Black History Month.

Other Black History Month events happening throughout February include an open mic on February 7, an art gallery display in the CCIT atrium from February 8 to 10, and a Valentine’s semi-formal at the Blind Duck on February 14.