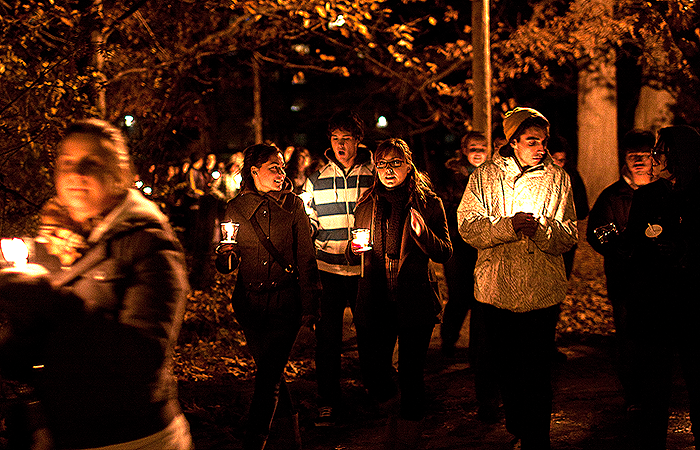 The fourth annual Light the Night event was held last Thursday evening to raise awareness about violence against women.

According to Statistics Canada,  women between 14 and 24 experience the highest rates of sexual assault. Even though reported cases of violence against women have been declining somewhat since 1993, women are still far more likely to be stalked, assaulted, or even killed than men.