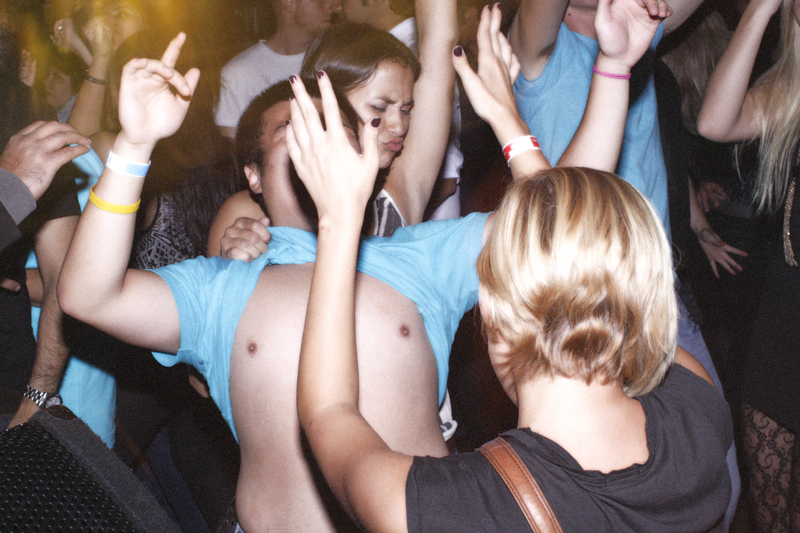 UTMSU kicked off the year with First Pub at the Blind Duck on Thursday night. Hordes of students gathered outside the Student Centre before the doors opened at 10 p.m., in anticipation of the night ahead.

“The feeling is exceptional to see the people come out to this event. It’s a great start to the year and I feel the spirit of the students coming to rock the night away. I hope that this will continue throughout the year,” said Gilbert Cassar, president of UTMSU, as he interacted with the students in line. Gilbert and the other executives from the student union were actively involved in the event.

“It’s exciting,” said Shane Madhani, manager of the Blind Duck Pub. “It’s the same as every event: tickets sell out within 24 hours, and if the capacity of the pub was increased to 1,000 from the current capacity of 500, I wouldn’t be surprised if tickets would still be in high demand.”

According to Madhani, DJs at the event were from ICS Nation and they have been employed at UTM’s pub events for years. ICS Nation DJs perform at many events in downtown Toronto.

“It’s my first year, and I thought I’d check out the night life at UTM. I also hope this is an opportunity for me to meet more friends on campus,” said Emiri Kawano, a first-year commerce student.

Tickets are already on sale for the next pub night, hosted by the UTM Athletics Council on Thursday, September 22.