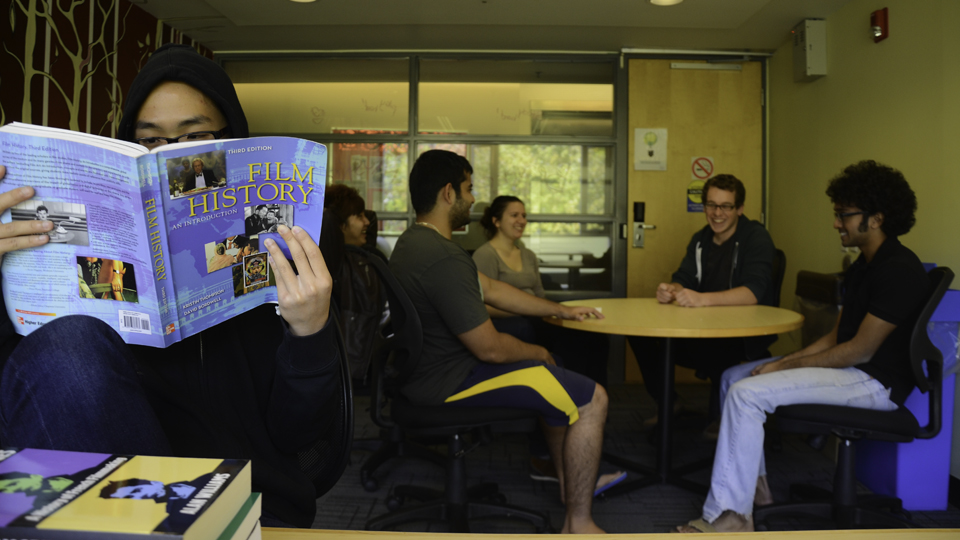 The stigma to calling oneself an introvert is uncomfortably real. Frosh events, class participation, and competitive job markets routinely encourage us to speak up, come out of our shells, and let loose. At parties and networking events, our success relies heavily on how actively we engage with others. The bolder and the louder, the better. If you can’t work a room, read How to Win Friends and Influence People. According to the book, “extroverts”—people who crave social stimulation—succeed by definition. And by implication, “introverts”—or people who work better by themselves—struggle.

But what if I prefer reading to talking and quiet rooms to large crowds? What if I like spending time alone? I feel compelled to ask myself: Should I change?

In her book Quiet: The Power of Introverts in a World that Can’t Stop Talking, Susan Cain emphatically answers, “No.”

Cain, a former Wall Street lawyer, draws on personal experience, scientific research, and stories from  the lives of other introverts to fight common misconceptions about introversion. Introverts are not necessarily shy, she says; they just work better in quieter environments. Nor are they simply quiet; they often have something to say. They are not antisocial; they just feel more stimulated in low-key or quiet environments. And most importantly, introverts—who make up something between one third third and half of the population—produce some of the most brilliant works of creativity without ever having had to change.

In a 2012 TED Talk, Cain reeled off a list of famous self-confessed introverts, including J.K. Rowling, Rosa Parks, Gandhi, and Steve Wozniak, the inventor of the first Apple computer. Cain even threw in Theodor Geisel, better known as Dr. Seuss. Geisel worked in a solitary tower and feared that children would not like his reserved personality compared to the crazy characters he created. “These people all took the spotlight, even though every bone in their body was telling them not to,” Cain says. But she believes they accomplished things because of their introversion, not in spite of it.

The stigma associated with introversion influenced Cain’s own career choice. “I became a Wall Street lawyer instead of the writer I wanted to be, partly because I wanted to prove to myself that I could be bold and assertive,” she explains.

When she was a child at summer camp, counsellors forced Cain to cheer “Let’s be rowdy!” even though rowdy was far from how she felt. She wanted to read books instead. “I thought my quiet and introverted way of being was wrong,” Cain says. In a world so structured for extroverts, Cain asks an important and timely question: “Why are we making introverts feel so guilty for wanting to go off and be by themselves some of the time?”

In many programs on campus, group work remains essential. In the English program, students in the specialist stream must take seminar classes that require solid class participation. In the professional writing and communications program, students take part in editing groups where they share their writing and discuss its strengths and weaknesses. And in the CCIT program, students regularly work in teams to produce videos and presentations.

Carmica Marcelo, a fourth-year CCIT major, knows that interaction is key in her program: the very nature of social media requires a certain degree of, or at least knowledge of, sociability. The CCIT frosh transformed Marcelo from something of an introvert into a self-confessed extrovert. “I didn’t know many people when I came to school,” Marcelo explains. “At frosh, everyone tried to get me out of my shell. They created a comfortable environment and I really opened up.”

But is change really the only option? If introversion boils down to the uniquely different ways that our brains work, the way we’re built, should we change?

Guy Allen, the head of the professional writing and communications department, suggests that alternate ways of connection and expression may exist. “The solid categories of introvert and extrovert seem problematic,” says Allen. “There can be different ways of being an ‘extrovert’ and expressing yourself. Writing, for instance, which is a means of communication in itself.”

In a world where introverts can find alternative, personal ways to succeed, the terms “introvert” and “extrovert” just don’t fit everyone. Perhaps once we redefine these words and scrub them of their bias or implications, or choose entirely new words that reflect a different way of seeing people, we can start seeing introversion as natural and valuable.

I, like many of my peers, am an introvert in a world that pushes me to change. I like books, privacy, and quiet conversations. Like Susan Cain at her summer camp, I used to feel that it was the wrong way to be. But Cain reminds us other introverts that these confessions do not make us weak. Extroversion is not the only good.

“Spend your free time the way you like,” Cain writes with urgency, “not the way you think you’re supposed to.”