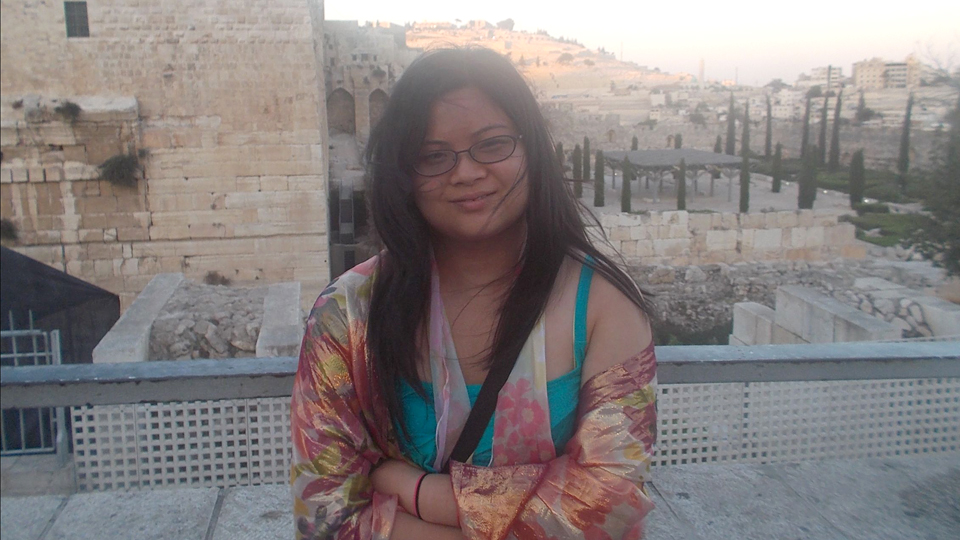 Jerusalem never crossed my mind when I thought of potential places to study during a student exchange. I always thought of Europe as my ideal study abroad location. (Just “Europe”, with no specifics.) But when my good friend Luke departed on a scholarship offered by the Canadian Friends of Hebrew University to study biblical Hebrew for a month at the Hebrew University of Jerusalem, I began to consider the possibility of my travelling there the following summer.

Jerusalem, I’d heard, was the place where Jesus once walked. Considering my strong Christian roots, you can see why I swooned at the idea of walking where Jesus walked, bathing where Jesus bathed, eating where Jesus ate. It was rich in vibrant history and steeped in beautiful places to see that had been preserved and looked the way it had looked when Jesus looked at it.

I couldn’t wait to go. So what if I’d never travelled internationally on my own, didn’t speak Hebrew or Arabic, and didn’t like extreme heat?

The following summer I went with Luke, his brother Caspian, and our friend Paul. We each went on a scholarship from the Canadian Friends of Hebrew U. The four of us stayed in an apartment on the Hebrew U Student Village while completing different courses for credit. I took a course called “Coexistence in the Middle East”.

We swam in the Dead Sea and the Mediterranean, rode camels in the Judean Desert, felt our way through the water-filled Tunnels of Hezekiah, and walked the Via Dolorosa (the route along which Jesus is said to have walked on his way to the crucifixion) through the Old City. We heard mass at the Church of the Holy Sepulchre in Italian, Portuguese, Arabic, Spanish, French, English, and Russian. We saw the Dome of the Rock, which has survived wars and earthquakes since 691. We even went beyond Jerusalem to Haifa, Tel Aviv, and Masada. We saw synagogues, tombs, mosques (most notably the Temple Mount), basilicas, wineries, caves, and museums (most notably Yad Vashem, a famous Holocaust museum).

We met the locals, many of whom could speak English. We talked to them about what they thought of the political unrest in the Middle East. They were willing to speak with us—we were not tourists, but interested students. When I told anyone I came from Canada, they would say “You’re welcome” in English. When I needed to order something to eat, I pointed to what I wanted—shawarma, usually—and nodded or shook my head when asked what sides I wanted with it. I picked up how to say “good morning” and “thank you” from Luke (who was studying Modern Hebrew and who learned to speak more than that). I learned about the history of Jerusalem. I saw men—peace activists—cry as they spoke to my class about the wars and uprisings, which meant the deaths of loved ones, and still making it their mission to advocate for peace, coexistence, mutual understanding, and acceptance, and not mere tolerance. I realized that Jerusalem gets cool at night, that I had to wear a shawl over my head in holy places, and that I was lucky to have been able to attend school from the time I was a child. That reminds me of another thing—the children. They were everywhere: working in the marketplace at Damascus Gate, shouting prices for figs and spices (and asking me “why?” when I shook my head no), trying to get our money for showing us around to places when we never asked them to, and playing in the streets.

You can apply for a student exchange from U of T’s Centre for International Experience and for a bursary of up to $4,000 from the Canadian Friends of the Hebrew University online at cie.utoronto.ca/Going/Apply/Online-Application.htm before Tuesday, April 15 at 5 p.m.