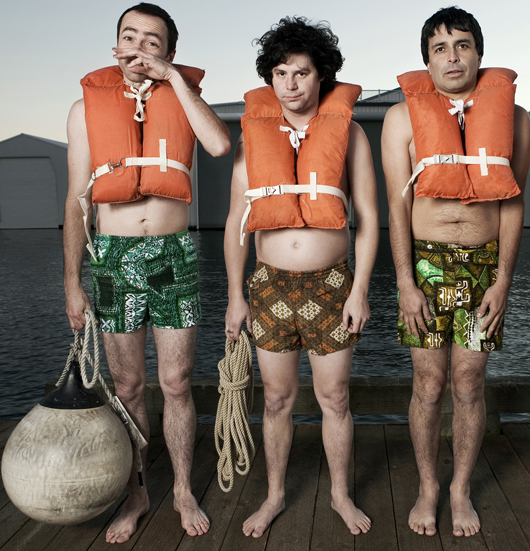 “Do you like Garden State? You think they’ll play any songs from the Garden State soundtrack?” That question was heard from  every corner of the Phoenix Concert Theatre at last Thursday’s The Shins show. In 2004, the band skyrocketed to indie-rocker fame after their songs were featured in Garden State, a dramedy written and directed by Zach Braff, who starred alongside Natalie Portman.

Without hesitation, The Shins began the show with some notable departures from their usual act. There was an entirely new backing band to support frontman James Mercer (also part of his two-man side act,  Broken Bells, with Danger Mouse), that kicked off the set with the familiar tracks “Caring is Creepy” and “Australia”.

Mercer, with his trademark voice in fine form, made it a point to keep all eyes and ears on him. Keeping the witty banter to a minimum, Mercer promised—much to the delight of fans—the release of their new album in the near future, and then continued the night delivering song after song.

The Shins’ set consisted of a selection of tracks from their three studio albums, as well as three new songs. The night ended with a three-song encore that included fan favourite “Sleeping Lessons” and two covers: David Bowie’s “Ashes to Ashes” was a nice surprise to end the show, while their cover of Pink Floyd’s “Breathe” seemed somewhat forced and out of place.

The Toronto stop on The Shins’ tour seems to have been a mere practice round for Mercer and the new band, but even so, they managed to fill the void that fans have felt since 2007.