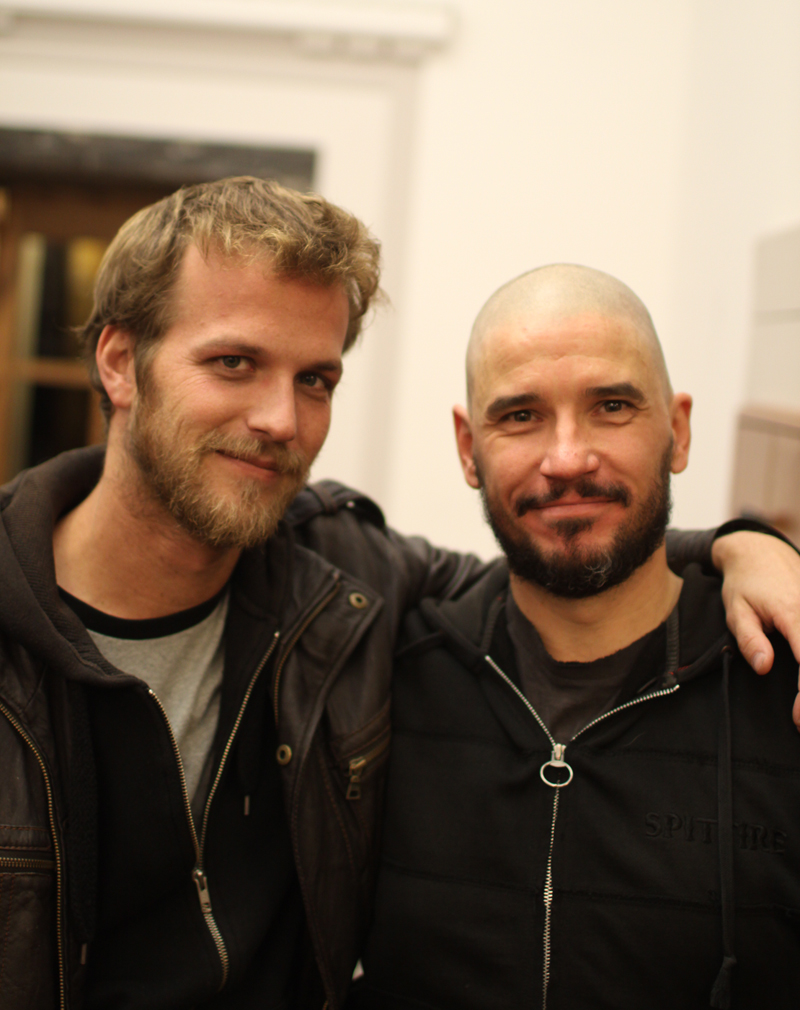 In anticipation of Hart House  Theatre’s latest production, Shakespeare’s haunting Macbeth, we sat down to chat with director Jeremy Hutton and lead actor William Foley, as technical preparations continued into the cold, dark night ahead…

The Medium: Macbeth is one of the most frequently staged productions in the history of Shakespearean  theatre and considered by many to be one of his most popular plays. What can audiences expect from your adaptation?

Jeremy Hutton: I think the exciting and interesting thing about this adaptation in the context of a plethora of weird, modern  adaptations is that it’s set in 11th-century Scotland and that it’s  traditional in that time period setting, which is kind of new—

William Foley: —and obscure to the audience [Hutton laughs].  Everybody’s trying something new…

JH: So the setting is obviously not a realistic setting, as you can see these melted trees [gestures to the stage], all reaching over the stonework of society, and the way that we tie that into the witches—that’s very  modern and theatrical—but the treatment of the text and time  period are pretty traditional.

TM: Jeremy, you’re Hart House Theatre’s first artistic director in over 30 years, and you’ve also been the resident fight director for countless productions. A play like Macbeth definitely calls for a lot of blood and violence, so how did you approach these scenes?

JH: [Laughs.] With glee! They’re fun to do. Sometimes you wonder why—when you’re doing, say, the murder of the Macduff family—you wonder, “Why did we do this play?”, because scenes like that are just so graphically brutal. And then, of course, there are the battles; there’s a battle at the beginning, which some people choose to stage, and it’s something that we do, and a battle at the end, and it just takes a lot of long hours of choreographing it and  piecing it all together. And, you  know, those fights are still not—they’re still coming together, and they just take time, time, time… with—how many actors do we have? Twenty-two?

JH: Yeah, it’s a lot of people to  choreograph.

TM: So most of the cast is involved somehow in the fight scenes?

WF: And at one or two points they’re all onstage, so it’s pretty impressive.

JH: But the violence in this show is a very important element of what this world is like, and who this guy Macbeth is in terms of being quite comfortable killing people before the show starts and yet being quite uncomfortable with the thought of murder. I think they’re very  separate ideas, those two things… and how at the end of the play he becomes hardened—mostly—to his own acts of violence. There’s still  an underlying ounce of vulnerability beneath it all—or regret, we’ll call it.

WF: Yeah, a regret of once  being honourable and valiant, and  having those morals to back up  his violent acts, at least.

TM: Will, you’ve played Iago in Othello and Mercutio in Romeo and Juliet in the past for Hart House, and now you’re taking on the  complex character of Macbeth—all characters that are impulsive in their own way. Can you see a bit of yourself in any of these characters, and can you relate to them in some way?

WF: I disagree that Iago is  impulsive; I think that he’s more  manipulative, like he’s got very  specific ideas. I mean, everything is impulsive to a certain extent; something happens and you react to it. And I think [sigh] I’d like to say Macbeth, but I almost say Iago  simply because of the pettiness of him, and I’m not petty—I don’t think I am, anyway; I try not to be—but I think that I can relate to that, the underdog ideal, just from my life experiences and where I’ve come from in my upbringing. I think I can associate with that sort of ideal.

Macbeth is definitely the most  difficult of the larger ones, and that would include Richard III in  Halifax [Richard III with Shakespeare by the Sea]. He’s  easier to approach in that he’s just so openly malicious—doesn’t have any regrets about it. Macbeth, all of the thoughts, everything that happens, all of the villains in Shakespeare happen on stage with him, he has to go through the thought process in front of people and that’s what’s difficult about it—for me, anyway: to get to those points. To not be as openly vulnerable, I guess. Just, his thought process is very interesting.

TM: Do you guys believe in the “curse of Macbeth”, and have you had any freaky things happen  onstage during rehearsals?

JH: No, I don’t buy the curse, but… I mean, we did have two back  injuries and a finger sliced with four stitches, but injuries happen on all shows. I have more injuries in  productions of Romeo and Juliet that I’ve worked on than in Macbeth [knocks on wooden table].

JH: But no, we don’t pay much  attention; we can’t, because we’re sitting in a theatre saying the word all the time…

WF: Yeah, I’ve barely even considered it. I’ve considered it a couple of times. We have a broken mirror over here in the costume area, and I thought that’s completely  appropriate for this, because I just scoff at that kind of superstition anyway.

JH: My theory goes that when  theatres are in financial trouble, they stage Macbeth because it’s a good ticket-seller, and a lot of them still shut their doors right after having done it because they didn’t make enough money on it—and I think that’s the curse [laughs]. A lot of theatres have shut down with Macbeth as their last production.

Be sure to pick up a copy of The  Medium next week for our review!