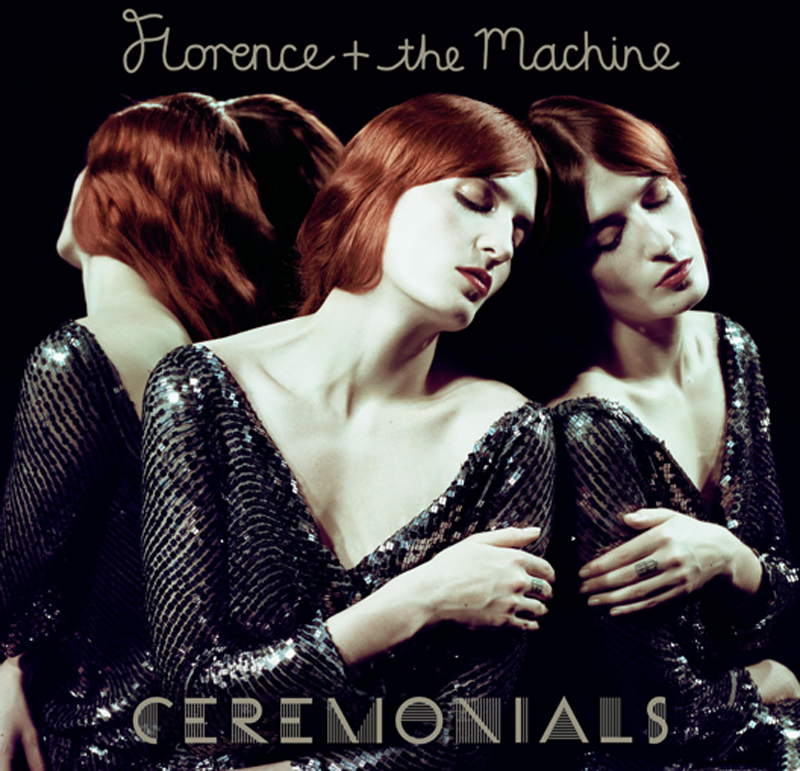 It’s about time, Florence! Finally, the world has been graced with a follow-up to Florence + The Machine’s debut album, Lungs, now that we have the enthralling Ceremonials. There was a lot of hype surrounding her second  album for quite some time, and hype, as we know, can be a very dangerous thing. Fortunately for avid music fans, Florence Welch is a force of talent that has yet to disappoint.

Ceremonials has a very mature sound compared to Lungs, but  remains very true to her established ethereal sound. The record opens with “Only If for a Night”, a powerful song that commands our attention immediately. It sounds heavy without being depressing, which is something Florence seems to have mastered with even her most proper ballads.

What’s interesting about it—and about pretty much every other track, to be totally honest—is that her voice is very much a part of the song in the same way as the piano and percussion and strings. She has a beautiful voice, and unlike most of her female vocal peers, she has the utmost control over her vocal executions, both live and on record. There are no gratuitous vocals on this album; there’s no extra fat.  Everything that has been recorded for Ceremonials serves a purpose —and that purpose is to bring as much pleasure to the listener as possible.

“Never Let Me Go”, “Seven Devils”, and “Leave My Body” are other examples of Florence’s rousing use of her voice. She is melodic and exciting and enchanting, a combination that takes you to another place right from the first song to the last one. Another thing I must applaud is her timing in releasing this album. Whether it was on purpose or by sheer coincidence, Ceremonials is the perfect thing to pop on to listen to with this sort of weather. Its sound is warm and comforting, and it’s the quintessential “end of fall or beginning of winter”  record.

Ceremonials may just be the record of 2011. It’s an amalgamation of everything celebrated in the  music industry, without being pompous or overwhelming. It is most definitely a must-have for the year.