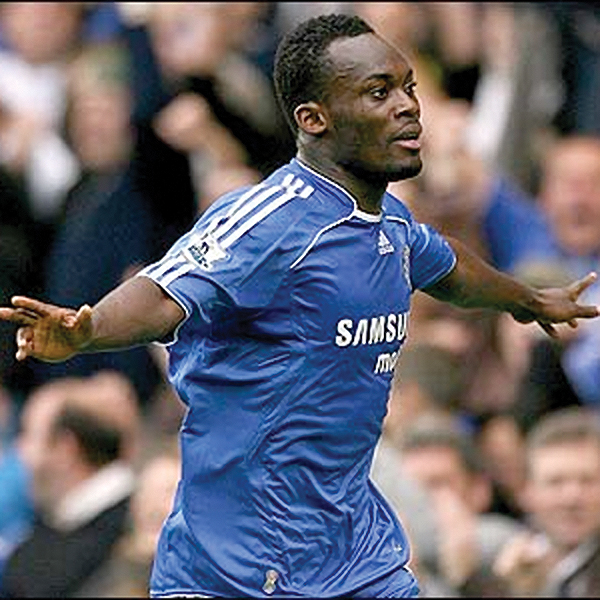 Every four years, the world becomes united by one common denominator—football, or as it is known in North America, soccer.

But no matter how you say it, the game becomes a pinnacle for peace and prosperity for all individuals in the world. The world waited with bated breath as the draw took place on December 5. Nearly a month later, the groups are set and the debates have begun. From Spain to South Africa, 32 nations will participate, but only one will earn the distinction of worlds best.

Host South Africa will have home-field advantage, but will this
really be enough to carry them through? Questions surround Frances inclusion in the tournament, after a deliberate handball from striker Thierry Henry. Mexico, who finished second in CONCACAF qualification behind the United States, will also be a threat, as El Tri make their fifth consecutive appearance at the World Cup. Uruguay, who won the first-ever World Cup, rounds out the group. Look for Diego Forlan to lead the attack. A side steeped in World Cup history, the Uruguayans will push France and Mexico for first place in the group. As for South Africa, while the aspirations of a country desperate for success will drive them in the stands, they will be on the outside looking in, but
dont be surprised if they pull off an upset.

After a less-than-convincing run in South American nations qualifying, Argentina sits as the clear favorite in group B. But if history has taught us anything, its that what appears to be a sure lock on paper is not always the case on the pitch. Coach Diego Maradonas motives and behaviors have caused national furor amongst the citizens of Argentina, but now that the Albiceleste are through, they are once again considered tournament favorites. The Super Eagles from Nigeria had to wait to the final day of African qualifying to book their spot in the tournament, but look for them to join Argentina as the second team to advance.

Korea Republic and Euro 2004 winners Greece round out the group, and while they may show flashes of brilliance and could even cause an upset, their bids for second round will ultimately fall short.

For an English side desperate to resurrect their international reputation after failing to qualify for Euro 2008, the 2010 showpiece in South Africa not only provides renewed optimism but a sense of excitement, as Fabio Capellos mark has been explicitly left on a side desperate for focus and discipline. The Three Lions can take solace in the fact that they were top scorers in the European zone with 34 goals, but in the end, accomplishments are transient. The United States enter this group as favorites to grab the second spot behind the English. After a stellar performance at the Confederations Cup, where they beat Spain and were up on Brazil 2-0 in the final before eventually losing out, the United States can certainly push England to the limit.

It has been 24 years since Algeria have played on the world stage. Their hotly contested and politically-steeped clashes with Egypt in the final play-off earned them a spot in South Africa, but with two powerhouses in England and the United States, it will be difficult for the North African side to mount any offense. While they do have some players plying their trade in Europes top leagues, it will be difficult to see them progress through to the next round, or even garner three points. Rounding out the group is a Slovenian side ready to embark on another World Cup journey. Their second appearance after Korea/Japan 2002, the Slovenians will look to continue the impressive form they showed in defeating Russia, and hope to give England and the United States a scare.

During qualification, each side in group D breezed through the opposition and swiftly booked their spots to South Africa. With the groups all set, Group D has become one of the toughest groups to predict. The Germans, semi-finalists from the 2006 World Cup, are clear favorites, but it is that crucial second spot which seems to be drawing the attention of both die hard fans and neutrals alike.

On the one hand, you have Ghana, the first African side to qualify for the 2010 tournament, who boast not only world-class talent but the heart to match. With stars like Michael Essien and Stephen Appiah, look for the Black Stars to prove that their debut campaign in the World Cup was no fluke, as they will look to progress alongside the powerful Germans. Australia, who switched qualifying groups, jumping from Oceania to Asian qualification, has a new Dutchman at the helm in Pim Verbeek and will look to ride their qualifying success into a top-two finish. But with star-studded opponents seemingly all over this group, it will be tough for the Socceroos to make their mark. Then again, their showing in 2006 was quite impressive.

The final group, and possibly the most surprising, is Serbia. The White Eagles took qualification by storm, easily disposing of France and grabbing top spot in the group. An independent entity once again after separating from Montenegro, this Serbian side boasts a lethal mix of veteran leadership and youthful exuberance exemplified with Dejan Stankovic and Nemanja Vidic.

While the side will look to carry national pride on their shoulders, they will be an exciting side to watch, but in the end will fall short in their bid to progress to the next round.

Be sure to catch the final installment next week as The Medium delves into groups E to H.