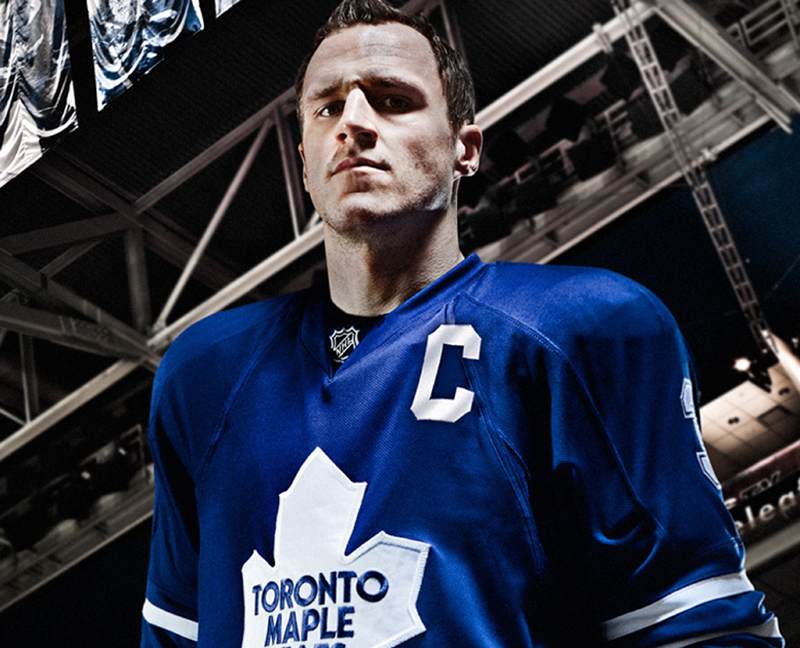 The Toronto Maple Leafs are making that infamous playoff push that they’ve done ever since the lockout of 2004/05.

It has been seven years since the Leafs have made the playoffs, and that post-season competition is desperately overdue. They are legitimately in the running for a spot in the playoffs, and, in 10th place, are four points behind the eighth-place Carolina Hurricanes. The Leafs are 29-28-9 for a total of 67 points. Their latest loss against the Chicago Blackhawks brings Atlanta within two points of catching up to the Leafs.

The Leafs have played exceptionally well since the All Star break, with a 10-3-4 record. This sudden surge of great playing has many Leafs fans wondering if this will finally be the year that the Leafs make an appearance in the playoffs.

There are many reasons behind this turn of events, one of which is James Reimer. The rookie goaltender has a 12-5-3 record with a .924 save percentage and 2.45 goals against average. Reimer has become known for his ability to stay calm under pressure. According to head coach Ron Wilson, Reimer has the skill of putting bad goals behind him and focussing on the present. That’s something that he wasn’t able to do effectively on Saturday night against the Hawks, when he let in five goals on 19 shots. Hopefully, that was just an off night for him, and he’ll be able to bounce back and start the next game for the Leafs on Tuesday against the Islanders.

Another key to this Leafs playoff puzzle is Phil Kessel. After “scoring” a goal when the puck bounced off of his pants, Kessel was able to snap his goalless game streak. After that, he scored eight goals in eight games. He now has a total of 49 points, second only to Clarke MacArthur, who has 19 goals and 31 assists and 50 points.

Leafs captain Dion Phaneuf has been playing much better as well. Ron Wilson credits this to the partnership with Keith Aulie. Aulie, a physical player, has taken much pressure off of Phaneuf to be physical, and it seems to have worked because Phaneuf has two goals in five games, after scoring only four times in his first 71 games as a Leaf.

The Leafs have 16 games left until the season ends. They have two games against the ninth-place Sabres, one against the eighth-place Hurricanes, one against sixth-place Montreal, and one against the fifth-place Capitals. They need to win as many games as possible to make the playoffs, but their best chance of guaranteeing a spot is to win at least 12 of those games. While that is highly unlikely, it is not impossible.

However, the Buffalo Sabres, New York Rangers and the Carolina Hurricanes are going to make it much more difficult. All three teams are also fighting for a spot, and all three teams are above the Leafs in standings. With the Leafs’ latest loss against Chicago, they close the gap between themselves and Atlanta. Toronto has a two-point gap separating them from the Thrashers, which is hardly any comfort. New Jersey is also eyeing Toronto’s spot.

This last month of hockey should prove exciting. With the Leafs playing great hockey—minus their game against the Hawks—who knows, they may be able to close the gap between themselves and Buffalo.

The Leafs could potentially have tied with Carolina if they didn’t lose in a shootout and in overtime in back-to-back games last weekend. Their loss to the defending cup champions on Saturday may be the final nail in the coffin on their playoff hopes. Tim Brent is quoted after the game: “We were quick to find out why they’re the Stanley Cup champions. They capitalized on every mistake we made. We just kind of got away from what we’ve been doing so well lately … and it came back to haunt us.” Even after the game James Reimer was calm ,even though he was pulled to begin the third period. He said, “[I] don’t know if there’s a reason for it, honestly; don’t think we were nervous. I mean, I wasn’t nervous, and the energy in the room was the same as any other night. If anything, we were excited to play the Stanley Cup champions.”

Coach Ron Wilson has openly given the rest of the work in goal to Reimer, as long as he maintains his winning ways.  He truly believes in the group he has playing in front of him and was rather realistic about the game. After the loss, he said, “It would be awful idiotic to say that we were going to win every game the rest of the way, so I have no problem with the game tonight. We’ll move on to the next one, learn our lessons, and get better.”

They had just finished playing the Stanley Cup finalists in Philadelphia and came out with an overtime victory so their emotions would be running high. The Leafs appeared to come out flat and a giveaway to Marion Hossa set them back early with the goal. A loss every now and then is to be expected, but hopefully it’s not too frequent. It appears that the Leafs always do this to the fans; they make a run for the playoffs in the final couple of months and eventually just fall short. This year they’re closer than ever and are playing better than years prior. That begs the ultimate question: can they make the playoffs? We’ll just have to wait and see. Anything can happen in hockey, so don’t be surprised if the Leafs sneak into the eighth seed. With a little help from other teams and “Optimus Reim” at the helm, it is certainly possible.