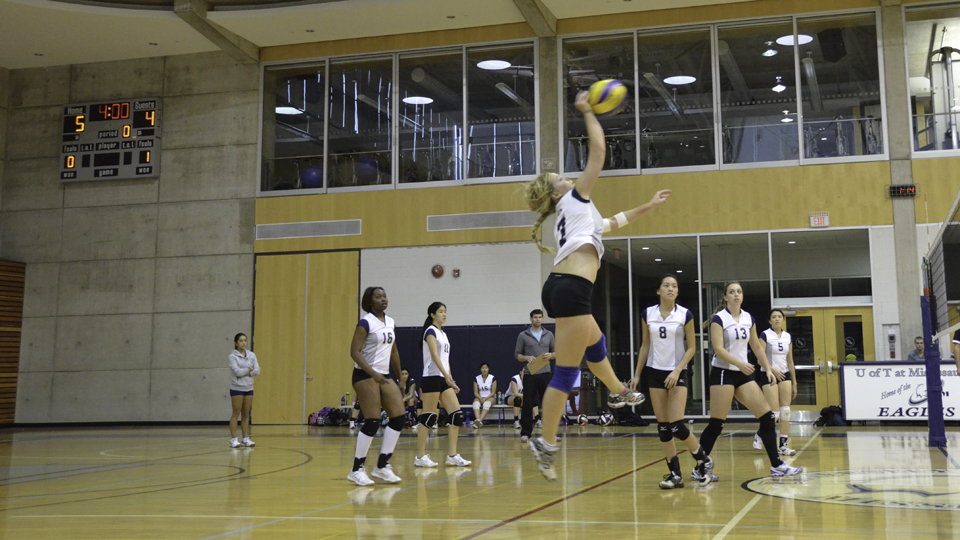 A team’s success can be attributed to innumerable different factors, including the skill of the players, the strength of the competition, and plain luck. But the majority of the time, it’s the coach that allows players to play at peak performance. U of T’s volleyball coach Brittney Gee understands what it takes to compete in unfriendly environments, and her incredible ability to bring out the best in her players has allowed her to achieve success in more than one realm of her sport.

In her first year as coach of the tri-campus men’s volleyball team, Gee is motivated to win. Her faith in and regard for her players seem to be what allows them to perform at such a high level.

“I am very proud of how the returning and new players to the team have all adjusted quite quickly to each other’s strengths, weaknesses, and emotions,” she said. Gee’s attitude focusses on the improvement and success of the whole team; she believes “it all goes along with playing and acting as a team”.

Gee has the unique opportunity to coach players of different genders, which she has translated into coaching styles specific to the players. “You see, females and males think differently on and off the court. For females, emotions are involved and for males, not as much,” she said. “I have to change my coaching styles according to the player.”

But players of both genders have the same competitive attitude, which Gee is proud to foster. “Luckily, all my players are competitive and will strive for their best and continue to learn and improve,” Gee said. “Every player is able to motivate and help their teammates to be their very best. Each player on this team has a knack for inspiring one another.”

So which players should UTM students keep an eye out for as they cheer their home team to victory? Gee is quick to answer. For the UTM Division 2 women’s team she mentions Joy Rogers and Angela Wu.

“They are two very competitive and skilled players to look out for,” she said. She also mentions Ania Grabowiecki, a veteran to the team.

“With the leadership of Derek Wilson, Justin Nguyen, and Peter Bui, this team can definitely come out on top,” Gee said about her tri-campus men’s team, who entered the 2012/13 season triumphantly with their first game against the St. George Red team the Sunday before last.

She says to look out for newcomer Andy Xie, whom Gee praises as being “quick on his toes, digging and diving for every ball, continuously winning our team points”.