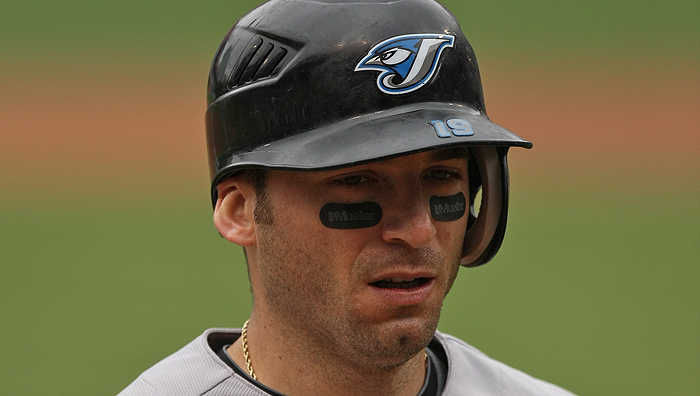 In a season that started off well but soon turned sour, it would be difficult to determine the Most Valuable Player of the Toronto Blue Jays. Despite the fact that players such as Aaron Hill and Adam Lind broke out of their shells this year, hitting 31 and 28 home runs respectively thus far, and thatRoy Halladay came close to completing yet another impressive campaign with 14 wins and a respectable 3.03 Earned Run Average, the MVP should be awarded to a player that has essentially been playing under the radar: Marco Scutaro.

With a 280 average, 11 HR, and 57 runs batted in (RBIs) thus far, Scutaro leads in none of the major offensive categories. So why should he be seen as the Jays MVP? To determine this, we need to look at his dominance in various situational and underappreciated statistical categories as well as his confident, disciplined, persistent, passionate and versatile style of play, all of which have made him a fan favorite north of the border. After all,MVP stands for most valuable player, not player with the most HRs or RBIs.

Among the nine primary starters on the Blue Jays roster, Scutaro leads in both runs (96) and on base percentage (.380). This effectively fulfills his role as a lead-off batter, whose primary objectives are to get on base by any means possible and jumpstart the teams offense. Scutaro manages to complete these objectives both repeatedly and — more importantly — on a consistent basis. He is one of the few players on the team that has not fallen into a major hitting slump this season.

Scutaro exposed the true extent of his baseball intelligence against the Philadelphia Phillies on June 18 when he stole second base immediately after being walked — a rare occurrence that resembles something you would see in a peewee game in your local ballpark.Scutaro walked in the top of the third inning and noticed that Phillies starter Joe Blanton was not paying attention, while second baseman Chase Utley and shortstop Jimmy Rollins were acting nonchalant and expecting nothing out of the ordinary. Scutaro ran daringly towards second as a confused Blanton hesitantly threw the ball at second. Neither Rollins nor Utley were close enough to the base to tag Scutaro out, however, thus resulting in a successful and mind boggling stolen base.

Everybody knows that getting hits in baseball is important, but if you cannot deliver in clutch situations or with runners on base, you only have so much value on your team. Just ask center fielder Vernon Wells, who has been notorious the last couple of seasons for not being able to hit with runners in scoring position (RISP), ranking amongst the lowest in that category. This is another reason why it should not be difficult to appoint Scutaro MVP for the Blue Jays this season.

With runners on base, Scutaro is batting .290 while hitting 10 doubles and driving in 51 RBIs. With the bases loaded, Scutaro relishes the pressure of this situation and steps up his game further: he has batted .500 (7-14) and driven in 15 RBIs and even has drawn two walks this season, a difficult act in this scenario since the pitchers are usually extra cautious and are more likely to throw strikes to avoid such a feat.While Aaron Hill does not draw enough walks (only 34 bases on balls) and Adam Lind strikes out far too much (101 SO), Scutaro is the perfect balance between the two as he leads the team with 88 bases on balls and has only struck out 71 times, the second fewest amongst starters who have played over 100 games with the club this season.

Not only does Marco Scutaro deliver on the offensive end, but also impresses on defense as he helped solidify what was arguably one of the best defensive infields in the entire MLB prior to the trading of Scott Rolen at the trade deadline. He and Aaron Hill, both quick and athletic defenders, are an ideal 1-2 punch at the middle infield resulting in almost a guaranteed double play whenever the situation arises. At shortstop, Scutaro has only committed eight errors this season while containing a respectable .987 fielding percentage.

The main reason why the Blue Jays met success in the early months of the season was mainly because of Scutaros stellar play both offensively and defensively. While injuries and inexperience caught up with the club this season, Scutaro never seemed to fall into that pattern, contributing in some way every time he hits the field. Although some may argue that Halladay should be the teams MVP, his inconsistent performances of late resulting from persistent trade rumors rule him out.

Scutaro proves to all players and baseball fans that you do not need to have pure raw talent to succeed in the Major League Baseball. Rather, that success comes from preparation, playing hard, and most significantly, being a team player.

Come this offseason, when Scutaro officially becomes a free agent, he will be in high demand as many teams across the league will be interested in his services. Hopefully the Blue Jays can persuade one of the few bright spots this season to stay with the franchise for many years to come.