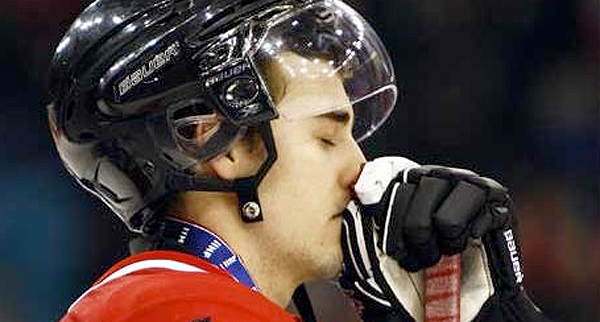 The stage was set this year at the World Junior Hockey Championships in Saskatoon. For Canada, nothing less than a Gold medal was acceptable. For the young men selected, it was a chance of a lifetime: The tournament gives them a chance to showcase their skills for the upcoming draft and to play for their country, an experience they will cherish forever.

Canada began the tournament against Latvia, who were no match for the red and white. Throughout the game, Canada eased the pressure but still came away with a 16-0 victory.

They continued to handily defeat opponents until New Years Eve, where a loss to the Americans seemed inevitable. Down by two, Jordan Eberle emerged, as well as Alex Pietrangelo, who tied the game with an incredible short handed goal less than five minutes remaining in regulation. Ultimately, they went to a shootout, and Canada got the win with a big stop by Jake Allen on the final USA shooter, Jordan Schroeder. Canada clinched first place in Group A and a bye to the semi-final.

Russia seemed to be on the road to the semi-final to meet the Canadians until they overlooked the team from Switzerland. The Russians were stunned to lose in overtime. A weak-looking shot from the Swiss defender found its way through to the back of the net, ending Russian hopes for a medal. With the win, the Swiss advanced to face Canada and were easily defeated by the red and white.

Following this, the USA defeated Sweden in the other semi-final. This victory set the stage for another classic match-up between the Canadians and the rival Americans.

With all the hype leading up to the game, it was going to be difficult to give the crowd a game that could live up to it. The game, however, surpassed expectations. It evolved into a-back-and-forth game with everything anyone could have asked for. Canada jumped out to an early 1-0 lead with a goal by Luke Adam that found the five-hole of Mike Lee.

The Americans quickly responded and then scored again just 36 seconds later to go up 2-1. The Canadians did not back down, and a pass from Nazem Kadri found Greg Nemisz, who eventually put in his first goal of the tournament. Both teams went into the intermission tied at two, going back and forth throughout the first period. The second period began with another weak goal from the Americans, with a point shot that found its way through the screen and into the back of the net. Again, the lead was short lived as Taylor Halls bad angled shot found the back of the net, and it caused the American coach to pull Mike Lee and put in his backup goaltender.

The Americans would not quit as they broke in on an odd-man rush and scored again to take the lead. Canadian goalie Jake Allen mishandled a weak shoot-in; the misplay was taken advantage of by Team USA Captain Derek Stepan.

Down by two, the outlook for Canada looked dismal as every second was precious in tying the game. Three minutes left and still down by two, Jordan Eberle cemented his place in team Canada history as he scored to bring the score to 5-4. Not satisfied there, Eberle ultimately took his team on his shoulders and scored another clutch goal to tie the game and send it into overtime.

Overtime was fast paced and led to chances for both teams. An odd-man rush against USA found the puck on Pietrangelos stick, who took a slap shot. It was stopped by USA netminder Jack Campell. Off that rebound, three American skaters took off down the ice and with the puck on Carlsons stick, he shot the puck into the back of the net, ending Canadas drive for six straight gold medals in the World Juniors.

Despite the loss, the Canadian players have many things to be proud of. For instance, Taylor Hall made an even stronger case to be the number one draft pick overall in the coming draft with his superb play and remarkable goals. He finished the tournament tied for third overall in scoring, racking up six goals and six assists. Second, Alex Pietrangelo was the tournaments top defenceman and will crack the St. Louis Blues line-up full-time next season. Known for his smarts and poise with and without the puck, he amassed nine assists and finished the tournament with 12 points.

Finally, Jordan Eberle cemented himself in Canadian history as the top scoring junior player and as the most clutch player to date. His goals came in timely fashion both this year and last, and he was a true leader on the ice. Expect him to be playing in the NHL next year full-time with the Edmonton Oilers because of these reasons.

Canada will be looking to take the title from the Americans next year on their home ice as the tournament will be played in Buffalo. It is a minor dent in Canadian junior history as Team USA captured its second gold, while Canada has stalled at fifteen. USA has the year to enjoy their victory because expectations for next year will be even higher, as Canada will strive to regain the title on top of the Junior hockey world.