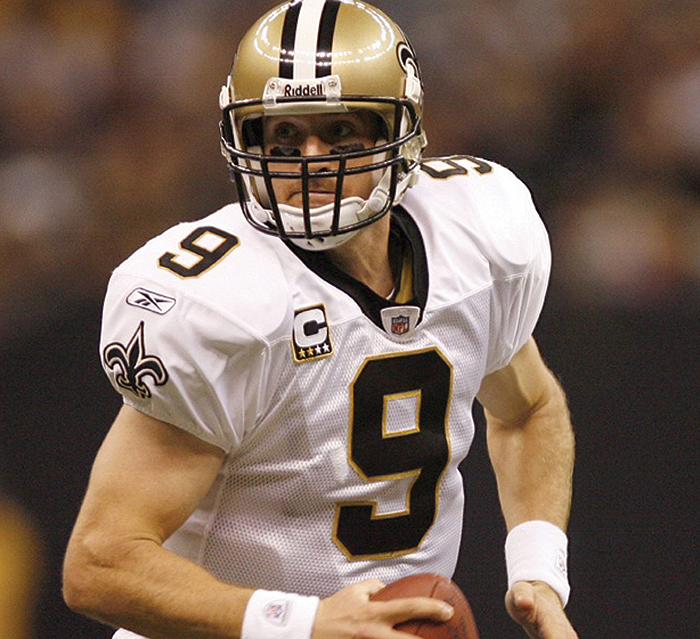 The New Orleans Saints are the most underrated team in the NFL, but have turned heads with their impressive play thus far. Fans and media outlets all over the United States speculate that the team might make it to the Superbowl. Despite critics who initially doubted the teams abilities, fans should not be surprised if these predictions become reality.

The Saints began the season at 5-0 and have the most potent offence in the league. With Drew Brees leading the way at QB, it seems like no one can stand in their way. Currently, they lead the league in average points per game (38.4) and total yards per game (430). Running back Reggie Bush led the Saints in rushing and they are the fifth best rushing team in the league. Last week, they scored 48 points against the New York Giants, the leagues leading defence.

Prior to that game, no other team had scored more than 40 points against the Saints since 2007 when the Cowboys managed to score 45. They have a powerful offence with Brees and Bush. The two effectively mix passing and running plays and keep defences off-balance, which is the key to their success on offence.

Many professionals have also criticized the Saints defence as weak and ineffective. This season, they have been anything but ineffective. They are currently the ninth best defence in the league, allowing just over 300 yards per game. Furthermore, they have only allowed an average of 18.6 points per game in six games this season and they have played solid teams. The team has been underrated because of their weak defence in the past and this season is no different. However, the Saints continue to perform on both offence and defence and have proved their critics wrong this season.

The Saints are expected to win the next five games leading up to a big showdown with the New England Patriots. If they can stop Tom Brady, their offence can do the rest as the Pats will have no answer for Brees. This will prove to be the biggest test for the Saints defence. Even though it will be a high-scoring game, the Saints offence will take control of the game and prove victorious. If they can defeat the Pats, the next big test will be against the Dallas Cowboys. With Tony Romos inconsistency and Brees near perfect play, the Saints should remain undefeated.

Regardless of what critics have said, the Saints will continue to prove them wrong with their stellar offence and surprising defence. It would not be surprising if the team goes undefeated this season, with how they perform in the playoffs as the only unknown. If the Saints continue with their recent play, anticipate them to reign supreme in the playoffs and make it to the Superbowl. Despite being vastly underrated, the New Orleans Saints have proven they are a team to look our for. The rest of the season is going to be a hard fight and should be very exciting.