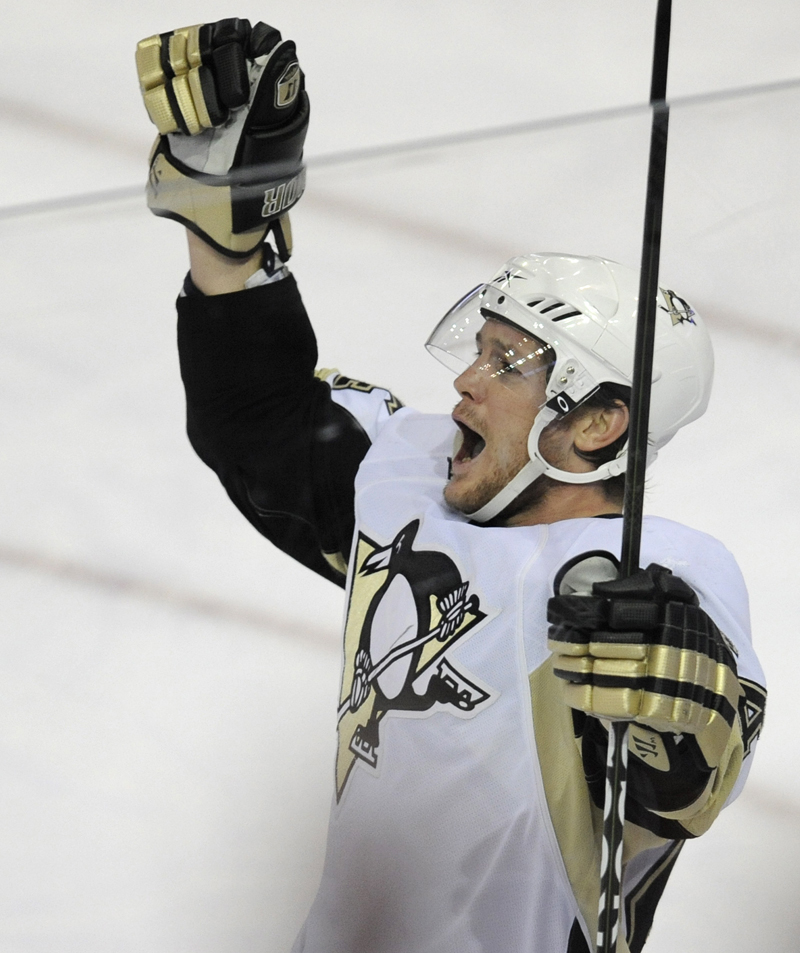 Feder Tyutin, a Blue Jackets defenceman, was chasing a puck that had been sent in behind his net when he felt his head smash into the boards after a vicious hit from behind. Though the hit may have been shocking, the perpetrator was not. Once again, Matt Cooke is at the centre of a controversy involving a dirty hit. The NHL responded to the infraction by handing out a four-game suspension just a day later.

The hit wasn’t pretty, but it also didn’t seem awful enough to earn a suspension with only a day to deliberate on the length. Whether or not the punishment fit the crime is debatable, but it does seem clear that Cooke’s shaky past played a role in the decision to suspend him so quickly.

This wasn’t the first time Cooke had made headlines for a questionable hit. Just three days prior to his hit on Tyutin, Cooke was involved in another incident, this time with an ugly knee-on-knee hit to Alexander Ovechkin. That hit saw some calling for a suspension, but the league didn’t take action against him.

Cooke does have a suspension in his past, but not for the hit he’s best known for. Last year Cooke’s hit on Marc Savard gave him a severe concussion, one that he has still yet to overcome despite a comeback attempt. It was the lack of a suspension on that hit that had many fans and members of the media outraged. One doesn’t need to be cynical or a conspiracy theorist to suggest that Colin Campbell may have been compensating for that lack of action with this most recent suspension of Cooke.

The NHL seems to lack consistency in their punishment. On the same night as Cooke’s hit on Tyutin, Anton Volchenkov only received a three-game suspension for an elbow that seemed considerably more deliberate and aggressive than Cooke’s fast paced collision. It is quite clear that Cooke is a dirty player.

That isn’t in question, but whether or not the NHL is right to make an example of him is. The league might be attempting to make up for past inaction, but the punishment should revolve around the severity of the act, not events from the past.

In an interview following the incident, Cooke said he believed Tyutin could have done more to protect himself. Former NHLer Jeremy Roenick chimed in and ripped into Cooke, saying, “Not [for] one second did he see anything but his name and his number. It goes back to so many different things that I talk about when it comes to the respect factor. Matt Cooke… doesn’t have respect for anyone. He’s one of the least favourite guys in the league by the players for a reason. Hitting Savard, having that situation … granted, you decide what you think on that. But this situation last night is exactly what gives players bad names. It’s why we have injuries. It’s why someone’s going to get either paralyzed or killed on the ice one of these days. Because of idiot, idiot, idiot people and plays like Matt Cooke did last night.”

Roenick went on to comment that the suspension of four games is ridiculous; it should have been the rest of the season. Cooke is public enemy number one in the league now, taking over the position from Sean Avery. Luckily for Cooke, though, the Penguins do not play the Blue Jackets again this season—which will probably be good for his health.