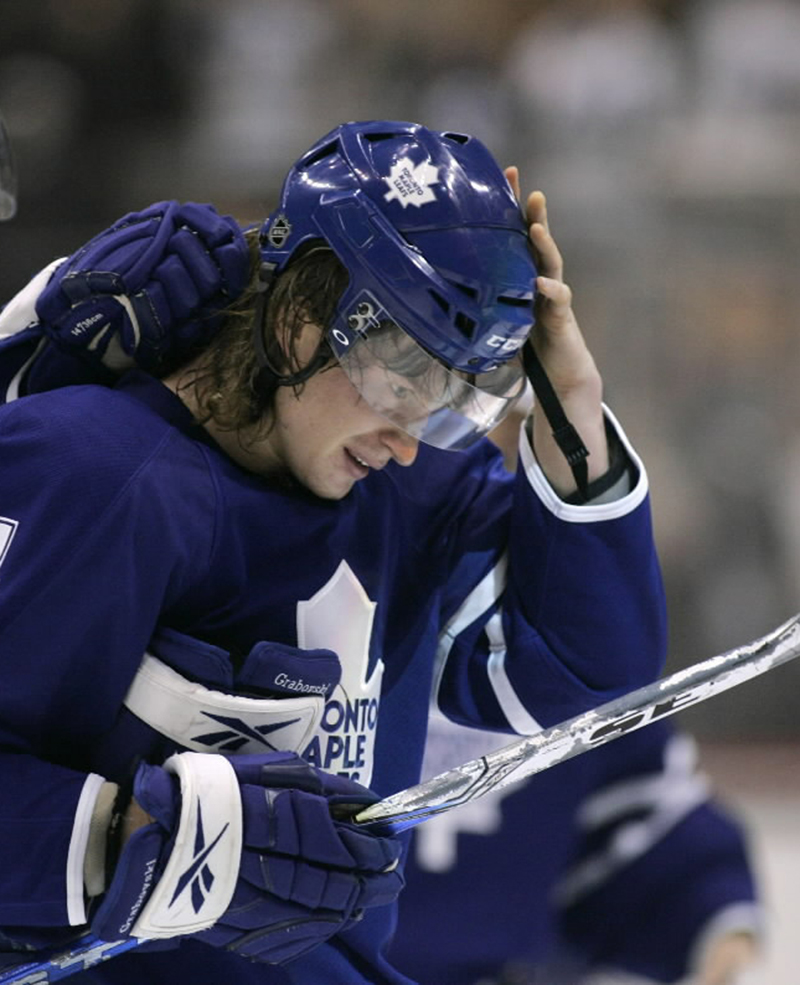 The Leafs, who had a superb start to the season, started crashing after four and lost eight games in a row before finally shaking out of their slump to beat Nashville 5-4 last Tuesday in what proved to be a nail-biter.

Throughout the Leafs’ 7-9-3 start to the season, coach Ron Wilson has been thrown into a media whirlwind, with fans first calling him an excellent coach and then calling for his head when the Leafs’ losing streak kept increasing and increasing. Granted, those fans seem to forget that Wilson is limited in what he can do from the bench. The players are the ones that control the game.

What Wilson has done is some major line shuffling. Luca Caputi, Christian Hanson, Keith Aulie, and Nazem Kadri have been brought up from the Marlies to replace injured players, after which Wilson scrambled the lines—sometimes multiple times during games—to try and get something to click.

Practice makes perfect and Wilson seems to have gotten it right at last, because the Leafs have started producing. After their eight-game losing streak, which saw them score a total of 12 goals—less than two per game—the Leafs have bounced back to win their last two games with an average of four goals per game and a total of eight goals.

The Leafs’ offence has been a sore subject all season, but finally players like Mikhail Grabovski, Phil Kessel, Nikolai Kulemin, and Kristopher Versteeg are scoring. Mikhail Grabovski has been red-hot, scoring four goals and getting two assists in the past four games. And who can forget Clarke MacArthur, who after racking up 17 points in 18 games definitely looks like a steal—Brian Burke signed him for $1.1 million in a one-year contract. Phil Kessel also seems to be heating up in his past few games; he is on pace for 40 goals this season. And Versteeg has loosened up and has gotten more comfortable in his game; he’s on pace for 22 goals this season, if his confidence continues.

These wins—which they desperately need—came after the Leafs lost both Colby Armstrong and Dion Phaneuf to injuries earlier this season. Armstrong, injured on October 26 against Florida, is out for four to six weeks with a finger tendon injury which he sustained from a slash in the first period. The Leafs’ captain, Dion Phaneuf, is out for four to six weeks after a deep leg laceration in a collision with Ottawa’s Peter Regin on November 2. In addition, J.S. Giguère was injured in Tuesday’s game against Nashville, which saw backup goaltender Jonas Gustavsson make six saves at the end of the third period. Giguère, who left the game with about 13 minutes remaining in the third period, is expected to be out for two weeks. The Leafs have recalled AHL Marlies goalie James Reimer, but Gustavsson will be the starting netminder while Giguère recuperates from his groin strain injury.

The young Leafs are showing promise and should tally some wins very soon. If they maintain a .500 winning percentage for the rest of the season, they could be in the mix for a low seed in the playoffs.