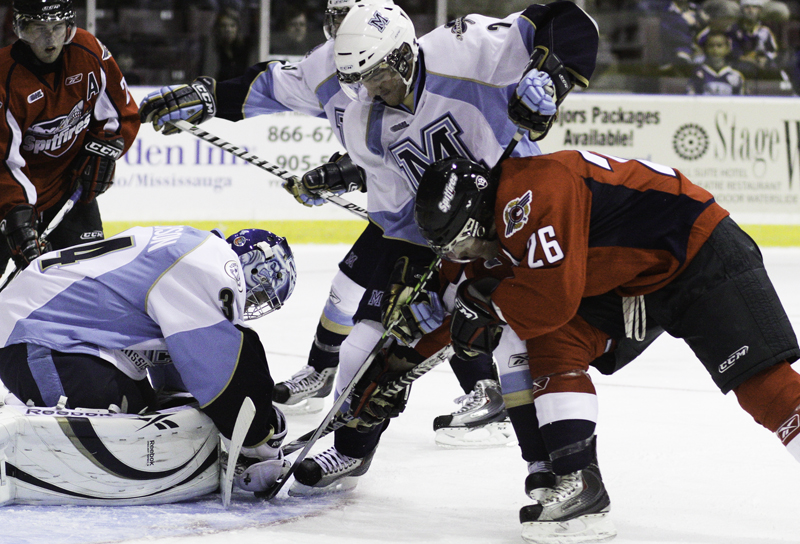 The Mississauga St. Michael’s Majors are off to an amazing start and are currently sitting in second place in the Central Division with 14 points.

The Majors’ goaltending has been superb this season, led by JP Anderson, who has a 5-1 record backstopping the team thus far. In six games, he has already recorded a shutout and sports an impressive 2.65 GAA (goals against average). Even more impressive for Anderson,  he was recently drafted by the San Jose Sharks after a remarkable performance during the Young Stars tournament in British Columbia in early September. Anderson, who is only 18, appeared in two games during the tournament and won both of his starts. Along with the two wins, he had a 2.00 GAA, and a .920 save percentage. San Jose did not wait long, but immediately signed the young star to an entry-level contract.

As well, backup goaltender Anthony Peters is undefeated in the two games he has played. The duo of goaltenders has a combined save percentage of .901 and a GAA of 2.58.

The Majors can attribute their recent success to the steady attack and scoring coming from an assortment of players. Currently, they have seven players with five points or more, in only eight games played. Devante Smith-Pelly and Justin Shugg have led the Majors’ offence with nine points each.

Without a doubt, the solid goaltending will be needed when the playoffs start and if the Majors continue their remarkable play, they will be a tough contender when the Memorial Cup comes to Mississauga.