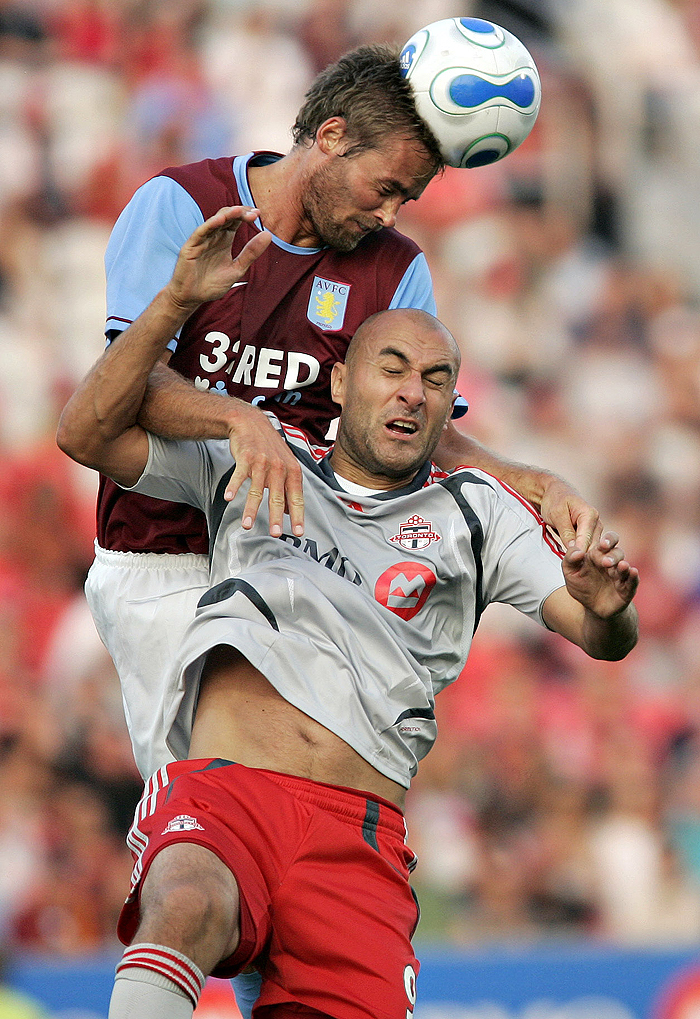 For the Toronto FC faithful, May 12, 2007 will forever be remembered as the moment when Canadas first Major League Soccer team arrived on the scene. On that day, Danny Dichio fortified his place in Toronto sports folklore by scoring the expansion franchise’s first goal ever. And three years later on September 9, the hard-nosed Englishman announced his retirement at a press conference, further cementing his place within the hearts of Toronto FC fans as the first player to retire as a member of the squad. The forward’s 16-year playing career may have officially ended, but a new one has begun: that of a coach for TFC.

In the 24th minute of TFCs first ever game, with the spectators at BMO Field desperate for something to celebrate, it was the burly fan-favourite from Hammersmith, London, that would drive the ball into the back of the net. The crowd erupted into a frenzy, hurling promotional seat-cushions onto the field in fits of joy. That goal marks the beginning of a special relationship between Dichio and his fans.

It wasnt a great goal, by any means, Dichio later said. But it meant a lot to the future of this club and Ill take that memory with me wherever I go.

To commemorate the occasion, Toronto FC fans sing Dichios praises the instant the 24th minute arrives at every game, a fitting tribute for a man who has done so much to excite and rile up the passions of one of the Major League Soccers fiercest and ruckus crowds.
While Dichio will not be remembered for his goal-scoring prowess with the club — he retired with a total of 14 goals to his name in 59 career matches for the club — it is his determination, drive, physical presence and heart that defines his career as a Toronto FC player.

A consummate professional who did whatever it took to help the franchise grow, whether it was playing injured or harnessing a limited, part-time role with the evolving younger side, Dichios presence will continue to inspire and influence. This time, he will do it as the clubs ambassador and academy coach.

Its a sad day for me because I’m retiring and I’ll never put on the boots again, Dichio told reporters at a news conference at BMO Field. But at the same time, its a happy day because I’m excited about the future and the next chapter in my life.

For Dichio, the transition from a player to coach will not be easy. A fan-favourite who played the game with an unwavering energy will surely use these same attributes as a coach to help the team grow and progress from a tactical and developmental standpoint.

While the game of soccer continues to expand in this country, the six-foot-three, 208-pound target man will be a role-model for generations of prospective players, proving that even though goals may get you the plaudits, hard work never goes unnoticed.

In a city where winning and glory usually means everything, for the die-hard Toronto FC supporters, Dichio embodied the traits of a warrior. While TFC continues to find to their footing as they push for a playoff spot, fans will never forget the man who won their hearts that 24th minute on May 12, 2007.