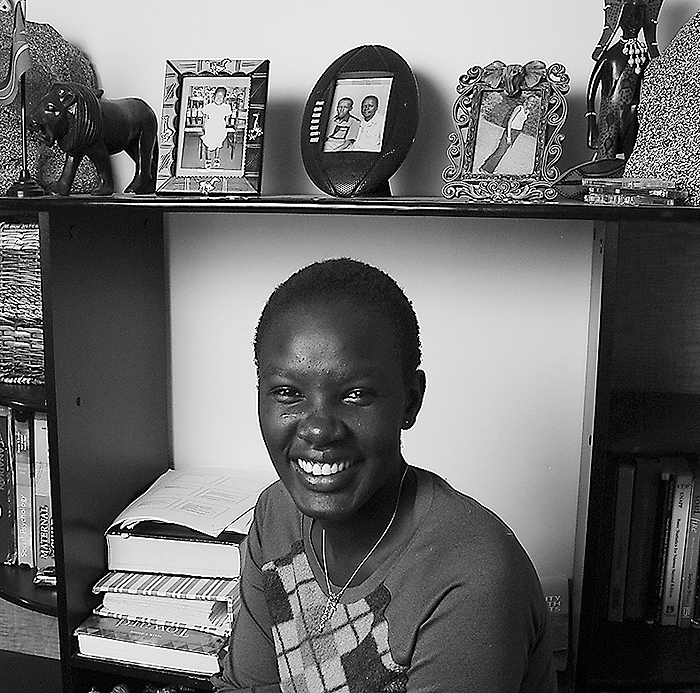 This past August, a student from Kenya was sponsored to study full-time at UTM. Abdi Hassan Ahmed is the third student sponsored through the World University Service of Canada Student Refugee Program. The SRP has helped sponsor refugees since 1978 and has 44 committees across Canada that welcomed 66 new sponsored refugees thus far this year. Last year, WUSC celebrated its 30th anniversary as well as the arrival of the 1000th sponsored student. The SRP at UTM is lead by student union vice president external Henry Ssali, Dean of Student Affairs Mark Overton, student union executive director Mohammed Hashim, Faduma Gure and Lena Elamin.

In a referendum held in March 2009, UTMSU proposed a levy introduction of $1.00 per semester for full-time students to go toward the SRP. The referendum gained student approval with 484 students voting in favour and 350 voting against. The new fee was introduced in this years tuition fees, collecting approximately $20,000.

Students at UTM previously paid $0.61 per semester, a sum amounting to approximately $12,000 annually, to the St. George campus student union (UTSU), which held a referendum in 2007 for the student refugee program at UTM.

After the consolidation of offices left full-time students represented only by the UTMSU, a memorandum of agreement between the two former offices began providing UTMSU with the full amount of approximately $12,000.00 in levies collected by UTSU from UTM students.
Through both student levies, UTMs Student Refugee Program collects approximately $32,000.00 a year, together with additional funds through fundraisers. Aside from the student levy, fundraisers on campus have successfully raised both money and awareness for the program. Orientation Week featured a morning of community service where first year students collected donations for the SRP. This year, students collected $5, 470.

The UTM administration has proven to be a strong support system for the program. For the third year coming, they have waived tuition fees, meal plan expenses and residence costs for sponsored refugee students, an amount valued to approximately $15,000 per school year.
Although UTM has only sponsored one student annually, plans are underway to sponsor an additional student each year. We are in the process of negotiating for a second student to utilize the funds donated by the students through the levy, states Ssali.

Refugee Awareness Week takes place from September 28 to October 2, with the aim of educating the campus on issues surrounding refugees and raising awareness about the student refugee program at UTM.