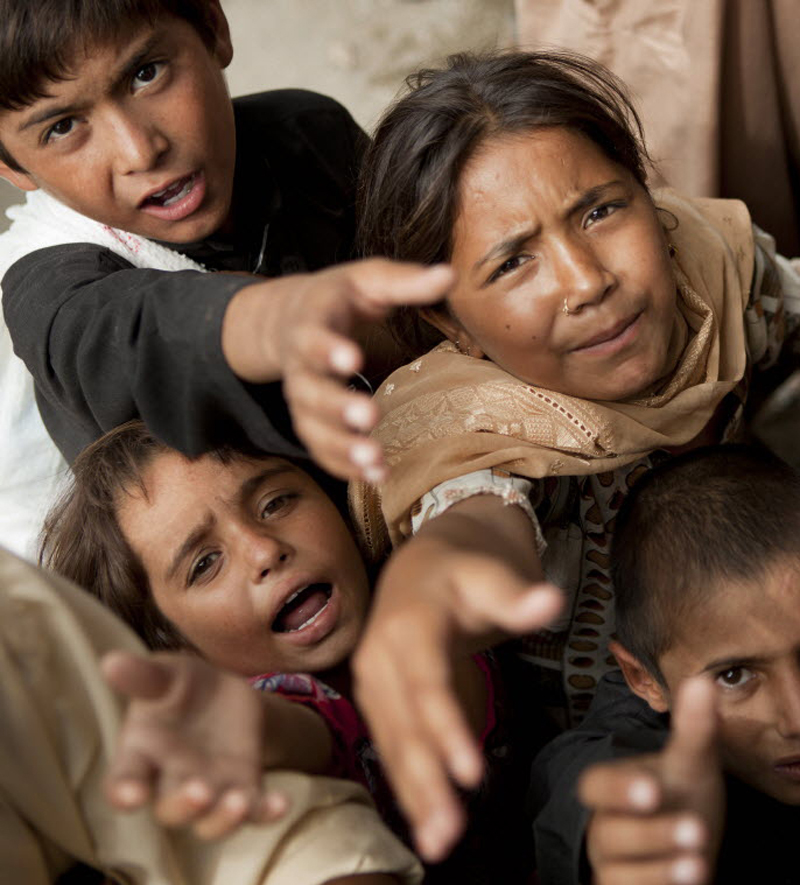 Over the past few weeks, the country of Pakistan has suffered from intense mon-soon rains in various regions, including the provinces of Sindh, Punjab, and Khyber Pakhtunkhwa. The rainfall, which was initially perceived as regular monsoon season torrential, turned into a devastating natural disaster that flooded the Indus River and its tributaries, submerging 1/5 of the country under water.

Statistics from the United Nations indicate that over a million homes have been destroyed and more than 15 million individuals and their families have been displaced. In terms of damage and geographical affliction, this count makes the disaster the worst in Pakistan’s history, and even more destructive to property and crops than the damage done by the 2004 Indian Ocean tsunami, the 2005 Kashmir earthquake, and the 2010 Haiti earthquake, combined.

Almas Jiwani, President of the United Nations Development Fund for Women (UNIFEM) in Canada, stated, “The tragedy in Pakistan is of a humongous scale. Most people are underestimating this problem as a mere monsoon season phenomenon. From the perspective of the leadership at the United Nations, Secretary General Ban-Ki-Moon has declared this disaster to be a slow moving tsunami.” Jiwani further elaborated that UNIFEM will work within the framework of international response teams operating in collaboration with the UN.

Jiwani emphasized that often during disaster recovery efforts, the gender-specific needs of women and girls are side-stepped. UNIFEM will liaise with its UN partners to ensure that food aid distribution and reconstruction efforts in Pakistan are gender-sensitive and take all avenues into account so as to promote principles of gender equality.

Jiwani hopes to organize a large-scale fundraiser for the flood victims with the help of student groups at UTM. Proceeds from the fundraiser will be allocated to the relief funds for flood victims.

An online fundraising campaign for the Focus Humanitarian Assistance flood-relief effort, launched by U of T graduate Shanifa Nasser and a group of students at the Mississauga Campus is raising funds to assist the humanitarian work of the Aga Khan Development Network . The AKDN has operated under His Highness Aga Khan IV for 40 years, providing emergency and disaster recovery efforts in Pakistan.

In the aftermath of the disaster, Nasser was one of the first students at U of T to launch a $10,000 tri-campus fundraising target, accompanied by an educational and fundraising campaign using a number of social media tools including Facebook and online campaign cards to raise awareness of the flood victims.

Emphasizing the Canadian government’s recent announcement to match individual donations to registered charities dollar-per-dollar, Nasser urges students to donate what they can. “Your donations will play a critical role in enabling Focus Humanitarian Assistance and its highly experienced emergency response staff on the ground in Pakistan to provide relief in areas such as food aid distribution, health care initiatives, resettlement projects, and economic security for the flood victims and their children.”

The Pakistan Youth Alliance, a student group at UTM,  has been particularly active in mobilizing the student population to do what they can to help the relief efforts. Recently, the group organized an Iftaar fundraiser entitled United for Hope where organizers raised funds for the flood victims through an innovative combination of a bazaar with dinner and the selling of jewellery and henna tattooing. All the money raised from the fundraiser was donated to various charities assisting the victims of the floods in Pakistan. The PYA at UTM is also organizing various daily Iftaar fundraisers in the regular school year in association with the UTM Muslim Students Association during the month of Ramadan.

The UTMSU Ministry of Social Justice will also organize a fundraiser in the Green Room of the Student Centre at 4 p.m. on Tuesday, September 7.
Kumari Giles, UTMSU VP of Equity, posted on a Facebook event page, “As UTMSU is a member of the Canadian Federation of Students, we passed a motion at our past AGM for Pakistan Flood relief. A total of $1,000 is being donated on behalf of the Ontario CFS. All the money is going to be given to Islamic Relief Canada as they do the most ground work in Pakistan. At the UTMSU, we have passed a motion at our last board meeting that our UTMSU begins the coalition with campus clubs and students to initiate the fundraising efforts.”

Mahvish Mirza, a UTM student, stated that “The University of Toronto community has been generously responsive to those in need. I am ever confident that if the current initiatives keep their momentum later into the school year, proper aid delivery and reconstruction efforts in Pakistan will greatly alleviate the suffering of the victims and provide a panacea to those withering in these painful times.”

Responding to the international emergency, various countries are attempting to meet the $460 million emergency relief aid target. The World Health Organization has reported that 10 million people are forced to drink dirty water, and many women and their newborns are at a great risk of dying due to lack of maternal health facilities.

According to estimates from the government of Pakistan, the damage to crops and infrastructure is estimated to exceed $43 billion USD. The UN food organization predicts that extensive damage to crops in the country’s bread basket could result in millions of victims suffering death and starvation in the approaching winter season.