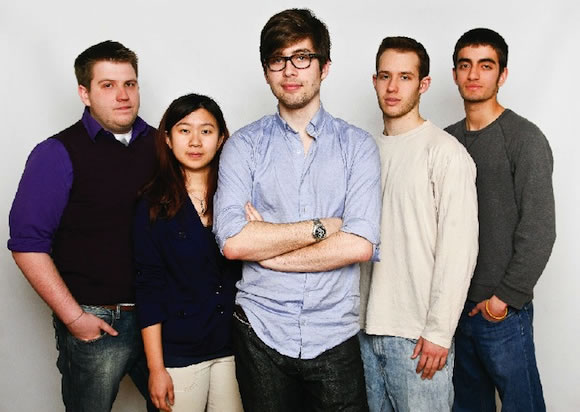 Following Sunday’s all-candidates meeting for the upcoming UTSU election, StudentsFirst, one of the two major slates, announced it was boycotting the proceedings due to alleged corruption in the elections process.

“It’s clear that the democratic principle, which the UTSU claims to respect, is not being honoured; and it is, in my perspective, and certainly in the perspective of the people on my team, [that] they’re basically working to stifle opposition,” said Matthew Gray, presidential candidate for StudentsFirst.

The slate’s decision to boycott the elections centres around the CRO’s decision to disqualify three of its candidates on grounds that incorrect student numbers were listed on their nomination forms. The candidates disqualified were VP external candidate Rohail Tanoli, and Cloe Bilobe, and Susanna Moore, Board of Directors candidates from Trinity College and Victoria College respectively.

“Basically we were being hit with this as we’re going into the meeting,” said Gray, who asked during the meeting’s question period if the disqualified candidates could re-enter the race upon a successful appeal. The CRO allegedly refused to provide a definitive answer.

“If I was deemed eligible after today’s meeting, I would have missed the candidates meeting, which meant I would have had grounds for immediate disqualification,” said Tanoli, upset to have heard of his disqualification immediately before the meeting. “He should have figured out a way to contact me, so I could have done something in advance, not 10 minutes before the meeting, when I’m standing there awkwardly, not knowing what to do with the situation.

“The problem is that all of our promotional material [has Tanoli’s] name on it,” said Brent Schmidt, VP internal and services candidate for StudentsFirst. “To design new promotional material would take anywhere from now to Friday […] we’re talking thousands of posters.

And essentially anything that we printed off before is now illegal, we cannot be reimbursed for it, because [Tanoli] has been disqualified.”

The Varsity sent News Editor Andrew Rusk and Design Editor Tom Cardoso to the all-candidates meeting. After identifying themselves during a roll call, they were confronted by one of the deputy returning officers, who identified himself as “Teddy,” and asked to leave the room.

“I dunno. I was just told to remove you,” said Teddy, who would not give Rusk or Cardoso his last name. “To be fair enough, you being here right now is disturbing things.”

“This isn’t open to anybody but the candidates,” said ERC Chair Maria Galvez, who joined the discussion between Teddy, Cardoso, and Rusk. “It’s within our elections process.”

The UTSU Election Procedure Code makes no mention of either the media or other students being barred from the all-candidates meeting.

Shortly after the meeting, the StudentsFirst slate formally announced they were boycotting the election.

“The task falls to us, basically as the challenger slate, to make sure that this election is being held freely and fairly, and it is our belief that it is not,” said Gray. “And so I think that by boycotting this we’re drawing attention to the fact that UTSU’s election processes are institutionally biased towards incumbents.

“We have no faith in the system, because it is clear that they have banned an opposition,” said Gray. “They don’t want us to be challenging them.”

“We can send out a very strong signal to people of the University of Toronto and tell them that a lot of the elections that go on at [UTSU] are not fair and they are not as open as people assume them to be,” said Tanoli.

CRO Daniel Lo was unavailable for comment as of press time.

Originally published in The Varsity