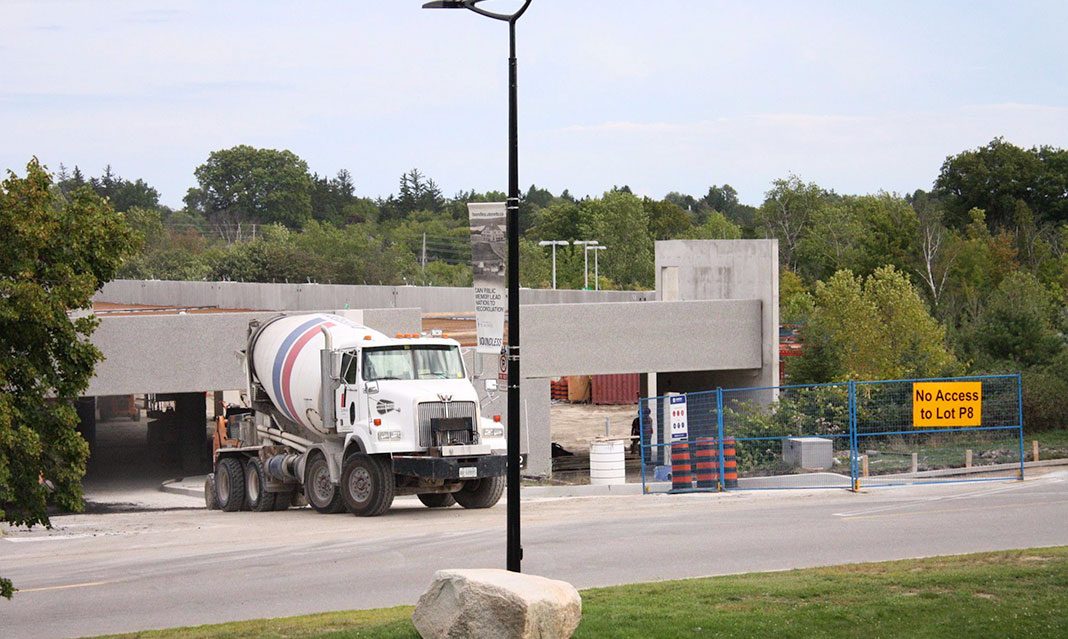 The lower level of UTM’s new parking deck will open on Tuesday, following a lack of parking spaces on campus.

The two-storey parking deck, located across the Recreation, Athletics and Wellness Center, has been under construction since the beginning of May.

Paul Donoghue, UTM’s chief administrative officer, told The Medium that there has been a construction delay due to the late delivery of the precast concrete pieces that were needed to complete the construction of the deck.

“All kinds of things can go wrong in the time of delivery, because our schedule is so tight,” Donoghue explained, adding that if it were not for the late delivery, the parking would have been ready as expected by the end of this summer, and not many students would have needed to be waitlisted.

Due to the construction of the Phase 2 North Building, other parking spots were lost as well, including Parking Lot 1 and several spaces in lots 4 and 8. This resulted in a loss of at least 230 parking spots compared to last year, according to Donoghue.

Lot 11 would have acted as temporary alternative parking. UTM was also arranging other spots, including that on the South Field.

Many more students were waitlisted this year on the parking permit list due to the loss of the spaces.

Donoghue said that the parking shortage applied to everybody, but he explained that faculty and staff members have the chance to buy the parking passes earlier than students, as they have to be on campus every day.

Donoghue stated that he received complaints from students regarding the shortage of parking spots.

“As it always is in the first weeks of September, parking will be crowded, but the major shortage has been avoided,” he said.

He also recommended that students show up early if they can, to try and avoid shortages.

Parking in the residence lot is forbidden, and parking near fire routes will result in an immediate towing of the car.

The upper level of the deck has experienced no delays, and is expected to open this November as planned.