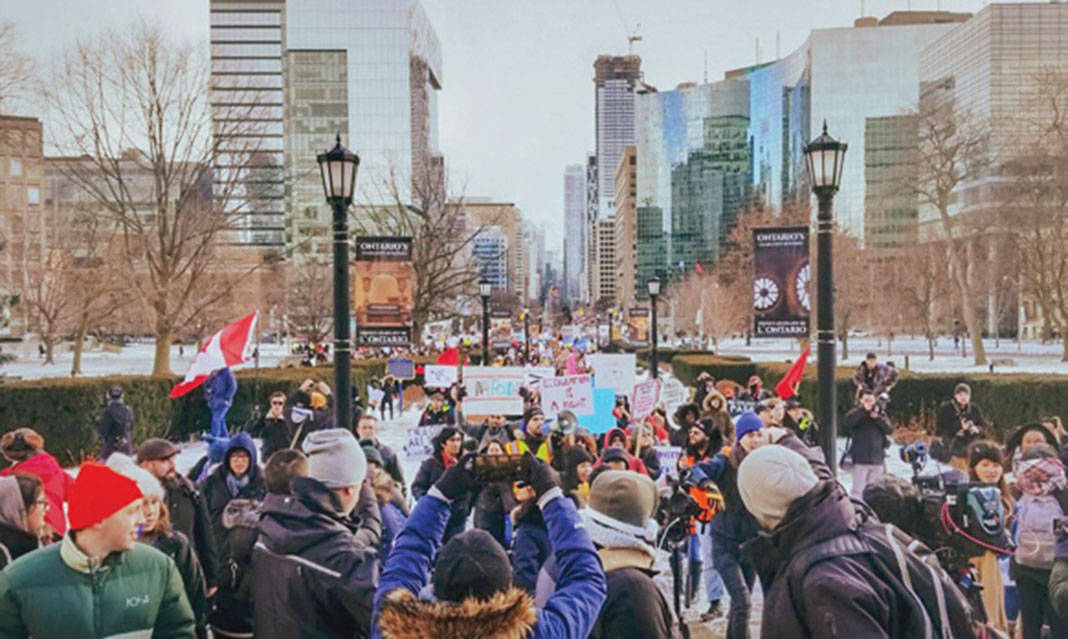 On January 25, thousands of students marched from Yonge and Dundas square to Queen’s Park to protest the announcement made by the Ontario government regarding the prospective changes to the Ontario Student Assistance Program (OSAP).

On Facebook, over 4,400 people said they would be going to the “March Against OSAP Cuts” protest, and another 22,000 said they were interested in attending.

“This year, the Ontario government has decided to target our right to education through the recent OSAP reform,” read the event description.

Students at the rally repeatedly chanted that they were not consulted about the changes and that they were a direct attack on their freedom and their education. Signs reading “access to education for all” and “fund our education” were carried by protestors throughout the march, and many students argued that they would be burdened with additional debt if the government makes changes to OSAP.

Second year life sciences student Natalia Espinosa told The Medium she joined the protest to remind the Ontario government that “education is important, and it is what allows for individuals to bring in valuable assets and improve the state of a country. Education allows us to move forward […] in positive ways and it should be an option to all.”

“Personally, I rely heavily on OSAP as I come from a low-income family made up of a single parent,” Espinosa continued. “I will have to begin thinking and searching for a sustainable job at the end of my bachelors.”

Organizers of the march argued that the changes made to university fees would fail to capture the essence of the university experience. They went on to say that clubs, societies, initiatives, scholarships and research opportunities would all be effected.

Petitions have been set up to strike down the government’s plan to establish the changes, and student representatives are working to be involved in future discussions on OSAP.

A second protest, the “Province-Wide March for Students’ Rights,” is scheduled for Monday, February 4.