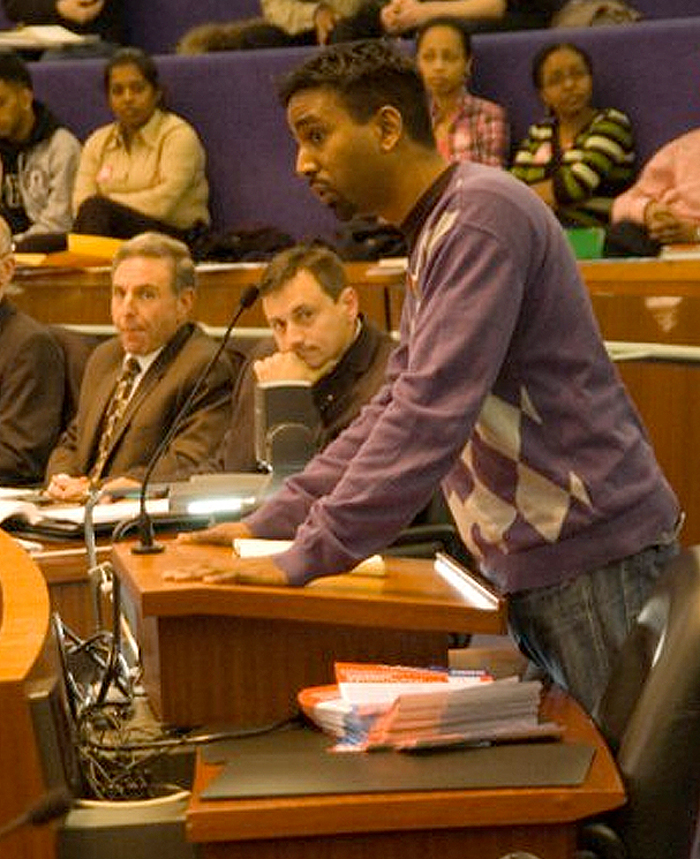 Last week, the UTMSU joined student unions from across the GTA to call on the TorontoTransit Commission to stop fare increases. Student unions came together to support an affordable transit pass. They pushed to maintain the current V.I.P. Metropass rates available for students and suggested that the TTC extend high school student rates for fares, tickets and metropasses to college and university students.

The student unions also insisted that students, regardless of age or full or part-time student status, should be eligible for a discount on the Metropasses.

The campaign, called Fair Student Fares, was launched by the Canadian Federation of Students soon after the TTC announced that it will be raising fares. Student unions across the GTA collected thousands of petitions in days to demonstrate the opposition for the fare increase and to demand concessions in the form of discounted student fares for post-secondary education students.

The concessions in student fares came after an afternoon of deputations from student leaders and representatives of the Canadian Federation of Students-Ontario, pleading that with high levels of youth unemployment and rising tuition, student have no ability to pay more.

Students have had enough and cant stomach another fare increase, said Hamid Osman of the Canadian Federation of Students at the monthly TTC meeting at City Hall.

UTMSU President Joey Santiago echoed Osmans comment. He emphasized that UTM students must be eligible for the discount as well, although some of them are not Toronto residents. Due to the growth of the UTM campus in the next 30 years, more students living in the downtown core will be commuting to UTM and will need to use the Metropass, said Santiago.

After the depositions, city councilors on the commission voted on a slightly lower Metropass levy instead of the 15 percent increase TTC staff had initially proposed.

The price of a regular Metropass will go up 11 percent to $121, rather than the $126 that was originally suggested. Post-secondary students will pay the same price high school students are charged, which is currently $99 a month. The change wont take effect until September 2010.
Post-secondary students will also be eligible for a discounted $89 a month pass under the TTC Metropass Discount Program.

This is a victory we should all be proud of. For the first time in the history of Toronto, college and university students are going to be able to pay a student rate for a Metropass, said Maria Galvez , UTMSU VP university affairs.