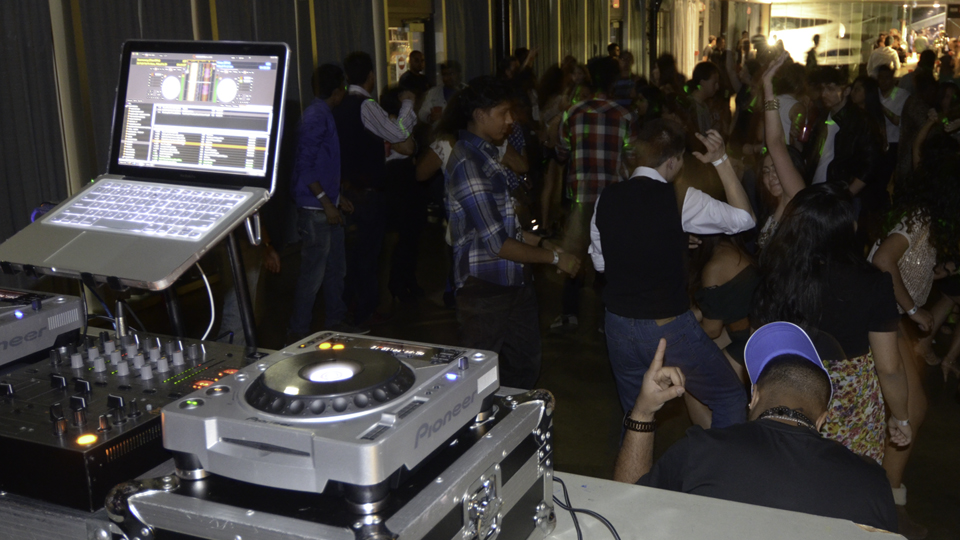 UTMSU hosted its annual First Pub on Thursday night for the scores of eager students looking to dive into this pub season.

The highly anticipated pub night sold out early in the week. Tickets went on sale Monday morning at the information booth in the Student Centre and sold out quickly. Many students waited in line that night for standby tickets.

“I only got a ticket an hour before [it opened] from a friend. They were all sold out, as far as I know,” one student remarked. “First Pub is usually a good time. It’s a great way to see everyone that you haven’t seen in a while.”

By 10:30 p.m., the line to get in curved around the Blind Duck patio. The music pounded as students huddled together in the brisk weather and made their way inside to the dance floor.

The students mostly congregated on the dance floor as the music, a mix of Top 40 songs, blasted forth from the speakers. Some were well acquainted with the pub, while others were experiencing it for the first time.

The night was interrupted at around 1 a.m. when a fire alarm was pulled inside the pub, forcing students to evacuate.

Police and fire services arrived quickly on the scene, working with Campus Police and the pub’s security to deal with the situation as quickly as possible.  It turned out that a patron had pulled the alarm unnecessarily.

Some students were frustrated.

“This sucks. Like, it’s cold out here, and we’re wasting our time. We also paid money,” one student remarked.

While they were stuck outside the pub, the attendees grew restless. Everyone settled down after about 30 minutes, when the doors were reopened.

“It’s unfortunate,” commented Chris Thompson, the president of UTMSU, about the false alarm.

Nevertheless, attendance was high and spirits were generally positive.