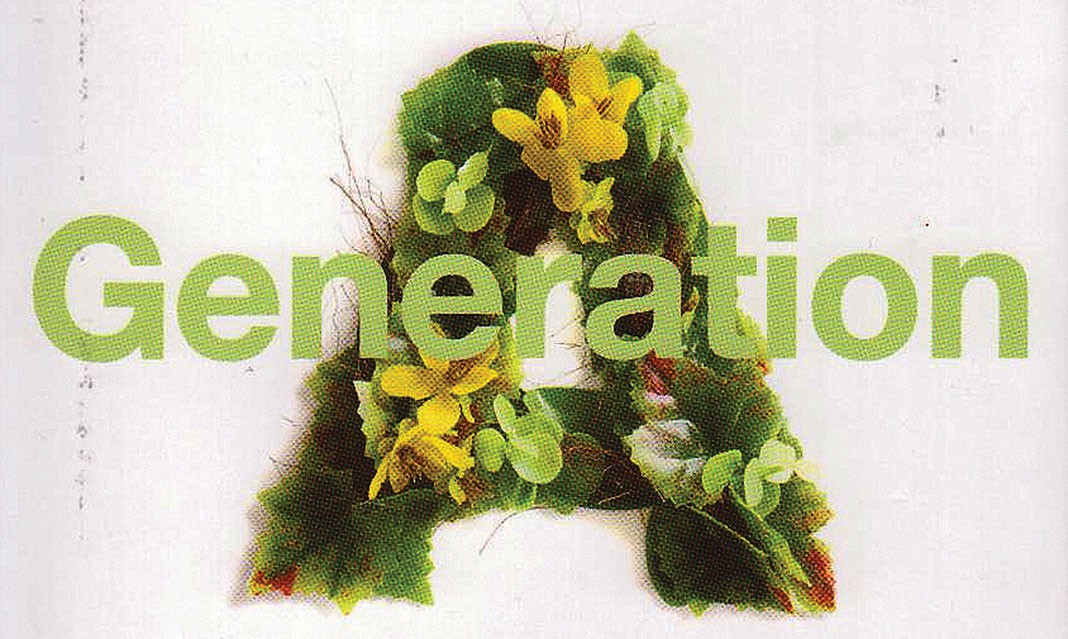 Reading is sexy. In fact, seeing a girl go through some quality Rushdie is stimulating to me in a way that my doctor and parents are starting to get worried about. Unfortunately, if you don’t know where to look for reading material, you can get into trouble; every time you turn the page of a good book, fifteen boring ones get pumlped out. So, taking upon a mantle of arrogance that’d get me punched in real life, I wrote thise article to help people find that next excellent read, and share my love of books. The scary, scary love. It’s always a hit-or-miss with Douglas Coupland. He can be brilliant (Hey! Nostradamus!) or a sitcom-writer (Jpod), but if you want a book where wit and insight spark off the pages, go for Generation A. It’s the near future and all the bees in the world have vanished—as a conseqeuence commercial farming is in dissarray, the world is on the slow course to famine, and no one seems to care. But then, six people across the world are stung by six solitary bees. Generation A is the story of these six people—about their coming together, about their lives, and about the secret that’s out to get them.

John Dies at the End John Dies at the End is one of the funniest, scariest books to come out of the indie publishing scene, or even the horror genre as a whole, in recent years. The novel began as a story on the internet forum Pointlesswasteoftime.com and acquired a cult following before being printed by Permuted Press in 2007, and Thomas Dunne books in 2009. The novel follows the adventures of David and John, two pseudo-normal guys in a depressing American town. Also there’s demonic shadows obsessed with penile humour, an interdimensional monster known as Korrok, and some of the cleverest deadpan humour since Terry Pratchett decided to stop being funny.

The Sea of Fertility Teratology Mishima’s Sea of Fertility encompasses four novels: Spring Snow, Runaway Horses, The Temple of Dawn, and The Decay of the Angel. It narrates the successive reincarnations of Kiyoyaki Matsugae—an aristocrat of 1910’s Japan—as observed by his friend Shigekuni Honda. Kiyoyaki and his reincarnations are tortured by their desires in a changing nation, and ruin themselves and those around them as they chase what they want. There’s no hope. No salvation. Just suffering the slow grind of life and what comes after. It’s bleak and beautiful and will rock your world. If you took The Blair Witch Project on VHS and taped the film to paper, you’d have ruined a perfectly good VHS. You should have read House of Leaves instead; it’s scarier and no one will look at you funny. The novel’s multiple narratives fold into each other a lot, sort of like those Russian dolls with the creepy painted eyes, but the main story you need to know is that of photographer William Navidson, his family, and the house they just moved into that’s larger by two feet on the inside than it is on the outside. As Will investigates the house’s wieird proportions, some creepy stuff starts going down as physics and logic fall apart inside his home. A dark hallway opens up in a room that shouldn’t be there, leading down into the earth, and into a labyrinth. House of Leaves takes us into the labyrinth beneath the Navidson house, and shows us what comes out of it. Scary stuff indeed. The Windup Girl is like Michelle Rodriguez socking you in the face with the butt of a laser gun: innovative, destructive, and quite arousing. The novel takes us to Thailand after global warming, carbon fuels, and genetically enchanced plagues have levelled natural plant and animal populations. The Thai kingdom is swimming in disease and corruption, with thieves and people who just don’t care. The old world is collapsing, and nothing but a rebirth is going to save humanity. But, as we learn from the book, this rebirth doesn’t come from returning to the simple times, it comes from going forward, out of the ashes, and into an uncertain future. Also, the writing itself is just perfect. Read the friggin’ book.