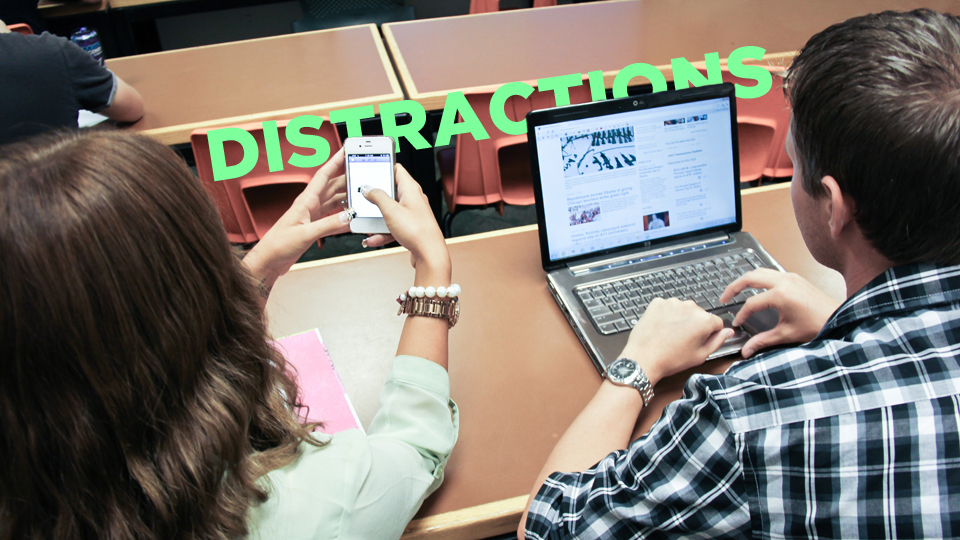 Armed with backpacks found on sale at Walmart and every type of pen known to man, we students are settling into another school year. But after the excitement of back to school shopping and escaping the bookstore alive fades, many of us dread coming to class every day.

Why are we so reluctant to pull the covers off and head to school? Has our generation become lazy and fascinated by an endless binge of Gaga, Snapchat, and Starbucks? What was once a group of kids raving about Cookie Day and the latest Power Rangers episodes, or fighting over which troll doll’s hairstyle is better, has become a group of youths with an interest in foul language and clothes sans fabric. After emerging from a typically easy high school experience, do students see university as just another four years of coasting?

Obviously, this is a huge question that takes more than one article to answer. But we can zero in on one aspect of it.

In his 2009 book Why Don’t Students Like School?, cognitive scientist Daniel T. Willingham presents his theory, in common with other recent research, that the reason students don’t enjoy school is that instructors don’t cater to the needs of every type of student.

Willingham’s theory seems to explain why students become overwhelmed and shut out the information taught to them when they’re thrown into their classes and have to learn new things in new ways.

He also argues that this is problematic because we stick to what we know. When a certain learning method has worked for us, we get stuck in it. University in particular works in such a radically different way from previous education that students encountering it for the first time feel overwhelmed and begin to shut out the information being taught to them.

Of course, says Willingham, students do have to be challenged and move up; there’s “a sweet spot, a level where learning is neither too simplistic to be interesting, nor too difficult to be enjoyable. This is the spot that teachers should always try to find for their students in the classroom.”

Moreover, the appropriate methods differ from student to student. Almost 13,000 students attend the Mississauga campus, so it’s safe to say we don’t all learn the same way.

For the average professor, going above and beyond to address each individual’s needs is pragmatically impossible between grading, meetings, research, and their personal lives. The doors to some professors’ offices never seem to be open.

That’s not to say the university is simply standing by. UTM’s primary resource is the Robert Gillespie Academic Skills Centre, located in the library, whose mission is to build students’ basic academic skills, mainly on a drop-in basis but also with resources for specific assignments and courses.

Why Don’t Students Like School? is based on the notion that we’re not learning the way we prefer to learn and thus don’t enjoy school.

Andrew Petersen, the director of the Robert Gillespie Academic Skills Centre and a senior lecturer in the Department of Mathematics and Computational Sciences, addressed this point in an interview last week.

He considers the centre’s main objective to be developing time management and proper study methods. “We try to provide lots of different ways to learn,” he said. “We have a bunch of resources that, in the end, are all attempting to get students to say, ‘How can I be the most effective? What is it that I want to learn? And do I have the confidence to make those choices?’ ”

Petersen believes teachers tend to teach what they know, and so we end up wasting our time trying to do everything our instructors tell us if and when their methods aren’t appropriate for us.

We run the risk of spending more time trying to master their methods than employing our own. One resource offered to resolve this is the facilitated study groups managed by Tom Klubi, based on a model of peers passing on techniques for dealing with a specific course they’ve taken to the next generation of students.

Petersen puts less emphasis on individualized study methods than Willingham does. “[Researchers] found out people basically use every category of learning,” he said. “Everyone learns by doing, everyone learns by seeing, as long as the context is set up right. It’s less about people and more about how you do it and how you approach it and how it’s contextualized for you.”

Although Willingham believes students have individual needs, he does reserve some doubt about categorizing learning styles. In an article he wrote with Cedar Riener in Change Magazine, he addressed why he believed set learning styles didn’t exist. Especially since newspapers were reporting that when it came to learning styles, there was no good evidence, not that the evidence was non-existent.

Willingham believes that “it’s absolutely true that we could find out tomorrow that there are learning styles. Someone could propose a new theory, or we might realize that there is a different, better way to test the old theories.

“But as things stand,” he said, “there’s no scientific reason to think that the theories that have been proposed are correct. […] The fact that we haven’t definitively proven a theory wrong seems like a poor reason to advocate using the theory in classrooms.

“To the extent that teachers use scientific theories about the mind to inform their practice, doesn’t it make sense to use theories that scientists are pretty sure are right?”

Petersen also takes Willingham’s analysis of the reason students dislike school with a grain of salt. “The professors will give you many different options with their teaching, but it’s up to you,” he said. “How do you take it?”

Yet battling our courses, work, and life outside of university often leaves us little time to attend a weekly study session or go in for a consultation.

Yet battling our courses, work, and life outside of university often leaves us little time to attend a weekly study session or go in for a consultation.

Still, he added, the goal is to equip students to ask themselves how to work with whatever they face. “Take responsibility for how you’re learning. […] Think about what’s working for you and what people are asking you to do,” he concluded.

The Skills Centre is designed to aid thinking and learning on our own accord so we’re not constantly dependent on outside sources.

Their goal is to ensure we learn what works for us so we don’t fall into the category of students who “don’t like school”, as Willingham warned.

What Willingham and Petersen agree on is that students are not learning in the way most effective for them. One places the blame on the education system, the other on the students, for not recognizing what that is. And we’re often left simply trying to deal with whatever is thrown at us.

At least both might say that a good place to start is, in Petersen’s words, recognizing that “the key is to know yourself”.