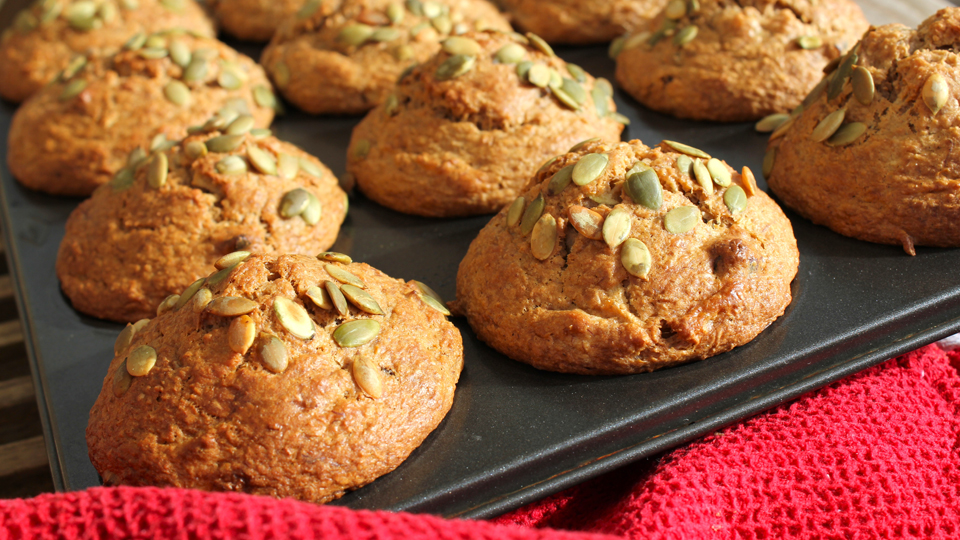 Don’t get me wrong, I like pumpkin. And I look forward to the abundance of seasonal food promotions on campus. But there are also great flavours that stay around for the whole year, like banana.

As I searched for the best banana bread on campus (of which there are apparently only two types), I discovered the variety of banana-flavoured products available at UTM, including muffins and a breakfast cookie.

As the leaves change colour and the temperature drops, it’s time to reacquaint yourself with the classic flavour that never goes out of season—literally.

After the Circuit Break Café in the CCT Building, Starbucks has become my go-to place for desserts on campus over the years. Their banana loaf does not let me down. Sold as a single but thick, square slice, this banana bread has a light, natural banana taste and smell.

The crust is as soft as the interior and topped with a light glaze. Unfortunately, there are no added spices or extras like walnuts or chocolate chips.

The quality of the banana flavour more than makes up for this absence, though.

Second Cup’s banana muffin looks too good to eat: a heavy sprinkling of cinnamon, chunks of banana chips, and a handful of chocolate chips decorate its top.

It was the only banana product I tasted that included a hint of spice. The crispy banana chips contrast well with the soft interior, although the muffin is slightly dry.

The banana flavour itself is the most artificial-tasting of all the products I tried. The chocolate chips add richness to the muffin, but impart no flavour.

Instead of the banana bread I so eagerly expected, Tim Hortons offers students a banana muffin. The walnuts make this muffin and are the source of its most dominant flavour.

They are evenly distributed throughout. There’s a reason walnuts and bananas are a traditional pairing, and the muffin does this partnership justice.

The muffin is as moist as the Starbucks banana loaf. It’s light and small and provides a punch of banana without being too rich and filling.

Chartwells’s banana bread, sold in the TFC, Colman Commons, and IB (next to Panini Fresca), is the staple banana bread of UTM. It’s sold in a package of two rectangular slices, which means you get almost twice as much banana bread for the same dollar. It has a dark and sticky crust and a flecked light-brown interior.

Like its Starbucks counterpart, this banana bread has no spices, nuts, or chocolate chips in it. The bread had a freshly baked smell, but the slices seemed slightly burnt and tasted bitter.

Second Cup’s banana nut breakfast cookie is as substantial as any bread or muffin. It has pieces of oatmeal peeking through and chunks of walnut in the middle. Like their muffin, the flavour tastes artificial. The cookie is dry and grainy.

However, it does have a nice sweetness to it that grows on you. It would make a nice breakfast alongside a warm cup of tea. Advertised as low in fat and with prune puree as one of its main ingredients, this banana treat makes a healthy alternative to your traditional banana bread.