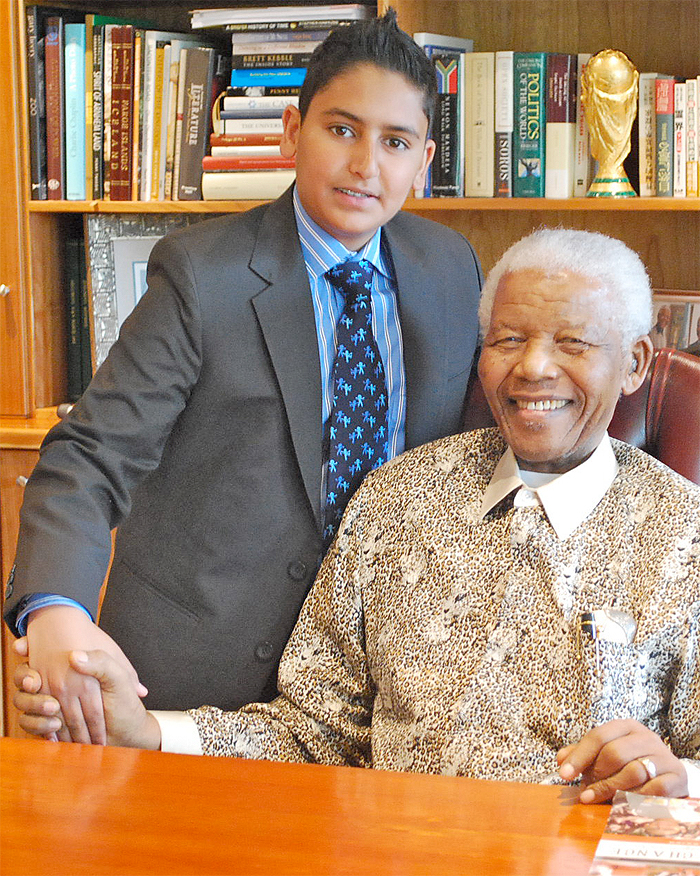 When the 2001 earthquake hit India, Rajan, who was four at the time, raised $350 by selling oranges door-to-door. This is how he started his humanitarian work. When he was seven, Rajan launched UNICEFs Canada Kids Earthquake Challenge a day after the December 26, 2006 earthquake in India. He encouraged every child in Canada to raise a minimum of $100 to help children in affected areas. Donations brought in $2.5 million.

As UNICEFs Canada Child Representative and Ambassador, Rajan works closely with UNICEF, an organization present in over 158 countries and territories. The organization provides vaccines, supports child health and nutrition, promotes quality basic education and protects children from violence and exploitation.

He started the foundation Hands for Help with the motto Remember, together we can make a difference. Another of his projects is COOkids: Contributing, Organizing and Outstanding kids, a program that allows students to raise money for their school.

Rajans book, Making Change: Tips from an Underage Overachiever, was presented by Leanne Eastwood, a Community Literacy Coordinator with the Columbia Basin Alliance for Literacy, as a useful tool relevant for adults looking for inspiration for their fundraising projects.

Rajan visited Malawi in 2005, where he spoke with children in schools and orphanages to reassure them that other children around the world are concerned about their health, education, and general welfare and are all doing something to help. In his 2007 trip to Tanzania, he made a series of educational presentations to villagers about HIV/AIDS, in which he identified the causes, symptoms and prevention. His workshop series, which outlines eight steps individuals can take to realize their true potential, was an inspiration to the school children.

Now, Rajan is embarking on a Haiti project by raising a challenge to each student in Canada to raise money for relief efforts in Haiti.

My Help for Haiti Challenge is asking each young person in Canada to raise at least $100. Were getting schools involved as well, said Rajan.

And just for fun, the school which raises the greatest amount of funds will hold a public event where the students will shave my head. The headmaster at my school, David Thompson, has also agreed to have his head shaved if his students raise more than $35,000.

Rajans newest project is Sudokuhub (www.sudokuhub.com), a website where web users pay to play sudoku. As soon as sponsors come onboard, all of the proceeds will go to UNICEFs Plumpynut Program, which feeds malnourished children throughout the world, said Rajan. He plans to make Sudokuhub a prime website for Sudoku players around the world.

Currently, Rajan is troubled by the increasing poverty in Canada. A lot of my writing and public speaking focus on inequality and childrens rights everywhere, and helps raise awareness about children poverty in Canada, said Rajan. What we need is more unity of action between youth here and throughout the world.

More information about current projects can be found on Rajans websites, www.makingchangenow.com and www.bilaalrajan.com. He can also be contacted through Facebook, Twitter or his blog.