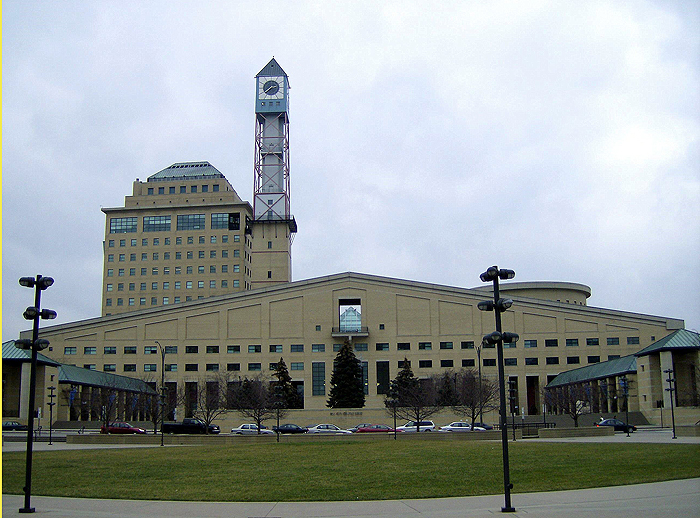 In 2007, the city of Mississauga confronted a question — how could they improve the city and stimulate economic growth while practicing environmentally friendly habits? City representatives met with firms, held meetings and deliberated amongst themselves. A series of initiatives followed, beginning with the wide topic of Mississaugas future. This first initiative was named, surprisingly enough, Our Future Mississauga and was held in 2007. Gradually, the initiatives continued and narrowed in range until they focused on one of the most important aspects of any city: the downtown core.

The city of Mississauga is the result of a handful of townships amalgamated by the province in 1974. Though this happened before many of The Mediums readers were born, the clues are obvious. The sites of the formerly independent towns, such as Streetsville and Port Credit, maintain distinctive identities, beautiful, pedestrian-friendly environments and elegant urban planning. These areas, however, are seemingly glued together by stretches of big box mats, crowded roads and rows upon rows of cookie cutter suburban blocks that treat pedestrians the way penicillin treats bacteria.

In short, although Mississauga has several well-developed communities, it is ultimately a suburb to larger and richer Toronto. A consequence of this is that Mississauga lacks an impressive downtown area, the kind where buskers patrol streets and people can meet freely outdoors, and where a bubbly, cosmopolitan atmosphere washes over the sidewalks like champagne. Its true that the city has Square One (the largest mall in Ontario. Thats got to count for something right?), a nice central library and a civic centre with a clock tower in it. The city even has something of a financial district surrounding these centres of governance and capitalism. But still, theres little comparison to be had between, say, Nicholas Hoare Books in downtown Toronto and a hulking, styrofoam Chapters from Mississauga, just as there is no comparing Square One with Nathan Phillips Square.

To some, there is no reason to develop Mississaugas downtown core to become more like Toronto. To most people, Mississauga does not qualify as a fully realised city, but exists as part of the GTA hegemony. But this is not true. Mississauga is Canadas sixth largest city and is as demographically multicultural as Toronto, complete with opera, art gallery and historic sites. A downtown core, many think, would help establish Mississaugas identity, along with benefiting the city economically.

The residents of Mississauga agree. In the many initiatives held since 2007, upgrades to the downtown as means of improving the city were at the forefront of discussion. Marilyn Ball — the citys director of design and development —said that the response from the public has been more than enthusiastic for the unveiled development plan.

The plan is called Downtown 21, for its goal of creating a vibrant downtown for Mississauga in the 21st century. The plan consists of three phases: catalyze employment, go green, and create and urban place. The long term goals of the plan will include providing infrastructure for public transit, pedestrians and bicyclists, and to create a liveable, social, cultured downtown.

According to the citys website, the first stage of the Downtown 21 plan is a research phase to gather economic, geographic and demographic information to determine where and how development should take place. This will continue for a period where the public is given a chance to input their own ideas, and ultimately culminate in actual development. The citys current action plan cites Downtown 21, saying it will be used to identify opportunities for art districts and a central park, among other things, within the next three years.

While the Downtown 21 plan seems to be underway, the development of the city is progressing regardless. The city has allocated the recently acquired funds from the federal governments Infrastructure Stimulus Fund to develop the Civic Square, which commuting UTM students may have noticed by the closing of City Centre Drive, and the high-profile Absolute World towers are steadily rising in the skyline. Residents of Mississauga and the students that commute here can only hope that once the dust of construction appears, well be satisfied with the result.