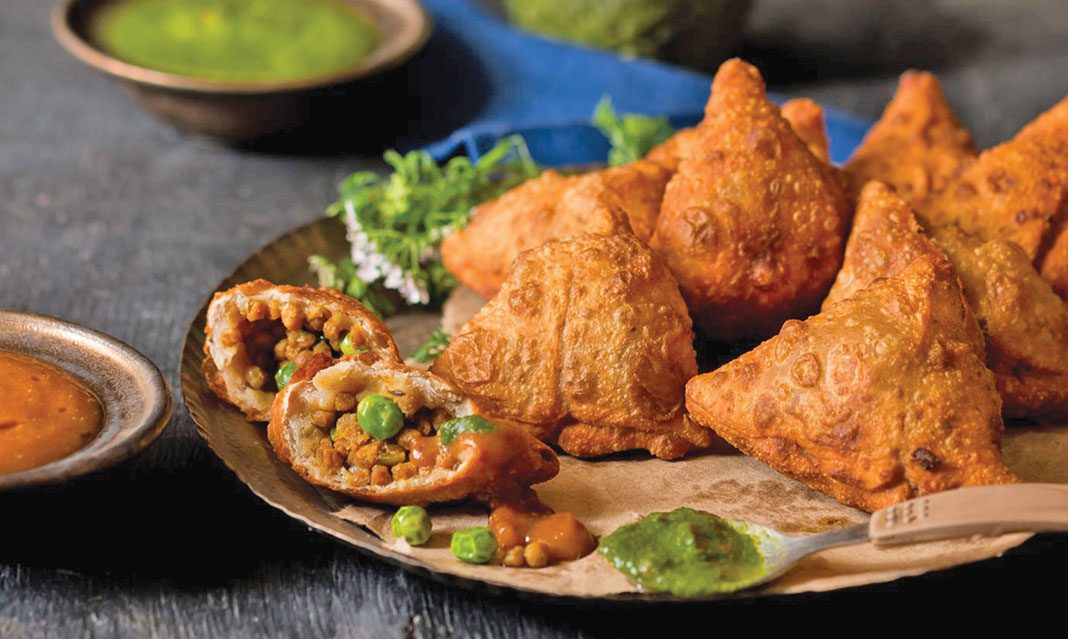 The afternoon of October 20 brought with it a brisk fall breeze and the smell of marinated potatoes cooked in pastry dough. These spiced and wrapped potatoes, or samosas, accompanied by a cashew dessert, kaju barfi, were distributed by the International Education Centre outside the Student Centre. First of a monthly Taste of Home series that hopes to explore the culinary diversity of UTM’s student community, last week’s event focused on the taste of South Asia.

“Every month we hope to showcase a different culture, and this month because of Diwali, we decided to host the Taste of South Asia, in collaboration with the Hindu Student Council,” says Raqshanda Khan, events assistant at the IEC. Along with free food, the event also gave students the opportunity to get free henna tattoos, learn how to write their name in a South Asian language, and play carrom. “The carrom board game is a very typical South Asian family kind of game, and a lot of people were actually really excited about it. I didn’t expect that […], so it was a really nice community building atmosphere,” says Khan.

Running for a second year, the Taste of Home series, as the events assistant describes, aims to introduce different cultures by allowing students to try new foods and learn new activities.“We want to present something interesting about different cultures, and it could be through anything like describing a country’s history or talking to people who speak those languages. So having an educational component to express your background and heritage to others, who may not be familiar with it as much.”

Tahiha Mahmood, a peer ambassador at the IEC, explains to The Medium: “We don’t only want to focus on international students. I feel people get the idea that because this is the International Education Centre, we only cater to them, and we want to change that idea […] because UTM is really diverse. The IEC is trying to focus on giving students an opportunity to get to know other cultures and bring the community closer.”

Inspiring a sense of community promotes connections on campus, in the face of what IEC peer ambassador Zeahaa Rehman believes, can be an isolating university experience. “It’s nice to have people recognize your culture and interact with it,” said Rehman.

Mahmood explains how learning about different cultures has allowed her to see similarities in their differences, “I’m an international student, and although earlier I felt as if I have so many things to learn […], I have seen that we are similar in so many ways.”

This year, the IEC hopes to embed a larger educational component inspired partly by the experiences of the students involved in event organization.

“I myself am a third culture kid […], so I feel like there’s a lot to express on how different cultures interact and how student communities are developed,” explains Khan.