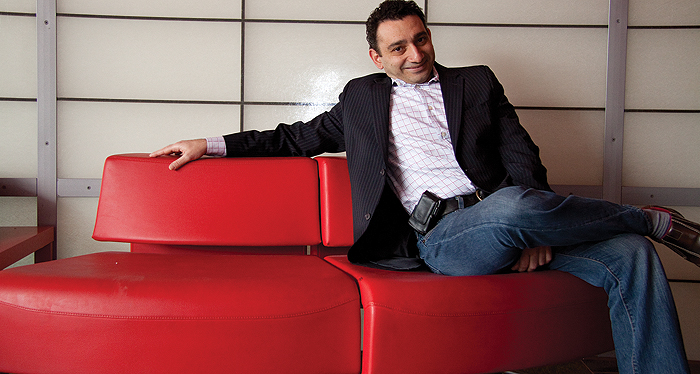 Last Wednesday, Saaliha Malik spoke to Omar Alghabra in the Fireplace Lounge.  Alghabra spoke about life after being an MP, his work with the group Students for Omar and about the importance of youth involvement in politics.

Can you tell me about Students for Omar?

After 2.5 years of parliament, there are a lot of things that were unfinished for me, and one of the biggest initiatives that Ive always been working on and thinking of doing more of was reaching out to youth. I had done some of that when I was an MP, but when I lost the election, it gave me an opportunity to reassess and reflect.  My belief has always been that youth tend to have the most energy, the most ideas and the most passion about our country, but they feel so disconnected, and Ive always felt it is the responsibility of community leaders to reach out and help bridge the gap. I started reaching out and putting out opportunities for working with the youth, and one of my volunteers came up with the idea thats borrowed from Barack Obamas campaign. Its really like those students are working for Omar, the idea is much bigger than Omar and its a title of an avenue and the most important thing is the opportunities it creates.

What is a typical day like for you now?

A typical day for me now is filled with meetings. In the morning, I read and watch the news. Twitter has become a big part of my life.  I read The Medium and post it on my Facebook once in a while, when there are articles that are relevant to what Im talking about.  I like the work The Medium does. I try to go to the gym every other morning, I usually have meetings or phone calls that are scheduled, lunch meetings, coffee meetings. Every once in a while I try to write my own blog so I post stuff online. Evenings are mostly meetings, so I spend most of my day talking to people.

When did you realize you wanted to get involved with politics?

I didnt want to be in politics in university.  In fact, it was the other way around: I didnt want anything to do with politics when I was in university. I grew up in a country where politics is really exclusive to the elite; there is no such thing as democracy or civil participation. I believed that politics were self-interested, and politicians were not really here to help university students and [were] just promoting their own agendas.  So i would just stay away from anything to do with politics or partisanship. It was later on in life that I started thinking about the meaning of life, and honestly those were the questions I started asking my self because as human beings, we tend to complain about things and we want to see things improved, but I realized thats all I did, complain. I realized that if people dont offer their own ideas, things wont change. I was motivated to get involved with social volunteerism, which is the most important instrument for social change. And thats when I jumped into politics.

What do you say to people when they say politicians dont really care about issues?

Its really a self-feeding circle. You have the complacency of politicians that are perhaps not doing enough to reach out to the youth, but then you have the natural cynicism the youth or average person has and its self feeding: the cynicism leaves the politicians alone so less pressure is placed on politicians. The less complacent they become, the more cynical students become. Get involved in politics if you think I dont care about you. Dont get involved for me, get involved for yourself, for your family, for your communities sakes. I challenge people by saying: dont let us get away with being complacent or disinterested, assert yourself in the political process. Otherwise, its really hard to see any changes.

What can university students do right now to get involved?

Educating yourself is a great start.  Political parties are just an instrument for political change, so before deciding what party to join, one has to assess their own beliefs and discover what they are passionate about. Obviously, most students are passionate about tuition fees and education in general, which is really important because we need the voices of students to be part of the conversation on policies related to education. Decisions will be made on education. The only remaining question is, will students make their voices part of the process?

What motivates you to keep active in the community?

As an immi­­­grant, I came to Canada when I was young and I know what its like to live in other parts of the world. I was raised in areas where they dont believe in democracy and civil rights, cultures of equality and justice, and there is no belief that a citizen has the power over their own destiny. And when I came here and suddenly became part of the minority, I realized that there are so many opportunities for making a change and so many issues that I used to dismiss as part of the majority, and now I have a unique appreciation for Canada and what Canada has to offer, so it is that passion about striving to protect the idea and the noble concept of democracy. Issues of social justice, equality and democratic involvement in your community—these are the issues that really keep me motivated.

What are some issues that need to be addressed in Mississauga?

Aside from tuition fees, what issues affect students?

Students are like any member of society; they are severely affected by decisions made by politicians. A municipal issue is one that many people on campus are affected by, [like] the residency issue off-campus. A lot of students are finding it difficult to find off-campus [housing] and those decisions are made by municipal government, so they are affecting student life. Provincial politicians regulates tuition fees and funding to post secondary education, the federal government supports post secondary education and also offers grants and finances some of the loans, and thats just one issue. Everything a politician does affects our lives. We may not realize it until we face a hardship. It wakes us up, but it really does affect our life. It may be too late to get involved with the process after a hardship hits you. Im suggesting, be there to avoid a hardship. Secondly, if you are faced with a hardship, you know you have the right channels and the right ears that will listen to your problems.