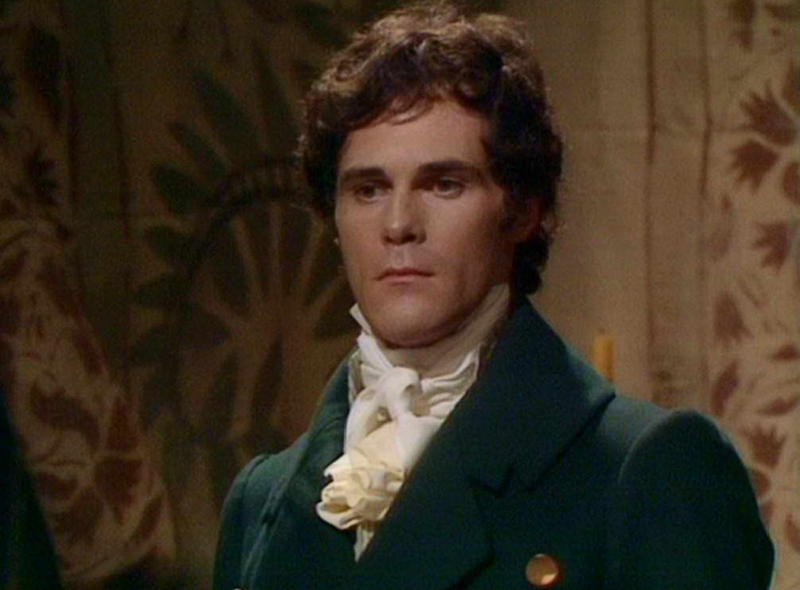 I pop Pride and Prejudice into my DVD player. I watch for the millionth time as Mr. Darcy stares into Elizabeth Bennett’s eyes. I listen as he says what every woman wants to hear: “You have bewitched me, body and soul, and I love you.”

It’s true love. It’s a match made in heaven. It’s destiny. Or is it a tangle of sex hormones, body signals, and a desire to reproduce?

Though we like to think that there’s a mystical cosmic reason for finding our soulmate, researchers believe our senses pick up on vital biological signals that hint at the reproductive viability of the opposite sex.

Elizabeth Bennett may have had large eyes, a small nose, a high forehead, and clear, smooth skin. Why? According to Jeffrey Kluger, science editor for Time Magazine, these traits are generally what men find attractive in a woman. These traits resemble those of a baby. Babyish looks indicate youth, and youth indicates higher female fertility.

Elizabeth may have also had an hourglass figure with a waist-to-hip ratio of 0.7 (meaning her waist was 70% the size of her hips).

Evolutionarily, women with this figure type communicate a higher ability to procreate. This is due to estrogen produced after puberty that usually settles 35 pounds of reproductive fat in the hips instead of the waist.

Recent research in the Netherlands has even found that women with waist-to-hip ratios higher than 0.7 are less likely to have successful births.

Likewise, Mr. Darcy may have had broad shoulders moving down to slim hips. This triangular shape communicates strength and athleticism. For women, these traits indicate a good hunter-gatherer and protector of offspring.

For both men and women, symmetry is highly desirable. Scientists believe symmetry of the face and body indicates a strong immune system, which indicates good genes.

The first time I smelled you…

You may love how your partner smells, but have you ever wondered why?

Scientists believe that pheromones communicate a person’s genetic makeup. Each person has MHC genes, or major histocompatibility complex genes, that code for special marker proteins, and in particular communicate your type of immune system. These marker proteins help the body recognize whether a cell is native to the body or is an invader.

When you smell your partner, you’re subconsciously receiving information about how similar (or dissimilar) his or her genes are to yours. The less similar they are, the more variation in genes, so the less likely that the offspring will be stuck with the harmful ones—they can take the best of both worlds. Amazingly, your brain works this out on its own.

When you call for me…

Women can judge a man’s masculinity by his voice. A recent study by McMaster University shows that men with deeper voices father more children. A man’s rich voice usually indicates lots of testosterone. If Mr. Darcy had a deep voice, Elizabeth may have subconsciously found him more masculine, mature, and healthy.

Do you feel me?

Humans have a nervous system network under the skin that consists of tactile C fibres. These fibres only respond to gentle touch. As Elizabeth and Darcy held hands during the Netherfield dance, their tactile fibers may have activated the area of their brains that feels emotion, such as pleasure.

It’s in his kiss.

Maybe Mr. Darcy and Elizabeth didn’t kiss until the end of their story, but the kiss may have “sealed the deal”. Scientists have found that a man’s saliva contains small amounts of testosterone. Testosterone acts as an aphrodisiac for women.

By kissing a woman, a man may be sneaking this hormone into the woman and spurring her sexual drive. And in both directions, saliva, like pheromones, is also believed to communicate MHC.

Everyone has theories on why Mr. Darcy and Elizabeth fell in love. Was it her intellect and wit? His mansion at Pemberly? My opinion: it was all in their MHC signal receptors.