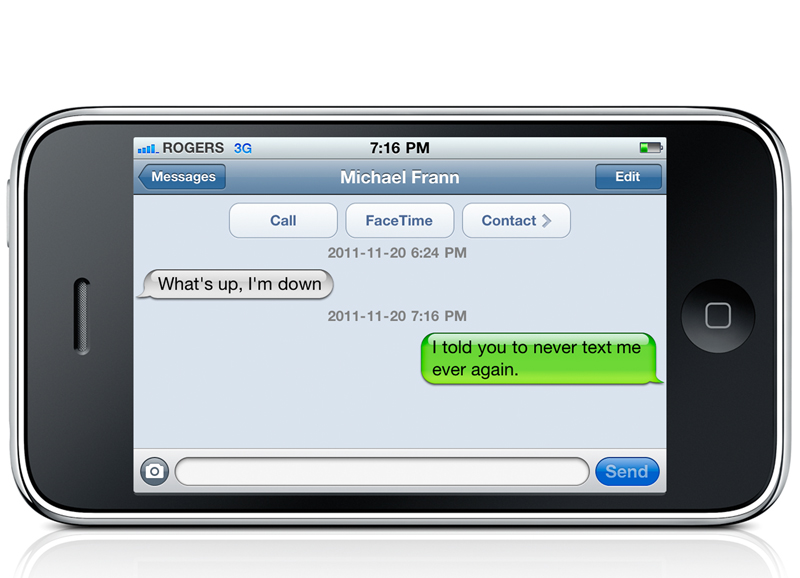 Texting has gone beyond deciding where to meet friends, asking what to pick up at the grocery store, or simply saying hi. Texting has become a worldwide phenomenon, and has revolutionized the way we water plants, improve health care services, and steal cars.

Let’s rewind for a second. Yes, plants can now text.

In 2009, scientists developed a micro-sensor that reads the moisture level of soil in houseplants. Probes buried in the soil send signals about moisture content to a circuit board, which then compares the current soil moisture to the preregistered ideal one, and then sends a message to the plant’s owner via text or Twitter. The message tells the owner whether plant is overwatered or needs watering, and even thanks the owner for watering the right amount.

If you want your plant to text you about how well you’re watering it, the “Botanicalls” kit costs $99; you build the device yourself. You may need an engineering friend to help.

Text messaging is also improving health care in poorer countries around the world.

In rural Malawi, text messaging is becoming an easier way for residents to communicate problems to their doctors. Before text messaging, healthcare workers would trek over 30 miles to deliver paper documents to the nearest hospital. Now, patients living in faraway villages can save themselves a day-long trip by texting their problems to the hospital. Texting is even hastening relief efforts by allowing communities to text the locations of recent natural disasters or disease outbreaks.

But thieves also benefit from the convenience of texting.

Researchers from iSEC Partners, a security firm based in San Francisco, recently released a video on YouTube that went viral. The two men show how they can hack into a 1998 Subaru Outback using only a portable computer and text messages. Those Subarus, and soon other vehicles in a category that will grow as technology evolves, have security systems that can receive commands through texts.

These cars’ alarm system is connected through a cell or satellite network. The car is assigned a unique number, just like a phone number or website address. If a thief discovers this number, the thief can use a PC to send text messages instructing the car to disarm its alarm system, unlock the doors, and start the car.

The researchers admit it’s tricky to find a specific car’s number. But what worries them more is that cars are not the only wireless-enabled systems. These security systems are increasingly being used for controlling and arming power plants, water systems, and other essential facilities.

Thieves can also steal a cell phone and text message the owner’s family to obtain personal security information. Police advise all cell phone users to use the actual names of all their friends and family on their cell, since names like “Mom”, “Dad”, or “Hubby” quickly let a thief know who the owner’s relations are and allow them to text one of them to ask to verify a security number. Imagine someone texting your loved ones and saying something like, “I forgot my social insurance number. Can you go get my card and text me the numbers?” Worse, if the thief has stolen other things of yours too, like house keys, they could even ask when family members be out of the house.