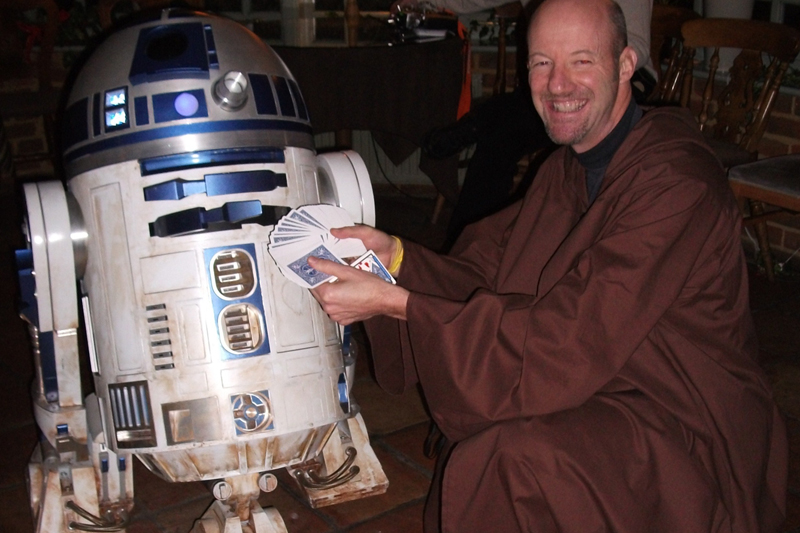 In 2007 Bill Gates wrote the article “A Robot in Every Home” for Scientific American, in which he describes “the emergence of the robotics industry” as “developing in much the same way that the computer business did 30 years ago”. In 2050, he foresees a world where computers will perform physical tasks for us (and hopefully not fulfill Alex Proya’s vision of I, Robot, and attempt to destroy the human race).

In 2011 we are far from achieving this world that Gates envisions, but there’s a large number of robots that have been created for human use.

Take, for example, household robots like Mint. Mint is a square-bodied robot that consists of two big wheels and a removable pad holder that sweeps floors. This robot has “Indoor GPS”, which allows the robot to determine its location in a room by having a source that transmits an infrared beam of light to a room’s ceiling and allows it to avoid obstacles (cost is $250). There are also robots that iron. The Dressman Robot dries and presses shirts. It has the shape of a figurine, and when one places a damp shirt on the ironing figure, the dummy inflates with hot air, puffs the shirt up, removes creases, and dries the garment (clothes have to be wet to be used on this robot). The size of the dummy can be adjusted to that of the garment, allowing for the ironing of all kinds of shirts.

If you are in need of a robot to help you tidy up clothes, your hopes are a bit closer to coming true with the creation of William Garage’s towel-folding PR2 robot. First, using its arms, the robot picks up the towel from a pile and flips it around slowly in the air so that its high-resolution cameras can scan the towel to estimate its shape. Once the robot finds two adjacent corners, it begins to fold by laying the towel on a flat surface. The robot actually smoothes the towel after every fold. As nifty as it is, the robot takes an average of 1,478 seconds, or 25 minutes, to fold each towel.

Leonardo da Vinci’s 1495 sketch of a mechanical knight, which could sit up and move its arms and legs, is considered to be the first plan for a humanoid robot. A number of robots are also being created to mimic humans and the tasks that we do, such as talking and even hugging. Wakamaru is a domestic robot that first appeared in 2005 whose role is to provide companionship to elderly and disabled people. The robot is yellow, stands a metre tall, and weighs 30 kilograms. It has two arms and a flat circular base. Wakamaru can connect to the Internet and has limited speech in both male and female voices, as well as speech recognition abilities. Its functions include reminding the user to take medication on time and calling for help if it suspects something is wrong—that’s for $14,000.

There are also robots that can play with human pets. Mint Robot 2 is a robot that can throw (or propel) balls for dogs to fetch, with two cameras, one located in each of its eyes, and infrared features to see in the dark.

Despite all the advances in robot development, we are still far from achieving a world in which robots are prevalent, but we are much closer now than we were a few years ago.