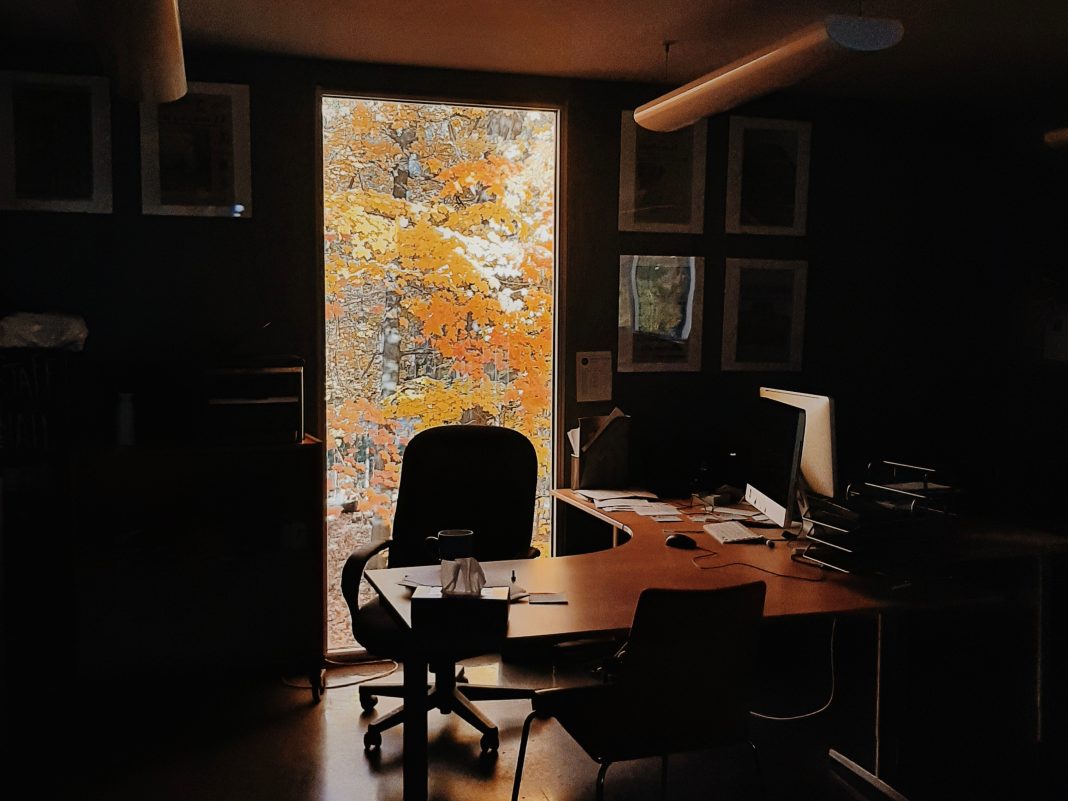 The two of us were pushing my mini fridge across campus in a bright red trolly cart on a humid summer day in 2019. And when I say we were pushing, I really mean you were pushing, and I was prodding you to hurry because we had borrowed the cart from residence after hours and by my friend’s good graces. As you joked about how our ice cream in the fridge was going to melt, my mind wandered off to where in the office we were going to put the damn thing. I also thought about everything I wanted us to accomplish in the short time we would run this newspaper together.

It has been said that the role of the press is to write the first rough draft of history. At The Medium, we’ve had the opportunity to document it in its first, messy, and evolving form, and to ask tough questions like “who is being left out of the conversation” and “what is an alternative to the dominant perspective?” This is what I hope we’ve done: contextualized the present as students and works in progress ourselves, with unique and varied understandings of the world.

I’ve always loved the sentiment of brevity, of creating a narrative that is inconclusive. By capturing moments on our campus and of our lives into such a compact space, we extend the impact of our rough drafts past their current time. Our work covers everything from reporting breaking news to having conversations with individuals about how their pasts influenced their current perspectives. For the past two volumes, we’ve taken these snapshots so that students in the future can carry these stories with them and draw their own parallels.

We started this year with a video series called Quarantine Stories, where we interviewed students and faculty about their summer of social distancing and how the pandemic has shaped their personal and academic lives. From then on, all 23 issues we released shone a light on stories that exemplified not only the challenges we face but also the optimism we possess. Our two magazines, The Essential Issue and The Growing Issue, focused on big ideas in the form of personal essays and features that will hopefully resonate beyond the time they were written. Throughout the year, learning to cover the evolving news and articulate the issues that matter most to our student body has constantly reminded me that there is nothing more powerful than non-fiction storytelling.

“‘What is your main priority next year? What would you do if you received backlash from an article? How do you decide when not to publish an article? What is your vision for The Medium?’ I feel like we need more ‘everyday stuff’ questions,” you say, playing with the gold ring on your middle finger.

“What is an ‘everyday stuff’ kind of question?” I ask.

“I just want to know if they’re going to be able to set stuff down and prioritize The Medium.”

We were sitting in the office, listening to the low hum of our mini fridge and drafting questions for the masthead election forum. With four days until the end of our time at The Medium, we couldn’t help but pick the “big” questions. Our final month had been plagued with anxieties about the future of the newspaper and what its purpose would be going forward.

Volume 47 is bound by the tradition, rules, and precedent set out by the past 46 volumes. But only by a thread.

When I wrote my first article back in 2017, I had no idea how immense of a beast The Medium truly is. The newspaper is 47 years old. Throughout those years, thousands of students have interacted with the paper, either as readers, contributors, editors, photographers, or designers. The Medium’s archive is a window, and through it is a past that is rich, and fiery, and exciting. Unfortunately, few bother to look through it anymore.

I’ve combed through The Medium’s archive for hours before, discovering interesting characters and watching the past rhyme with the present. UTM has always had a pep problem. Members of the students’ union have always been zealous. The Student Centre has always been lame. I had thought that the problems we were writing about were original. Instead, I learned that they are eternal. It’s natural to not see the patterns of the past. These are the blind spots of history. Too much time has passed, and too much of it has been recorded. Where does one even begin?

We’re standing on the shoulders of giants, but the giants have been buried up to their necks. We’ve spent the past two years trying to dig them up.

If you want to innovate and grow, you have to reach back into the past to understand what’s come before. Otherwise, you’ll never know if what you’re doing is truly unique.

But what happens when we forget the past?

For one, we can quickly find ourselves without a blueprint. If everyone forgets the old, everything becomes new. There is no suggested path forward and no customs to follow. There are no opportunities to build on what’s come before. For a campus newspaper, this problem is always present.

Students are transient, and so are the people that make up The Medium team. Every year, a new Editor-in-Chief shoulders the responsibility of leading the newspaper. They have to coordinate with their staff and editorial board to ensure that all weekly deadlines are met. I would argue that for the past decade, each new Editor-in-Chief has come into the position with only a semblance of what their long-term vision of the newspaper will be. It can get lost among the day-to-day responsibilities and constant stream of work that needs to be done.

Only in the last two weeks of my time here have I really started to think about the future of the paper or what the purpose of The Medium even is. I had an idea throughout my time as Editor-in-Chief last year, but I never took the time to flesh it out.

The Medium offers a record of the campus history—from life on campus to construction updates, scandals with the administration, student politics, Theatre Erindale productions, and varsity games. We offer students an opportunity to develop themselves professionally. We strive toward the truth. We foster curiosity and we encourage students to play gracefully with ideas through writing.

All of that is borne out of The Medium’s legacy and the conventions of print media. The publication has lasted this long because each team has followed the rules set out by those who came before.

The two of us started this journey of leading The Medium back on that humid summer day in 2019. We carried a lot of fear about whether we were up to the task—whether we could bridge this enormous gap we felt was at the heart of the newspaper. Over the past two years, we’ve had to deal with constant criticism, an apathetic student body, a poorly thought-out Student Choice Initiative, and a global pandemic. All this has been deeply challenging and troubling but wholly rewarding.

We cultivated a newsroom that we’re proud of and surrounded ourselves with passionate, creative, and ridiculous people who have made these two years so good. We spent countless conversations thinking about what it means to be a newspaper in a time when newspapers are all but obsolete and news media is handled so recklessly by journalists and readers alike.

This letter is our final snapshot—an attempt at condensing three years’ worth of our lives at The Medium into 1500 words. All this time, we’ve endeavored to write the first draft of a new vision for the paper’s future.

Have we bridged the gap? Definitely not. All we’ve done is pushed the boulder a bit further uphill. We have seen what The Medium has been and know what it could be, and we’ll make that clear to whoever comes next. There’s still a lot of work to do and it’ll require a lot of care, but we’ll leave it here for now. We’re happy with that.