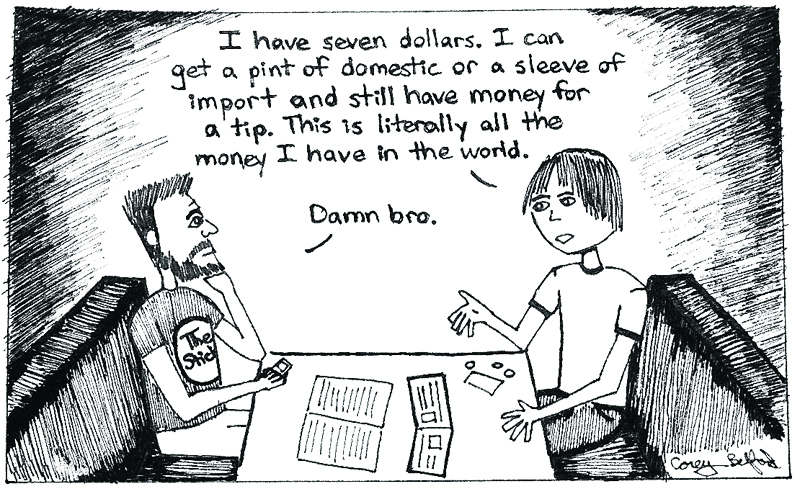 One of the more interesting points raised at last week’s All Candidates Debate was the issue of differential international student fees and their place in Ontario universities and colleges. Our own Student Union president, Gilbert Cassar (an international student himself), brought up the point during the question period of the debate and heard a wide range of answers from the candidates. There was finger-pointing (the PCs want to eliminate the Trillium Scholarship), claims of austerity (Ontario is running a massive deficit so funding should be limited), and, not surprisingly, vague quasi-solutions (giving international students “incentives” to stay and help our economy).

What the candidates didn’t mention (and this, I’m sure, was a conscious effort on their part) is the reality of university funding in Ontario.

Most university students have not had the pleasure of paying taxes. (It is an incredibly sobering experience.) But luckily, students generally do not earn enough taxable income, nor do they own property or other valuable assets that can be taxed.

On the other hand, a median-income family, earning, say, $50,000 a year, is subject to around 30% total income tax (approximately 10% provincial and 20% federal). That means around $5,000 per family goes to our provincial government, which in turn provides funding for our universities, among other services. Fun fact: students are usually part of families that pay taxes.

Some argue that international student fees are used solely to generate revenue for our province and that it is unfair not to subsidize them with government dollars. That said, I believe it is important to foster other kinds of funding for international students. Scholarships, grants, and interest-free student loans are all great methods—especially when distributed on the basis of merit.

It seems to me, though, that the issue most students should be concerned with is the decline in per-student funding from the government. Due to the influx of post-secondary students in recent years (a result of Dalton McGuinty’s “Reaching Higher” program), per-student funding is declining from a high of around $7,700 in 2009/10 to around $7,000 in 2013/14—a 9% drop.

This begs the question: Should universities be accessible to a wider population at the cost of the quality of education? Similarly, is it fair to subsidize international students at a time when funding is dropping off?