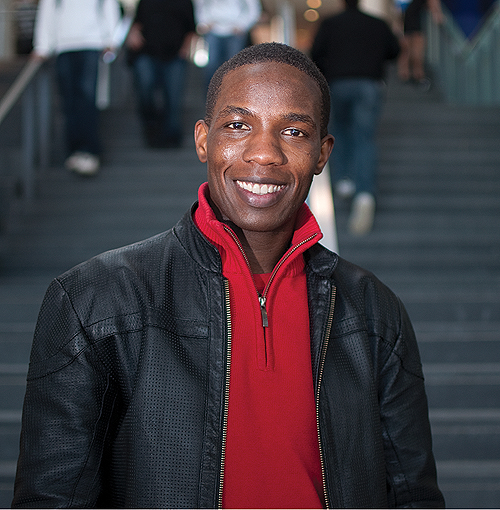 “Our team is inspired by regular students to advocate for Democratic Renewal in their students union. Our platform focuses on UTM First. We will organize around the fundamental issues that are affecting students on a regular basis such as constructing a warm bus shelter by the end of the first semester for students who stand in the cold waiting for their buses. We are lobbying for support from administration to work with us in bringing a GO bus route at UTM, which will help students who come from Brampton, Markham, Burlington and other parts of the GTA to have an easy commute to school. This will reduce the time spent commuting and it will help in environmental sustainability.
We will renew grassroots consultations to help the student union understand what students need and will encourage them to participate.
We will ensure that all students have the opportunity to participate in their students union not because of who they know, but because we’re all students and paying members to the union. We will do this by ensuring that we empower students by renewing grassroots consultations and reforming the caucus system.
We will renew conversations and implement the Students Center Expansion to accommodate the growing number of students on our campus, offer more study and office space both to individual students and active clubs on campus and negotiate with the administration to allow us a student-run food court in our student centre.
We will work with the Career Center to introduce an Electives Fair, which will educate all students regardless of their programs or years of study on the numerous options they have out there. This will save them not just time wasted in taking electives they don’t understand but the money they spend taking and dropping them as a result of lack of awareness.
We are planning to introduce a GO bus route at UTM and also constructing a warm shelter for commuter students. We have already started the conversations with the GO bus administration and the university to evaluate the feasibility of implementing such a service on our campus. York was able to do it… we can too because we are
U of T.
Our team, UTMRENEW, is giving students a chance to choose who will serve their best interests for the next 12 months. This time students don’t have to just vote YES/NO. Students have a chance to ask the important questions and elect the right team that is willing to empower them and that team is
UTMRENEW.” “Our team’s name, Students United, says it all. We are running on a platform of uniting the student body, because we believe that united we stand, divided we fall.
My team and I are very clear on one point: we are here to represent the students. We will communicate with the administration at meetings and try to resolve all issues at these forums, to fight for the services that students deserve. But if these forums are not successful, if we are being stonewalled by the administration, we will take the issue back to the students at commission meetings and townhalls, so that the entire student body can determine the path that the student union should take.
Our entire campaign is based on the idea that a Student Union is nothing without the involvement of the students. If elected, we want to create a new communications strategy to outreach to all students. This includes, but is not limited to, advertising all meetings of the UTMSU, further collaboration with clubs and academic societies to reach out to more students, and holding bi-weekly Commission Meetings to make sure that every student participates in the UTMSU’s decision making system.
Something new that we are bringing to the table is an idea of how to deal with tuition fees. We want the administration to split tuition fees payments to a per semester basis, so that students aren’t burdened with having to pay for both semesters upfront. We also want to work with student unions across Ontario to reform OSAP, to increase the share of the loan converted into a grant and to increase the amount of time after which your loan starts incurring interest.
Every year, the enrolment at UTM increases, yet infrastructure expansion is not keeping up. Students want and deserve more space. We want to ensure that a 50 cent to every dollar match from the university to go towards expanding the Student Center, so that there is more space for food options, clubs offices and a convenience store.
We want to increase the academic services that students receive from both the students’ union, as well as from the university. A new initiative that we will produce is an Academic Advocacy Service. This is an office that is run by the students union, where students can come to if they feel that they have been wrongfully accused of academic misconduct. At this office, they can receive advice as well as representation for meetings with administrative members.”