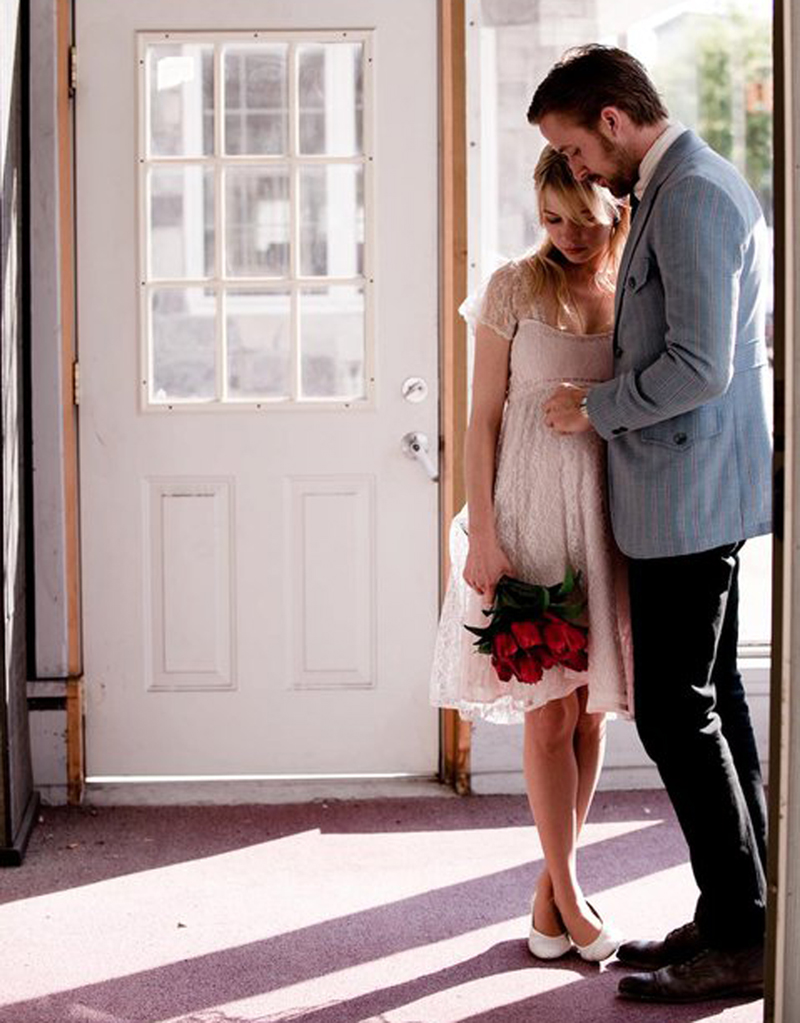 A devastatingly honest and realistic portrayal of a decaying marriage, Blue Valentine hits you where it hurts. It profoundly analyzes the relationship between Dean (Ryan Gosling) and Cindy (Michelle Williams), jumping back and forth from the past where they meet and fall in love to the present, after they have been married for six years and sparks aren’t flying anymore. The problem at its core is that Dean and Cindy see different things for their life and for each other. Cindy wants Dean to reach his full potential, to do something with his life, but Dean is content with being a house-painter, and even happier just to be a good husband and father. For Cindy, that isn’t enough anymore, and the love that they once shared is only apparent in their passionate arguments, disagreements, and mutual love for their daughter.

A project that has taken director and writer Derek Cianfrance about 12 years to complete, Blue Valentine ventures deeply into the most romantic and unbearable moments a couple must face. What makes the film such a successful depiction of love and family is that it comes from a real place. Cianfrance, Gosling, and Williams are all children of divorced parents, and so all of their personal experiences with this subject matter are deeply woven into the film. Also, since the script for the film had been written and rewritten about 66 times, when it came time to shoot, both lead actors improvised much of their performances, which gives the film an extremely authentic feel. Even the direction is spot on, and such brilliance is found in the little details.

The transitions between time periods always have the most appropriate timing, and what is most astonishing is how well Williams and Gosling know their characters. They are able to play them at two different ages, only six years apart, and though the audience doesn’t see what exactly takes place in those six years, the growth and the changes in their characters is so believable that it’s easy to fill in the gaps on your own. On that note, these performances are two of the most brilliant, resonating and unforgettable performances that anyone will ever see on film. Gosling and Williams deserve all the praise in the world for truly making this film what it is, because their sole devotion and understanding of Dean and Cindy could not have been portrayed as effectively by anyone else. The chemistry that they share is so strong that it’s hard to believe that what is demonstrated on film is fiction, that we aren’t watching real life.

Blue Valentine is among the most powerful, effective, and heartbreaking films that you will likely ever see. Every single aspect of the film is done to perfection, and the mood that it creates is impossible to escape. Even the soundtrack, composed mostly by the indie band Grizzly Bear, suits the film beautifully. It creates an atmosphere that’s extremely moving and profound, and so painstakingly real that you hope it will never become your reality. Even though it it has a depressing subject, the film must be seen because it’s a landmark in modern filmmaking. This is a movie that people will be going back to for years, because it’s a lesson on how to beautifully execute such a dire subject, yet in a way that still makes for an amazing experience. This is a film that will leave a true mark on you, and will be hard to shake even days or weeks later. The lesson it provides is not only for filmmaking, but for life.                          ★★★★½