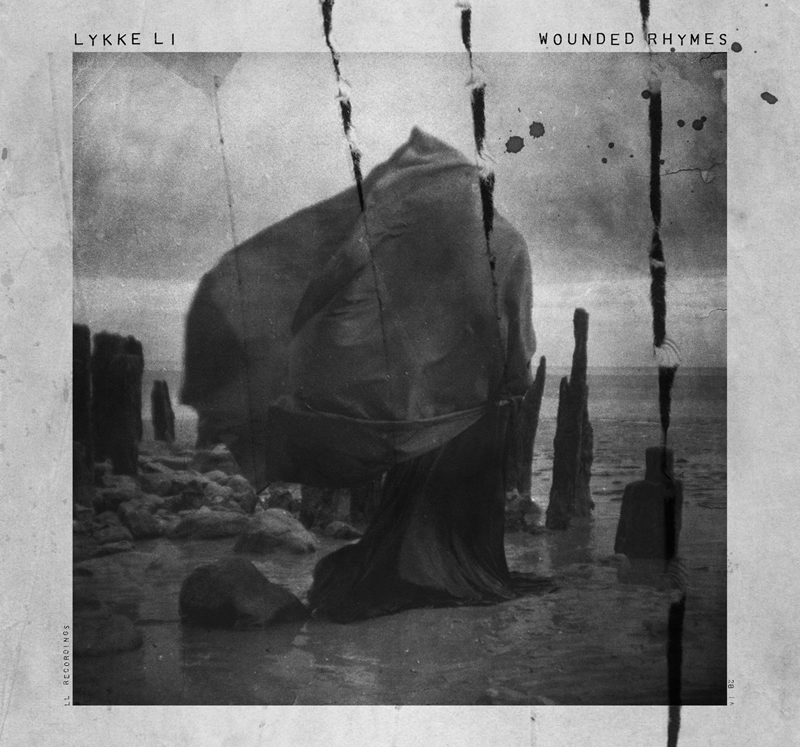 It’s been a long couple of years since we heard Lykke Li’s highly enjoyable debut album back in 2008. Youth Novels was an obvious success with Li’s soft, high-pitched vocals along with catchy rhythms that filled the record. But as the years passed, everyone wondered where the Swedish native had disappeared to. Yet with the release of her new single, “Get Some”, a couple months ago, it was clear that Li was coming back with a bang. The soft-spoken indie gal has strayed from the fun path of Youth Novels, and has entered a new, dark mindset on Wounded Rhymes.

The first track, “Youth Knows No Pain”, has a very distinct sound of playful organs and throbbing drums. It definitely holds curiosity with the interesting title and catchy melodic hooks. We hear Li singing, “Come on, get down, make a mess,” and this foreshadows the sound of the remaining tracks. It looks like Li has shattered the crystal image of Youth Novels and crossed into the grey haze that her second album conveys. From listening to the very first track, there is absolutely nothing wrong and everything right about this darker feel.

Tunes such as “Love out of Lust” and “Unrequited Love” have a very heavy theme of love. Although the songs occur right after another on the album, redundancy does not seem to be an issue. Both of the songs have a mellow feel, accompanied by simple strings and slow drum beats. The effortless and outstanding harmonies, specifically in “Unrequited Love”, share a sense of calmness and uniqueness.

In the dead centre of this record, the single “Get Some” is the perfect balance between the more ominous lyrics in the rest of her songs. It’s one of the songs on this album that allows the listener to let loose. With blatant lyrics like “I’m your prostitute, you gon’ get some”, it’s clear the record isn’t all about mourning and troubles. This tune illustrates that the more mature and demanding side of Li is surely alive.

As we move towards the end of Wounded Rhymes, the darker aura returns with the topics of surrender and pleading. In the song “I Know Places”, Li tries to persuade a lover that they would be better off in another unknown place. This tune, along with the final few, is extremely soulful and raw, with Li’s heart placed on a platter for everyone to see. It is a beautiful sound of such honest and relatable words.

The overwhelming and sometimes church-like musical performance on this album is exceptional. It works perfectly with Li’s unadorned vocals and occasional harmonizing. Wounded Rhymes is an emotional story that can be celebrated on the dance floor at times, or therapeutically and intimately through your earphones. Overall, Li’s change of character was a step towards the dark side, and frankly, there’s nothing to be afraid of.