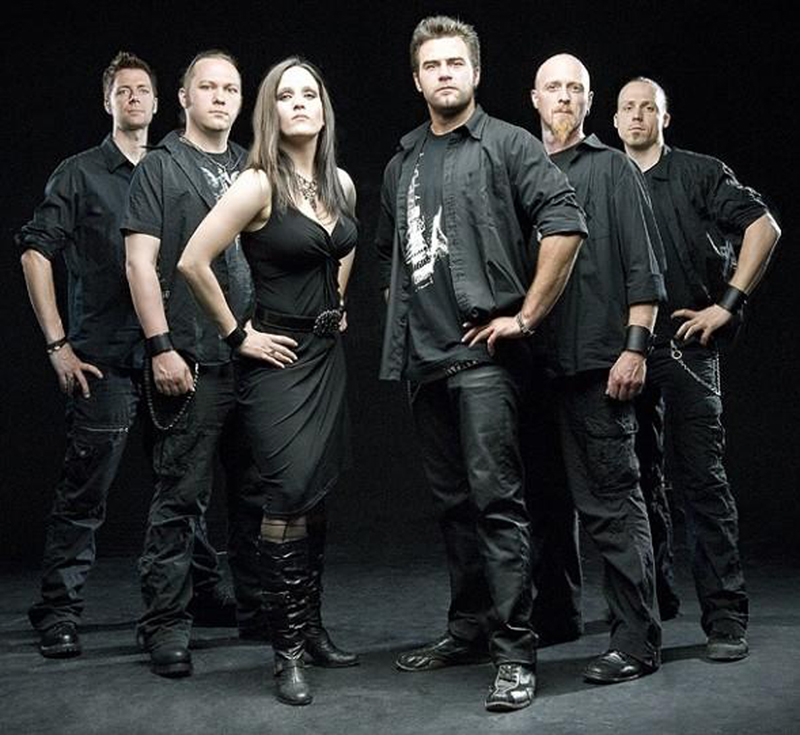 Van Canto is an a capella metal band from Germany with a unique makeup of five vocalists and a drummer. Van Canto label their heavy/power metal style as “hero metal a capella”, which resulted in their second studio release, Hero, in 2008.

Their debut album from 2006, A Storm to Come, didn’t become popular until they started opening in Europe for bands such as Nightwish and Rage, which then spurred them on to their 2008 release. Their fans started biting and demanding more from this group of singers, so they released their newest album, Tribe of Force, earlier this year.

What makes this band different from any other, outside of the fact that their instruments are all vocals, is the precision in which they create the illusion of instrumental sounds. As fans tune into their YouTube hit cover of Manowar’s “Kings of Metal”, they hear Stefan Schmidt’s blazing vocal guitar solo being contrasted with Ingo Sterzinger’s low “dandan” vocals. In their cover of Nightwish’s “Wishmaster”, the band shows their melodic side as Inga Scharf takes centre stage and showcases her high range and operatic tones being uplifted by Ross Thompson’s high-pitched “rakka-takka” vocals (Van Canto’s signature sound). Van Canto’s original composition, “Speed of Light”, shows listeners why Dennis Schunke is the lead singer with his godly-powerful falsetto and overall vocal precision.

Van Canto has done several other covers and has featured guest vocalists in their songs—most notably singers Hansi Kürsch (Blind Guardian) in their 2008 hit, “Take to the Sky” and Tony Kakko (Sonata Arctica) in their 2010 release, “Hearted”. Both songs can be found on YouTube through the band’s own channel, “vancanto”.

Van Canto, from their inception to the present, have exploded into the metal market as the only a capella metal band to have both produced an album and to have a contract with a major label. Their newest release, Tribe of Force, was produced by Nuclear Blast—one of the world’s largest metal music labels—and they have continually gained a larger fan base ever since.